Zombie cells found in brains of mice prior to cognitive loss 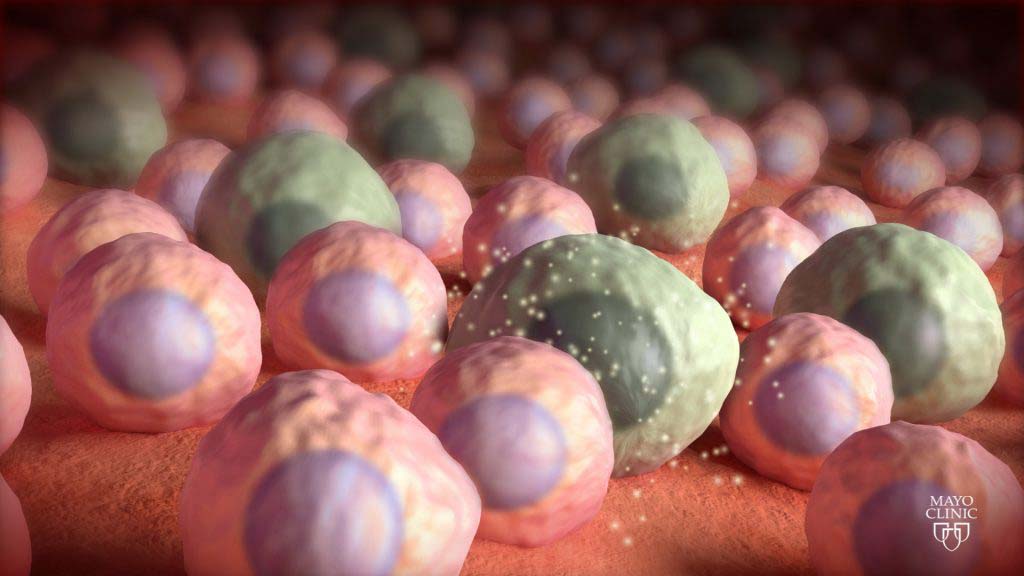 Senescent cells (represented here in green) no longer function but can broadcast inflammatory signals to the cells around them. These cells are implicated in a number of age-related diseases © Mayo Clinic

Zombie cells are the ones that can’t die but are equally unable to perform the functions of a normal cell.

-AMAZONPOLLY-ONLYWORDS-END-
These zombie, or senescent, cells are implicated in a number of age-related diseases. And with a new letter in Nature, Mayo Clinic researchers have expanded that list. 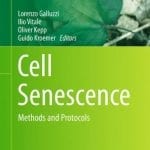 In a mouse model of brain disease, scientists report that senescent cells accumulate in certain brain cells prior to cognitive loss. By preventing the accumulation of these cells, they were able to diminish tau protein aggregation, neuronal death and memory loss.

“Senescent cells are known to accumulate with advancing natural age and at sites related to diseases of aging, including osteoarthritis; atherosclerosis; and neurodegenerative diseases, such as Alzheimer’s and Parkinson’s,” says Darren Baker, Ph.D., a Mayo Clinic molecular biologist and senior author of the paper. “In prior studies, we have found that elimination of senescent cells from naturally aged mice extends their healthy life span.”

In the current study, the team used a model that imitates aspects of Alzheimer’s disease.

“We used a mouse model that produces sticky, cobweb like tangles of tau protein in neurons and has genetic modifications to allow for senescent cell elimination,” explains first author Tyler Bussian, a Mayo Clinic Graduate School of Biomedical Sciences student who is part of Dr. Baker’s lab. “When senescent cells were removed, we found that the diseased animals retained the ability to form memories, eliminated signs of inflammation, did not develop neurofibrillary tangles, and had maintained normal brain mass.” They also report that pharmacological intervention to remove senescent cells modulated the clumping of tau proteins.

Also, the team was able to identify the specific type of cell that became senescent, says Dr. Baker. 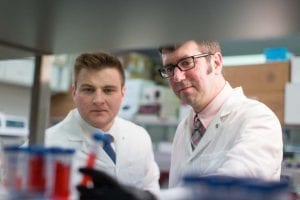 “Two different brain cell types called ‘microglia’ and ‘astrocytes’ were found to be senescent when we looked at brain tissue under the microscope,” says Bussian. “These cells are important supporters of neuronal health and signaling, so it makes sense that senescence in either would negatively impact neuron health.”

The finding was somewhat surprising, explains Dr. Baker, because at the time their research started, a causal link between senescent cells and neurodegenerative disease had not been established.

“We had no idea whether senescent cells actively contributed to disease pathology in the brain, and to find that it’s the astrocytes and microglia that are prone to senescence is somewhat of a surprise, as well,” says Dr. Baker.

In terms of future work, Dr. Baker explains that this research lays out the best-case scenario, where prevention of damage to the brain avoided the disease state. “Clearly, this same approach cannot be applied clinically, so we are starting to treat animals after disease establishment and working on new models to examine the specific molecular alterations that occur in the affected cells,” says Dr. Baker.