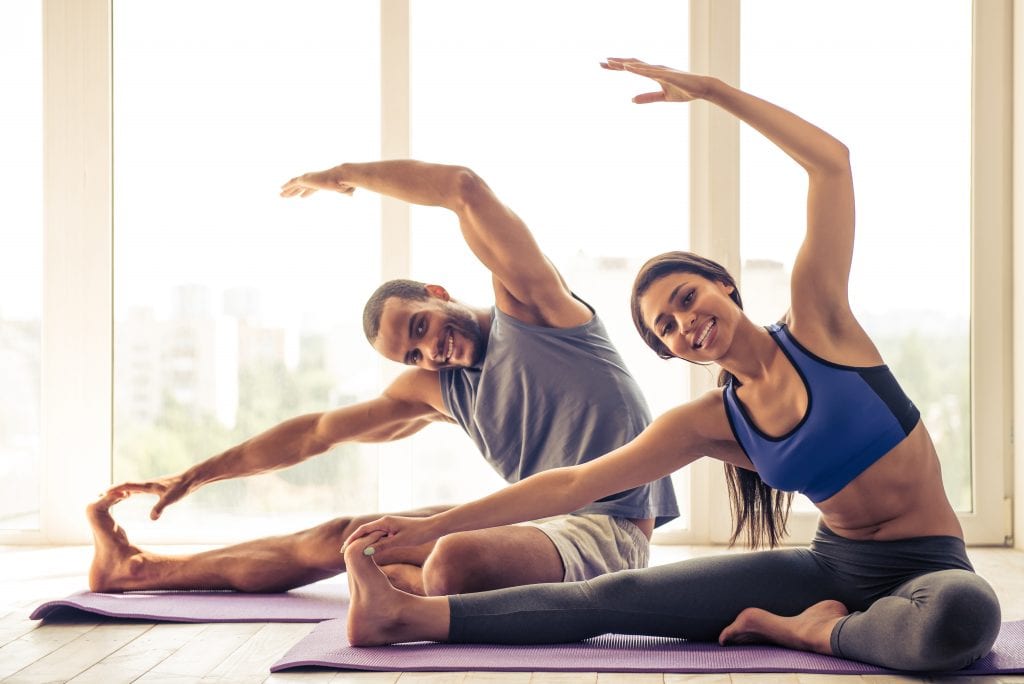 People who suffer from depression may want to look to yoga as a complement to traditional therapies as the practice appears to lessen symptoms of the disorder, according to studies presented at the 125th Annual Convention of the American Psychological Association.

“Yoga has become increasingly popular in the West, and many new yoga practitioners cite stress-reduction and other mental health concerns as their primary reason for practicing,” said Lindsey Hopkins, PhD, of the San Francisco Veterans Affairs Medical Center, who chaired a session highlighting research on yoga and depression. “But the empirical research on yoga lags behind its popularity as a first-line approach to mental health.”

Hopkins’ research focused on the acceptability and antidepressant effects of hatha yoga, the branch of yoga that emphasizes physical exercises, along with meditative and breathing exercises, to enhance well-being. In the study, 23 male veterans participated in twice-weekly yoga classes for eight weeks. On a 1-10 scale, the average enjoyment rating for the yoga classes for these veterans was 9.4. All participants said they would recommend the program to other veterans. More importantly, participants with elevated depression scores before the yoga program had a significant reduction in depression symptoms after the eight weeks.

Another, more specific, version of hatha yoga commonly practiced in the West is Bikram yoga, also known as heated yoga. Sarah Shallit, MA, of Alliant University in San Francisco investigated Bikram yoga in 52 women, age 25-45. Just more than half were assigned to participate in twice-weekly classes for eight weeks. The rest were told they were wait-listed and used as a control condition. All participants were tested for depression levels at the beginning of the study, as well as at weeks three, six and nine. Shallit and her co-author Hopkins found that eight weeks of Bikram yoga significantly reduced symptoms of depression compared with the control group.

In the same session, Maren Nyer, PhD, and Maya Nauphal, BA, of Massachusetts General Hospital, presented data from a pilot study of 29 adults that also showed eight weeks of at least twice-weekly Bikram yoga significantly reduced symptoms of depression and improved other secondary measures including quality of life, optimism, and cognitive and physical functioning.

“The more the participants attended yoga classes, the lower their depressive symptoms at the end of the study,” said Nyer, who currently has funding from the National Center for Complementary and Integrative Health to conduct a randomized controlled trial of Bikram yoga for individuals with depression.

Elsewhere at the meeting, Nina Vollbehr, MS, of the Center for Integrative Psychiatry in the Netherlands presented data from two studies on the potential for yoga to address chronic and/or treatment-resistant depression. In the first study, 12 patients who had experienced depression for an average of 11 years participated in nine weekly yoga sessions of approximately 2.5 hours each. The researchers measured participants’ levels of depression, anxiety, stress, rumination and worry before the yoga sessions, directly after the nine weeks and four months later. Scores for depression, anxiety and stress decreased throughout the program, a benefit that persisted four months after the training. Rumination and worry did not change immediately after the treatment, but at follow up rumination and worry were decreased for the participants.

In another study, involving 74 mildly depressed university students, Vollbehr and her colleagues compared yoga to a relaxation technique. Individuals received 30 minutes of live instruction on either yoga or relaxation and were asked to perform the same exercise at home for eight days using a 15-minute instructional video. While results taken immediately after the treatment showed yoga and relaxation were equally effective at reducing symptoms, two months later, the participants in the yoga group had significantly lower scores for depression, anxiety and stress than the relaxation group.

“These studies suggest that yoga-based interventions have promise as an intervention for depressed mood and that they are feasible for patients with chronic, treatment-resistant depression,” said Vollbehr.

The concept of yoga as complementary or alternative mental health treatment is so promising that the U.S. military is investigating the creation of its own treatment programs. Jacob Hyde, PsyD, of the University of Denver, gave a presentation outlining a standardized, six-week yoga treatment for U.S. military veterans enrolled in behavioral health services at the university-run clinic and could be expanded for use by the Department of Defense and the Department of Veterans Affairs.

Hopkins noted that the research on yoga as a treatment for depression is still preliminary. “At this time, we can only recommend yoga as a complementary approach, likely most effective in conjunction with standard approaches delivered by a licensed therapist,” she said. “Clearly, yoga is not a cure-all. However, based on empirical evidence, there seems to be a lot of potential.”