Why do some head knocks cause more damage than others?

Veteran sailors know that rogue waves can rise suddenly in mid-ocean to capsize even the largest vessels. Now it appears that a similar phenomenon called shear shock wave occurs in the concussed brain. It may help explain why some head knocks cause so much more harm than others. 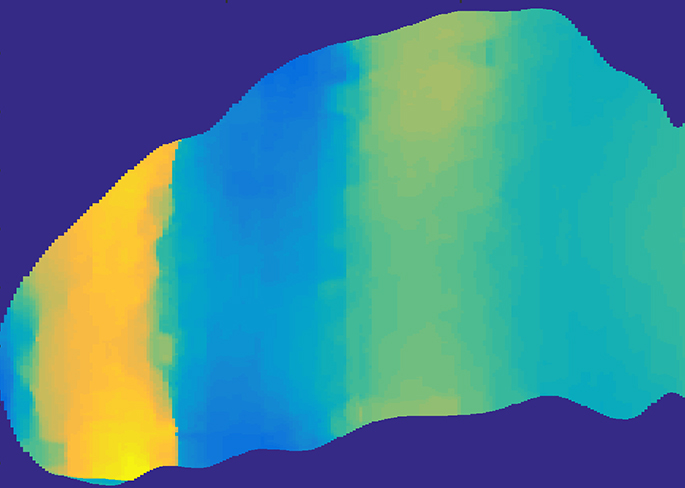 This is a velocity map of the brain. The transitions between blue and yellow indicate a shock front.

“We’ve observed for the first time this particular wave phenomenon in the brain, and we think it could be a primary mechanism of neural injury in many types of head trauma,” says Gianmarco Pinton, PhD, an assistant professor in the Joint UNC-NC State Department of Biomedical Engineering. Pinton, research assistant professor David Espindola, PhD, and research technician Stephen Lee described their observations in a paper published in Physical Review Applied.

For several years, Pinton has been trying to develop better ultrasound imaging techniques for tracking shear waves in living tissue. He’s been focused on the study of impact-induced shear waves, which jostle tissue with relatively slow, side-to-side forces, in contrast to the better-studied compression waves that travel in the direction of impact at the speed of sound.

Ultrasound imaging technology is already available for tracking shear waves in tissue but only relatively small and weak ones. Pinton and colleagues, with help from recent advances in a technology called ultrasound elastography, developed an ultrasound imaging device and data-processing algorithms to track the larger, more powerful shear waves that they and other researchers suspect cause tissue damage after head injuries.

For this study, UNC scientists used the brains of pigs, which had been previously euthanized during different lab experiments elsewhere. Pinton’s team found that impacts resulted in shear waves that sometimes bunched up and intensified deep within the brain tissue to form short-lived shock waves. Though the shock waves didn’t last long, they delivered almost ten times the tissue-ripping acceleration seen in the initial shear wave.

“It was surprising to us that this amplification of the wave acceleration was so strong, but it was very clear,” Pinton said. “And it’s also clear that we should be looking into these short shock waves as a potential source of brain damage. For instance, neurons subjected to a 40g wave front might be fine. But a 400g wave could destroy neurons.”

“G” stands for gravity. And “g-force” represents a change in an object’s velocity. When you slap someone on the back, that’s about 4g or 5g. When you jump three feet in the air and land with your legs stiff, that’s about 100g. But in that jump, your brain is not receiving the force.

Importantly, the brain is not attached to the skull. So, during a car collision or a big football hit, the brain accelerates extremely fast as it smacks against the skull, causing waves to propagate throughout brain. This can lead to injury and concussions. It’s been generally thought that concussions result from impacts of about 90g to 100g. But on-the-field measurements of head impacts challenge this assumption. Other researchers at UNC-Chapel Hill have studied hundreds of thousands of head impacts during football practices and games. Only a few of the players to experience 85g were concussed. But some players suffered concussions at only 60g. Why?

“We think that shear shock waves might explain this particular puzzle,” Pinton said. “It’s easier to form these waves in the brain with low frequency impacts – impacts that are sustained for longer periods. Differences in the frequencies of the impacts thus could explain the big differences in clinical outcomes.”

Pinton said shear shock waves might help explain other mysterious patterns of damage in head injury cases. Strong concussions, for example, often cause diffuse axonal injury, a seemingly random pattern of spots throughout the brain where neural wiring has been torn.

“The brain has a complicated geometry, and you can imagine a disorganized wave propagating through it so that in certain spots these shockwaves develop and subside, leaving behind damage in this otherwise inexplicable pattern,” Pinton said.

He notes that when shear shock waves reflect off the skull or structures within the brain, they can give rise to even more intense zones of acceleration nearby. Conceivably, that could explain other head injury-related findings such as the distinctive pattern of tau protein deposits in cases of chronic traumatic encephalopathy (CTE). 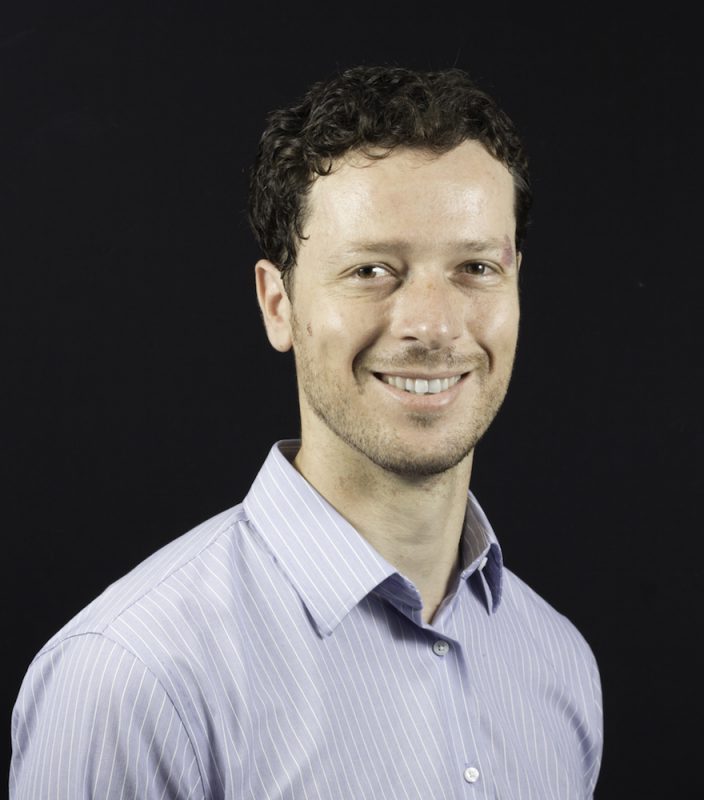 The next step for Pinton and his team is to try to connect the physics of shear shock waves to actual clinical injuries. The researchers are now working with a larger research group at UNC, which has put acceleration-measuring instruments in the helmets of UNC football players. When players sustain high g impacts and show concussion symptoms, Pinton and collaborators evaluate their MRIs.

“We’re trying to simulate how the shear shock waves formed in the brain of the athlete, to see if we can find a way to predict when these impacts will cause real harm,” he says.