& how can we best treat them in psychotherapy? 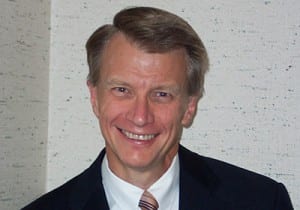 In association with my colleagues, we (references below) have advanced the position that all relevant emotional sensory memories are stored in the cerebral cortex, in the same location where they are originally processed. In addition, whenever a new sensory memory is formed in the posterior cortical lobes (i.e., parietal, occipital, and/or temporal), there is a corresponding action memory formed in the frontal cortex. Cortical memories that were formed with significant emotional arousal can in turn reactivate subcortical structures that lead to increased emotional arousal. Thus, the fact that the subcortical areas (e.g., amygdala) activate does not mean the memories are stored subcortically. I want to take the opportunity to explain these aspects in more detail and how negative emotional memories can affect one’s current functioning, as well as one’s “personality.” I believe the concepts provide support that psychotherapy can be the most effective way these memories can be effectively addressed. Along these lines psychotropic medications impact the subcortical level and cannot change the cortical memories once those memories are permanently consolidated.

First, our view is that whenever significant sensory emotional memories are activated in the posterior cortical areas, the projections from the cortex to the lateral amygdala lead to output from the central amygdala. The central amygdala output leads to the fast onset “fight-or-flight” patterns, such as occurs in a panic attack, via projections to the interomediolateral cells in the spinal cord that in turn activate the sympathetic ganglia. The prolonged slower hypothalamic-pituitary-adrenal axis effects result from the central amygdala activation of the periventricular nucleus of the hypothalamus. Thus, the subcortical activation and associated physical reactions are viewed to result from the cortical sensory negative emotional memories.

The second important aspect is that the most influential negative emotional memories are typically housed in the right posterior cortex. As we have suggested, the non-verbal emotional processing, including those tied to influential interpersonal relationships, occur in the right cortex. We have provided detailed information on why we believe the right cortex’s design allows faster, less detailed processing. Interpersonal non-verbal communication involves such aspects as voice inflections and facial expressions that lack much detail. Thus, the right hemisphere can process these aspects quickly in a very accurate fashion. Since we have further supported the view that the left frontal operculum (the area in and around Broca’s area) is where all “verbal” thinking (what is often referred to as “consciousness”) occurs. This area in which our internal verbal dialogue occurs does not have any direct connections via interhemispheric tracts to the right posterior cortex. Thus, there is no manner to allow direct verbal “conscious” control of the right hemisphere emotional memories that lead to negative emotional states (e.g., anxiety, dysphoric mood).

I have included the references below for the articles supporting these concepts. These include those describing the detailed neurophysiology of the model and those discussing how this applies to psychotherapy. These are all available on my profile page at researchgate.net and academia.edu for the interested readers.

Moss, R. A. (2013). Psychotherapy and the brain: The dimensional systems model and clinical biopsychology. Journal of Mind and Behavior, 34, 63-89.