What is a Dangerous Liaison?

What is a Dangerous Liaison?

Advancements in neuroscience and brain imaging inform us that the neurology of the Cluster B Personality Disorder‘s brain may be impaired or lacks the same neurological responses of a person with empathy and conscience. For instance, studies on the brain waves of psychopaths have indicated that there is a marked difference in how their brains react to certain stimuli. Because they may have no feeling and no concern for others or themselves, the threat of fear does not trigger the same response in the brain of a psychopath that it does in another person.

This suggests that there is something in the chemical or genetic makeup of the person that makes them who or what they are; it isn‘t necessarily a choice they‘ve made. My point in outlining this is that the likelihood that Dangerous Liaison Types will change is small and they rarely seek help as they don‘t believe there is anything wrong with them. If they do seek help it is often because of an ultimatum from their partner who is about to take them back for the umpteenth time and this was the condition they reunited under. Also, they tell lies – how are you supposed to believe anything they say in therapy and many, many therapists are unable to diagnose that their clients have Cluster B Personality Disorders. Dangerous Liaisons get extreme pleasure out of duping their therapist or a professional in this related field. Dangerous Liaisons are extremely difficult to detect and many therapists have also fallen under their spell. They are the most convincing liars and unfortunately we do not have a built in BS detector that sends a signal to us: Con Person full of deceit has arrived. It would be wonderful if we did – it would save many of us from so much pain, loss of money, trouble and waste of our precious time.

In fact, many Dangerous Liaisons present as perfect citizens and models of success; it is only the people who live with them in a more intimate capacity that are subject to the atrocities of their cruel behaviour. Many people who know the Dangerous Liaison in friendship and or a business capacity do not know what they were capable of until they became romantically involved with them.

The first step to protecting yourself in the dating and relationship space is to understand and accept that underneath the surface we are not all the same. This is not about labelling or judging this cohort of our population but more about accepting who they are. What we do currently know about this particular group is that they do not have the capacity to change in adulthood as their neurological brain wiring is different. 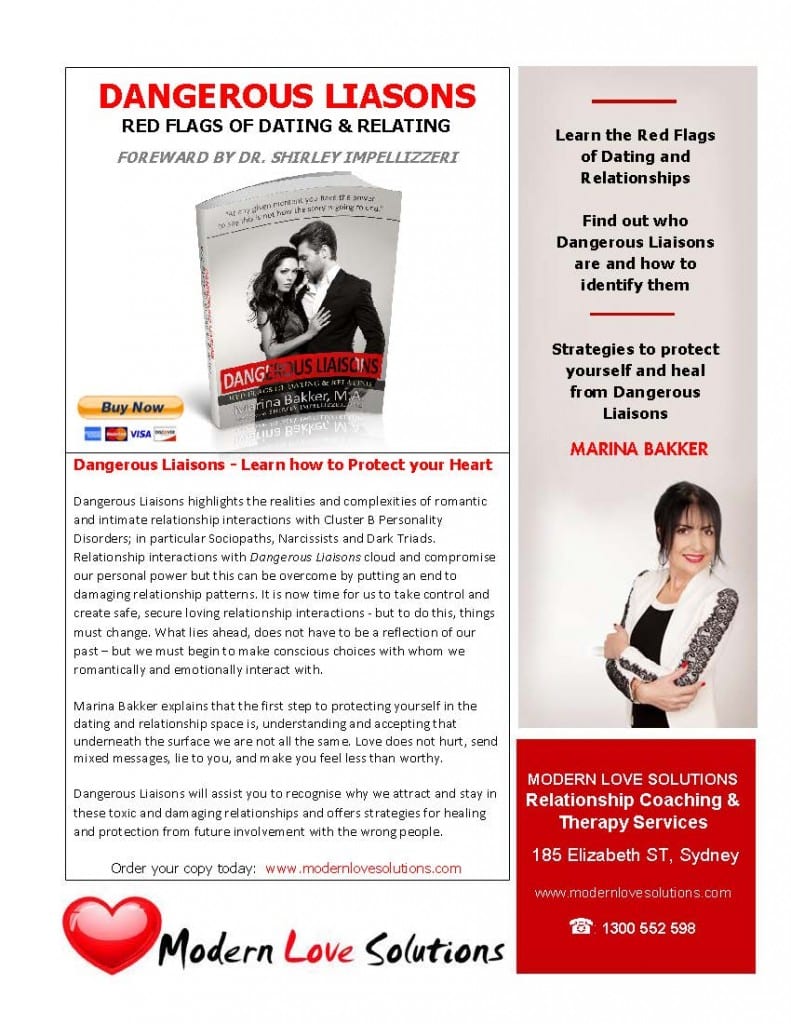