What Can Twitter Reveal About People With ADHD? Penn Researchers Provide Answers

What can Twitter reveal about people with attention-deficit/hyperactivity disorder, or ADHD? Quite a bit about what life is like for someone with the condition, according to findings published by University of Pennsylvania researchers Sharath Chandra Guntuku and Lyle Ungar in the Journal of Attention Disorders. Twitter data might also provide clues to help facilitate more effective treatments.

“On social media, where you can post your mental state freely, you get a lot of insight into what these people are going through, which might be rare in a clinical setting,” said Guntuku, a postdoctoral researcher working with the World Well-Being Project in the School of Arts and Sciences and the Penn Medicine Center for Digital Health. “In brief 30- or 60-minute sessions with patients, clinicians might not get all manifestations of the condition, but on social media you have the full spectrum.”

Guntuku and Ungar, a professor of computer and information science with appointments in the School of Engineering and Applied Science, the School of Arts and Sciences, the Wharton School and Perelman, turned to Twitter to try to understand what people with ADHD spend their time talking about. The researchers collected 1.3 million publicly available tweets posted by almost 1,400 users who had self-reported diagnoses of ADHD, plus an equivalent control set that matched the original group in age, gender and duration of overall social-media activity. They then ran models looking at factors like personality and posting frequency.

“Some of the findings are in line with what’s already known in the ADHD literature,” Guntuku said. For example, social-media posters in the experimental group often talked about using marijuana for medicinal purposes. “Our coauthor, Russell Ramsay, who treats people with ADHD, said this is something he’s observed in conversations with patients,” Guntuku added.

The researchers also found that people with ADHD tended to post messages related to lack of focus, self-regulation, intention and failure, as well as expressions of mental, physical and emotional exhaustion. They often used words like “hate,” “disappointed,” “cry” and “sad” more frequently than the control group and often posted during hours of the day when the majority of people sleep, from midnight to 6 a.m.

“People with ADHD are experiencing more mood swings and more negativity,” Ungar said. “They tend to have problems self-regulating.”

This could partially explain why they enjoy social media’s quick feedback loop, he said. A well-timed or intriguing tweet could yield a positive response within minutes, propelling continued use of the online outlet.

Using information gleaned from this study and others, Ungar and Guntuku said they plan to build condition-specific apps that offer insight into several conditions, including ADHD, stress, anxiety, depression and opioid addiction. They aim to factor in facets of individuals, their personality or how severe their ADHD is, for instance, as well as what triggers particular symptoms.

The applications will also include mini-interventions. A recommendation for someone who can’t sleep might be to turn off the phone an hour before going to bed. If anxiety or stress is the major factor, the app might suggest an easy exercise like taking a deep breath, then counting to 10 and back to zero.

“If you’re prone to certain problems, certain things set you off; the idea is to help set you back on track,” Ungar said. 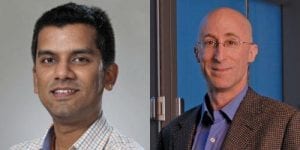 Better understanding ADHD has the potential to help clinicians treat such patients more successfully, but having this information also has a downside: It can reveal aspects of a person’s personality unintentionally, simply by analyzing words posted on Twitter. The researchers also acknowledge that the 50-50 split of ADHD to non-ADHD study participants isn’t true to life; only about 8 percent of adults in the U.S. have the disorder, according to the National Institute of Mental Health. In addition, people in this study self-reported an ADHD diagnosis rather than having such a determination come from a physician interaction or medical record.

Despite these limitations, the researchers say the work has strong potential to help clinicians understand the varying manifestations of ADHD, and it could be used as a complementary feedback tool to give ADHD sufferers personal insights.

“The facets of better-studied conditions like depression are pretty well understood,” Ungar said. “ADHD is less well studied. Understanding the components that some people have or don’t have, the range of coping mechanisms that people use — that all leads to a better understanding of the condition.”