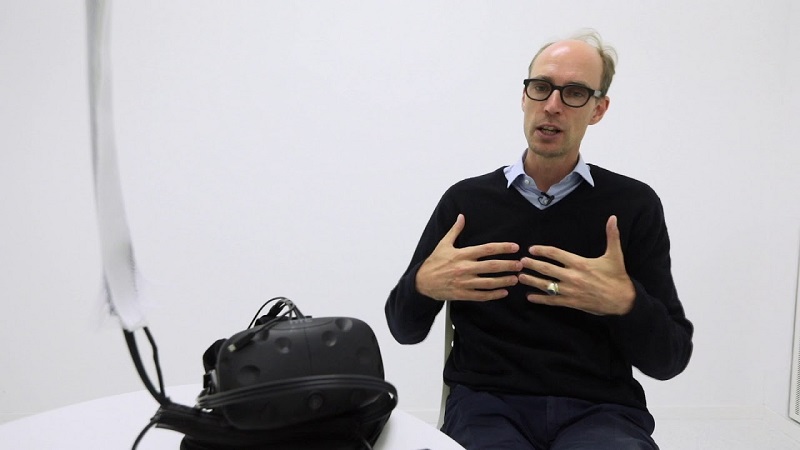 In breakthrough research led by neuroscientist Olaf Blanke and his team at EPFL, Switzerland, the scientists show that phantom body pain can be reduced in paraplegics by creating a bodily illusion with the help of virtual reality. The results are published in today’s printed issue of Neurology.

“We managed to provoke an illusion: the illusion that the subject’s legs were being lightly tapped, when in fact the subject was actually being tapped on the back, above the spinal cord lesion,” explains Blanke, lead author of the study and holder of the Foundation Bertarelli Chair in Cognitive Neuroprosthetics. “When we did this, the subjects also reported that their pain had diminished.”

Paraplegics suffer from no longer feeling their legs again, but the condition is often accompanied by neuropathic pain due to the spinal cord lesion. The patient feels pain originating from the legs, even though nothing else can be felt below the lesion. The sensation of pain is real and yet completely resistant to drug therapy. Now, virtual reality may be the key to providing pain relief for this type of pain, and the solution comes from restoring a sense of touch.

“We tapped the back of the subject near the shoulders and the subject experienced the illusion that the tapping originated from the paralyzed legs,” explains Polona Požeg, co-author of the study and now neuroscientist at the Lausanne University Hospital (CHUV). “This is because the subject also received visual stimuli of dummy legs being tapped, viewed through the virtual reality headset, so the subject saw them immersively as his or her own legs.”

The experimental setup involves a pair of dummy legs, a camera, virtual reality goggles and two rods. The legs are filmed by a camera. In real-time, the video is relayed into virtual reality goggles worn by the paraplegic patient. The subject sees the dummy legs viewed from above, as if looking down on one’s owns legs. With this setup in place, the scientist taps the patient’s back with one rod while simultaneously tapping the dummy legs with the other.

The subject therefore receives two stimuli, one tactile on the back, the other visual from the virutal reality display. Despite being consciously aware of being tapped on the back, the subject still begins to feel as though the tapping comes from the paralyzed legs.

“It takes about a minutes of simultaneously tapping for the illusion to take place,” says Blanke. “The tapping on the back gets translated onto the legs because the visual stimulus dominates over the tactile one.”

The research pushes the limits of how virtual reality can be used to implement conflicting stimuli, with the aim of ultimately manipulating the brain in how it experiences the body for therapeutic reasons.

Based on these findings, the researchers are currently developing virtual reality technology that automatizes visuo-tactile stimulations – an immersive digital therapy – that individuals with spinal cord injury and other chronic pain conditions for regular use at home.