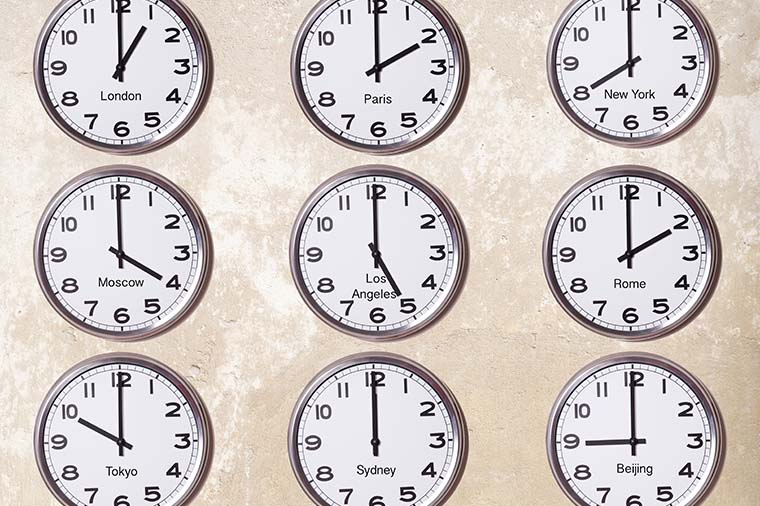 All essential body functions are highly synchronized with local time by the body’s daily, or circadian, clock. But what if you could take control of the brain’s timing system? (Image: Shutterstock)

A tiny population of neurons can unlock the body’s clock.

Travel by airplane has opened the door to experiencing different cultures and exploring natural wonders. That is, if you can get past the jet lag.

But what if you could take control of the brain’s daily timing system? Biologists at Washington University in St. Louis unlocked a cure for jet lag in mice by activating a small subset of the neurons involved in setting daily rhythms, as reported in a July 12 advance online publication of Neuron. 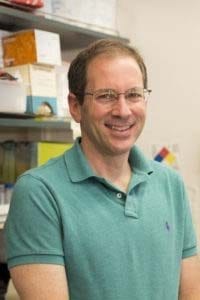 All essential body functions are highly synchronized with local time by the body’s daily, or circadian, clock. A small spot at the very bottom of the brain, close to the roof of the mouth, reminds us to wake up and go to sleep at a regular time each day. This master clock is referred to as the suprachiasmatic nucleus, or SCN.

When this system is disturbed — by shift work or crossing time zones, for example —  the 20,000 neurons in the SCN struggle to adjust the body to the new schedule. Stimulating just 10 percent of these neurons to fire with the right pattern of electrical activity caused mice to rapidly shift to the new daily schedule, the researchers found.

“Just like your watch is good at keeping time but is useless unless you can set it to local time,” said Erik Herzog, professor of biology in Arts & Sciences, “we wondered how the body clock adjusts to its local time.”

Herzog and his lab suspected a small subset of SCN neurons are involved because it produces vasoactive intestinal polypeptide or VIP, an essential compound that neurons use to communicate and synchronize their daily rhythms with one another.

“We hypothesized that VIP neurons are like the grandmothers who are in charge of telling everyone what to do,” Herzog said. There are only about 2,000 VIP neurons in the SCN of people and mice.

To test this idea, Cristina Mazuski, a former graduate student in the Herzog lab, first developed a way to characterize the normal daily firing patterns of VIP neurons.

The researchers then tested whether activation of VIP neurons would shift the daily schedule of the SCN and the mice.

Keeping in Time With Your Body Clock

To conduct the experiment, researchers kept mice in total darkness all day and all night with no environmental clues about what time it was. Using a tool called optogenetics, they activated only the VIP neurons at the same time every day, a procedure that mimicked flying to a new time zone.

“This was an important step to understand how the SCN keeps organisms synced to their local light schedule,” Mazuski said.

Testing the different firing patterns of VIP neurons, researchers found that mice got over jet lag faster when VIP neurons were activated to irregularly fire. The mice were slower to adjust to the new local time when their VIP neurons were excited with tonic patterns.

“We found the irregular pattern causes VIP neurons to release VIP,” Herzog said. “VIP, we think, is the juice that is capable of shifting the clock faster.”

“We are really starting to understand how the timing system in the brain is wired together, and found that the code used by VIP neurons is really key to setting our daily schedule,” Herzog said.

In the future, the researchers hope to learn ways to encourage VIP neurons to release their VIP to pick the clock’s lock and reduce jet lag for human travelers and shift workers.