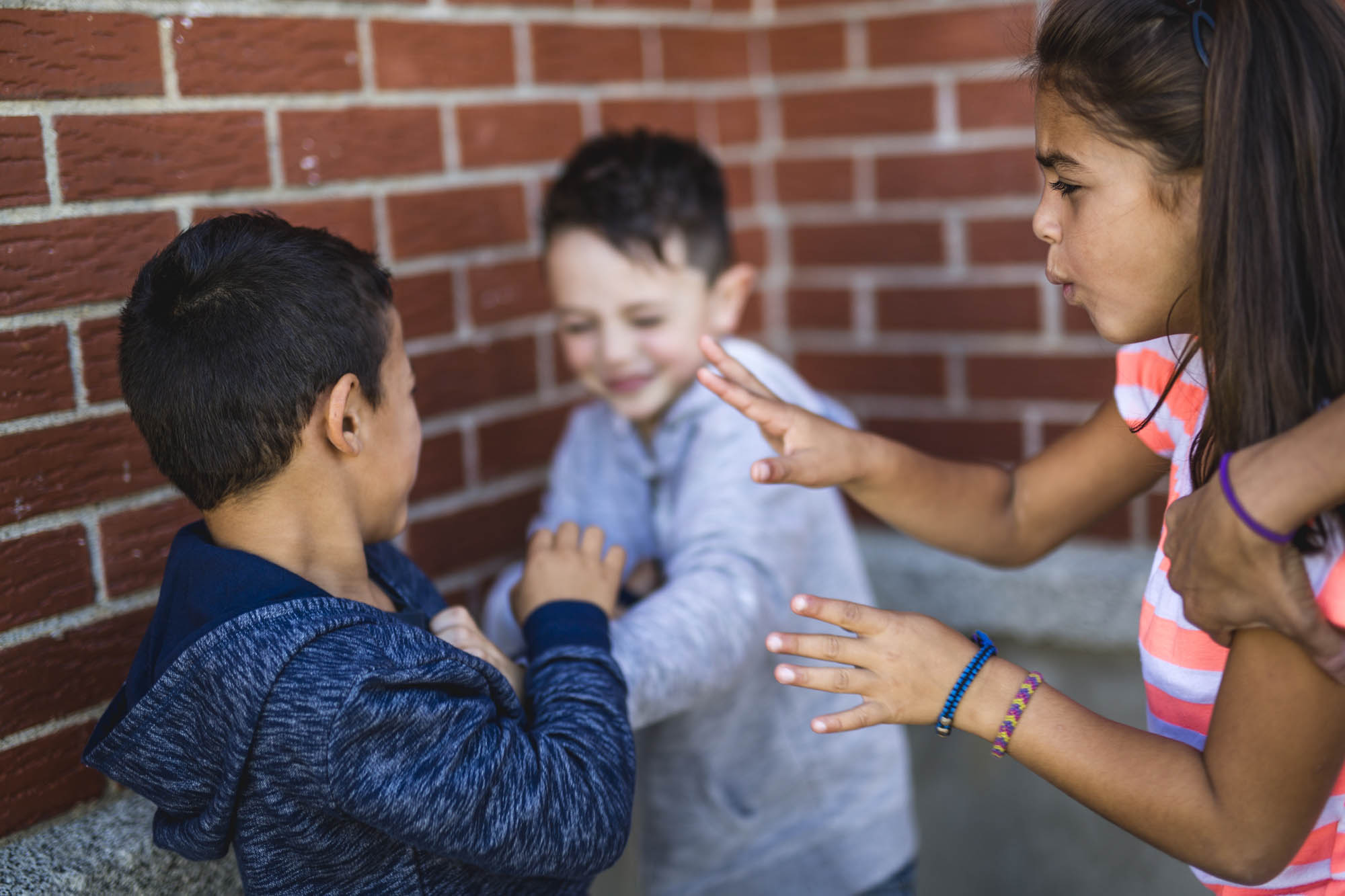 Living together in communities requires mutual cooperation. To achieve this, we punish others when they are uncooperative. Until now, it has been unclear as to when we develop the impulse to penalise this behaviour — and whether this is an exclusively human feature. Scientists at the Max Planck Institute for Human Cognitive and Brain Sciences and the Max Planck Institute for Evolutionary Anthropology in Leipzig discovered that even six-year-old children feel the need to reprimand antisocial behaviour, and that they are willing to take risks and make an effort to be present when the ‘guilty’ one is punished.

When we see somebody suffering, we normally feel uneasy and want to help. However, this feeling can be reversed. When we know someone behaved in an antisocial manner, we can remain unsympathetic even though we know they are hurt. It is known from previous studies that we perceive the perpetrator’s pain as a just punishment and a tool to penalise misbehaviour. Moreover, we feel a sense of spite when we witness the disciplinary measure.

Until now, not much was known about the evolutionary origin of this behaviour. Scientists from the department of social neuroscience at the Max Planck Institute for Human Cognitive and Brain Sciences together with colleagues from the Max Planck Institute for Evolutionary Anthropology explored the question at what age we develop the motivation to watch, from our perspective, a deserved punishment and if this feature also exists in our closest relatives – chimpanzees.

“We cannot definitely say that the children and chimpanzees felt spite. However, their behaviour is a clear sign that six-year-old children as well as chimpanzees are eager to observe how uncooperative members of their community are punished”

To investigate children’s behaviour the researchers used a puppet theatre in which two characters each behaved differently. There was a friendly character, who gave the children their favourite toy back, and an uncooperative one who kept the toy for themselves. Additionally, there was a puppet that played the punishing role and pretended to hit the other two with a stick. The young audience, aged four to six years, could decide if they wanted to watch the pretend hits by paying with a coin, or if they would prefer to exchange the coin for stickers.

In the case of the friendly puppet, the children largely refused to observe how it suffered. However, in the case of the antisocial puppet the six-year-old children’s preference to reject the stickers and spend their coins witnessing the punishment was significant. They even experienced pleasure by watching him suffer, shown in their expressions.  In contrast, the four- and five-year-old children did not show this behaviour.

The scientists observed similar occurrences in chimpanzees. Their desire to penalise antisocial behaviour was studied in the research unit of Max Planck Institute for Evolutionary Anthropology at Leipzig Zoo with the help of two zookeepers, who also slipped into contrasting roles; social and antisocial. While one regularly fed them, the other took their food away. In this situation also, another person pretended to beat them both with a stick. As with the children, a significant number of chimpanzees made an effort to witness the disliked keeper being punished. To do so, they had to open a heavy door to a neighbouring room from where they could witness the scene. As for the friendly zookeeper, they refused this option and even protested strongly when pain was inflicted on them.

“Our results demonstrate that six-year-old children and even chimpanzees want to avenge antisocial behaviour and that they feel an urge to watch it. “This is where the evolutionary roots of such behaviour originates, a crucial characteristic to manage living in a community”, states Natacha Mendes, scientist at Max Planck Institute for Human Cognitive and Brain Sciences and one of the first authors of the underlying study. “We cannot definitely say that the children and chimpanzees felt spite. However, their behaviour is a clear sign that six-year-old children as well as chimpanzees are eager to observe how uncooperative members of their community are punished”, adds Nikolaus Steinbeis, the co-author of the study and scientist at both Max Planck Institute for Human Cognitive and Brain Sciences and University College London.