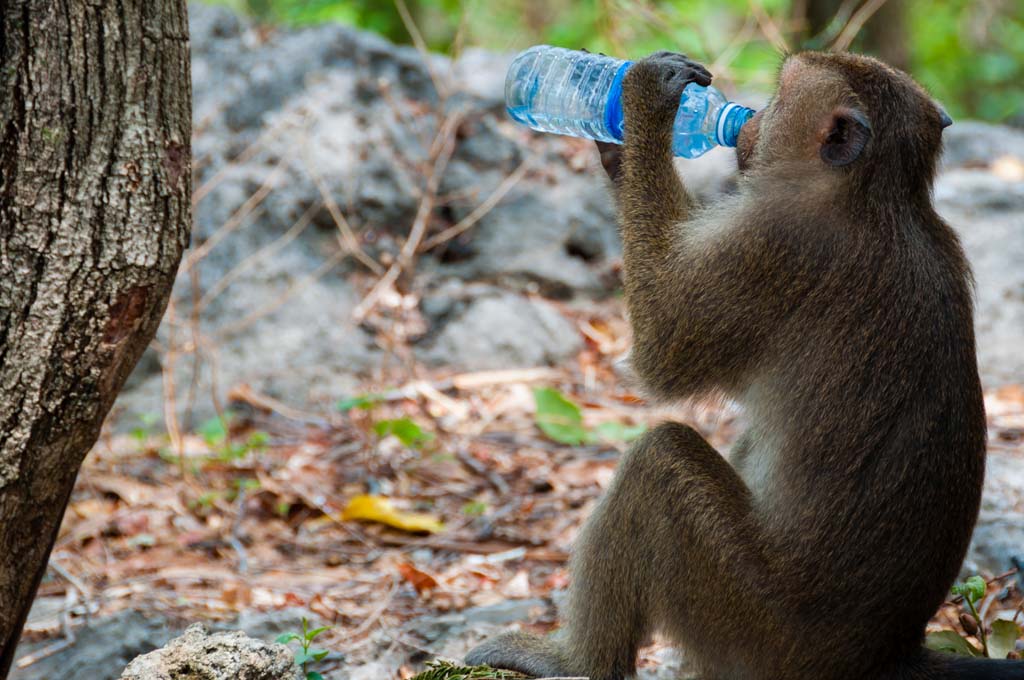 Researchers examined the role of animal cognition in different types of human-wildlife conflict. The study reveals some animals may take more risks if they habituate urban surroundings.

You have probably encountered a raccoon raiding the trash in your neighborhood, seen a rat scurrying through the subway or tried to shoo away birds from your picnic. But have you ever wondered what makes these animals so good at living in suburbs and cities, and whether these same traits also make them such a nuisance?

A new paper in the journal Animal Behaviour written by Lisa P. Barrett, Lauren Stanton and Sarah Benson-Amram, of the University of Wyoming’s Animal Behavior and Cognition Lab, takes an in-depth look at these questions.

“Animals that innovate novel ways to solve problems in their environment could drive a type of arms race with humans, where animals and humans work continuously to outsmart one another.”

The authors examine whether smarter animals might be better at learning to live in cities — but, at the same time, also may come into more conflict with humans. For example, crows’ memories allow them to predict and capitalize on sources of food, such as trash collection routines, but their memories also can bring them into conflict with humans when the birds strew trash on the street or congregate in agricultural fields or on buildings.

“Animals that innovate novel ways to solve problems in their environment could drive a type of arms race with humans, where animals and humans work continuously to outsmart one another,” Stanton says.

For example, elephants have been known to pick up and use trees to disable electric fences, and raccoons and kea, a parrot found in New Zealand, frequently open “animal-proof” trash bins. Learning to avoid human-made deterrents, including loud noises and bright lights, also helps animals get past barriers and access resources, rendering human-built blockades ineffective. 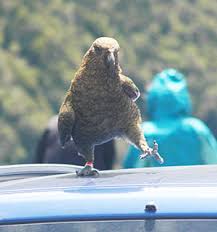 A bird called a kea stands on the roof of a vehicle at Arthur’s Pass National Park in New Zealand. The birds are known to frequently open “animal-proof” trash bins. (Sarah Benson-Amram Photo)

In contrast, Benson-Amram notes that “some animals, like coyotes, may learn to minimize contact with humans or avoid humans altogether by increasing nocturnal activity and walking around major freeways.”

The researchers also investigate how the personalities of different animals, such as an animal’s willingness to take risks or its attraction to new objects, may affect the ability of these animals to thrive near humans or in human-altered landscapes, such as cities. For example, bolder animals are more likely to approach humans in order to steal their lunches, and animals that are attracted to novel objects also are probably more likely to approach houses and cars.

As wildlife, such as coyotes and raccoons, become increasingly common in cities, they may become bolder as they habituate to their urban surroundings. It is critically important for both wildlife and humans to have effective conflict mitigation strategies.

Benson-Amram hopes this research will inspire people to think about the cognitive abilities of animals that they encounter around their homes — and that scientists and wildlife managers will invest even further into research on animal cognition.

“Given increasing human populations and expansion into animal habitat, there is a greater likelihood for human-wildlife conflict,” Benson-Amram says. “Our work illustrates the need for research on a greater number of cognitive abilities in diverse species to understand how we can best mitigate these conflicts.”