Every day billions of people across the planet successfully navigate their environments, for example when they go to work or head home. Such journeys generally happen with little conscious effort and rest on the brain’s ability to use overall knowledge of an environment to make estimates of where it finds itself. The ability to make fine grained assessments of location is seated in the hippocampus, a seahorse-shaped structure located in the temporal lobe. Research shows that the precise mechanism for navigation includes hippocampal place cells, which increase or decrease in electrical activity depending on one’s location. However, when making their daily commute, people don’t need very detailed representations of which houses they pass in which order. Instead, they can make due with more course information. Left at the museum and somewhere down the road right again at the supermarket, called topographical orientation.

Where to from here?

Building on current research, the researchers investigated how large scale navigational knowledge is coded within the brain and whether this process indeed occurs in different structures within the temporal lobe. They did this by training rats to perform a visually guided task in a figure-8 maze consisting of two loops that overlap in the middle lane. During the experiment, the researchers measured electrical activity in the brain by using a novel instrument which allowed the researchers to simultaneously record groups of neurons from four different areas. They recorded from the perirhinal cortex, hippocampus and two sensory areas. Recordings from the perirhinal cortex revealed sustained activity patterns. The level of electrical activity clearly rose and fell depending on the segment the rats were in and persisted throughout that entire segment. 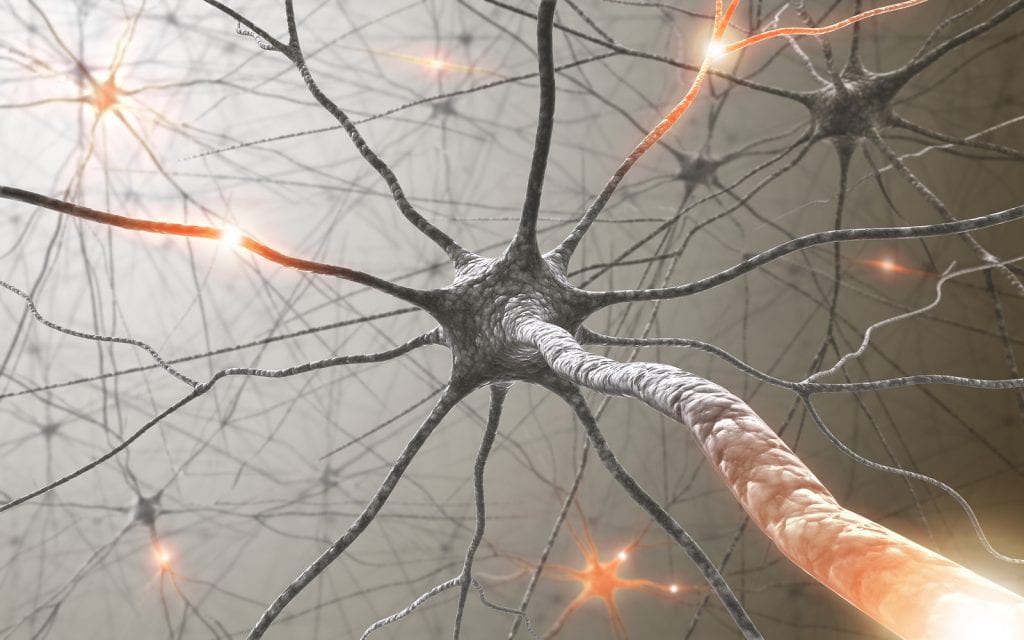 ‘We found a pronounced difference between the responses in the perirhinal cortex and responses in other areas of the brain’, says Jeroen Bos, lead author and researcher at the UvA’s Swammerdam Institute for Life Sciences. ‘Units from the perirhinal cortex had sustained responses throughout the whole loop. By contrast, responses from hippocampal place cells were scattered across the maze and their fields were much smaller than the loops of the maze. We were surprised to see the perirhinal cortex’s responses align so closely with the layout of the maze, primarily because the region is commonly associated with object recognition. This seems to be a new type of neuron, which we have informally dubbed the ‘neighbourhood cell’. This neuron seems to enable the brain to specifically differentiate between distinct segments (“neighbourhoods”) of the environment.’

The team’s results offer a first glimpse on how the brain is able to code navigation behaviour at larger scales and could be especially relevant for people with an impaired capacity for topographical orientation. The large scale of perirhinal coding contrasts with the finer scale of hippocampal coding. ‘It is known that patients with Alzheimer’s disease or with damage to the temporal lobe have great difficulty finding their way, especially to remote goal locations’, says fellow researcher and professor of Cognitive Systems and Neuroscience Cyriel Pennartz. ‘Albeit new, our findings don’t conflict with previous literature on this phenomenon, for example such as the long-time London cab driver who sustained hippocampal damage. Although the driver could still navigate through the city, he remained highly dependent on main roads and would frequently get lost when using side streets. It might be that he was using the perirhinal cortex for global orientation but could no longer make use of the fine-grained place fields normally found in the hippocampus.’

In addition to offering new insights into brain mechanisms for spatial navigation at different scales, the results may guide patients with Alzheimer’s or other diseases in using other spatial strategies than the ones most severely affected. The findings point to the perirhinal cortex as a target for treatment. Finally, research on neural replacement devices and assistive robots may benefit from this study.