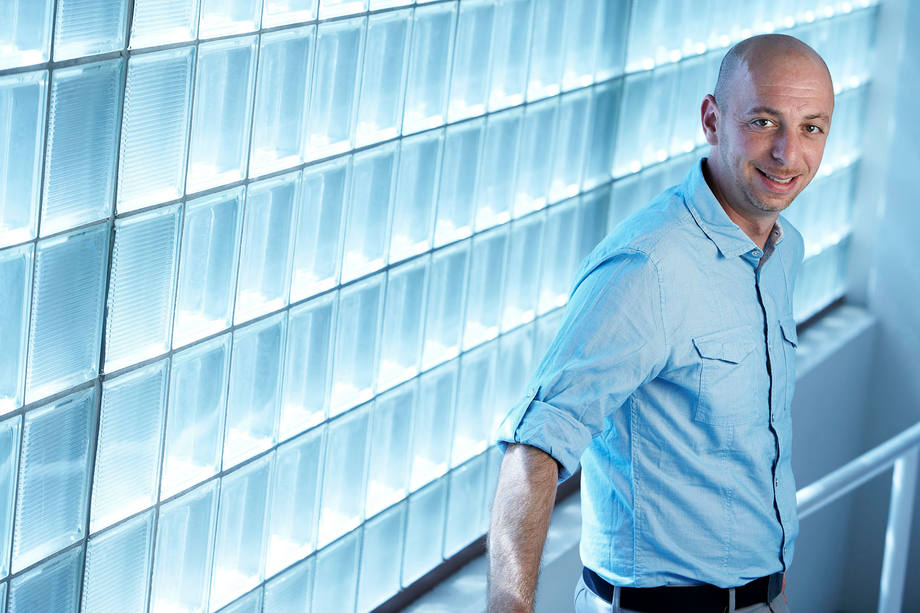 If there’s a final frontier in understanding the human body, it’s definitely not the pinky. It’s the brain.

After four years of lab testing and complex neuro-decoding, a research team led by UNLV psychology professor James Hyman has struck a major breakthrough that could open the floodgates for research into the anterior cingulate cortex, or ACC, and how human brains learn.

“Generally, the ACC always has a negative electrical change to outcomes, it’s just the size of this change varies by whether the outcome was the expected one or not and whether it was better or worse than expected.”

The research, published this summer in the neuroscience journal Neuron, offers new insight into the ACC’s role in guiding the brain’s response and adaptation to unexpected outcomes. The study also showed the first cellular correlates of the extensively studied human phenomena known as feedback negativity. Hyman had previously found in 2015 conclusive evidence that the ACC in rodent brains reacts in the same manner as in humans to reward probability and outcome expectancy.

The study garnered a special preview article in the journal from Bruno Averbeck, a leading expert in the field from the National Institutes of Health.

The function of the brain’s ACC is heavily studied, but many scientists believe it contributes to behavioral adaptation, detection of conflict and responding to and managing emotional reactions.

According to Hyman, the ACC essentially creates expectations about what’s going to happen. Then, when the result of our actions leads to an outcome, our brain assesses whether that outcome was the same as what we expected. The ACC is integrally involved in this process. If the outcome is not what we expected, the ACC reacts with a larger electrical charge – known as feedback negativity – than if the outcome was expected.

The research team showed that when an expected outcome was not delivered, a neural signal in the brain’s ACC was detected. This signal offers clues to the cellular origin of feedback negativity, and that the phenomenon may be generated as the neurons in the ACC shift from encoding expected to actual outcomes.

Our brains are constantly doing this, Hyman said.

“Generally, the ACC always has a negative electrical change to outcomes, it’s just the size of this change varies by whether the outcome was the expected one or not and whether it was better or worse than expected,” said Hyman. “Every single thing we do involves making predictions about what’s going to happen next. Usually facile little things, such as opening an unlocked door,” Hyman said. 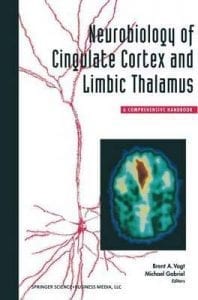 Neurobiology of Cingulate Cortex and Limbic Thalamus : A Comprehensive Handbook

For instance, if you go to open what you believe to be an unlocked door by its handle, your ACC is predicting the outcome that the door will open and you will walk in. If the door handle is locked and it does not open as predicted, an electrical reaction occurs that is readable. The ACC will then learn from the unexpected outcome of its initial prediction.

Now imagine you were playing a slot machine with a 75 percent chance of winning (we’re pretending here). If the percentage was changed without you knowing to 25 percent, your ACC would still predict a positive outcome. When you start losing, the ACC would react to the unexpected outcome. And, most importantly, you would realize something’s not right, learn from the outcome, and potentially adjust your behavior.

Through the course of the study, Hyman also discovered a correlation between feedback-related negativity in in both human and rodent models.

“It took as few as two consecutive unexpected events for cells to change and start making the opposite prediction,” Hyman said. The testing mirrored what has been done in humans and opens the possibility that findings from rodent models can contribute to our understanding of the ACC function in humans.

Additional research on the ACC could lead to new solutions to assist in the cognitive control problems that are associated with a host of psychiatric disorders such as depression, schizophrenia, and drug addiction.

According to Hyman, this discovery will help in further understanding our ability to detect the situations where we have the most learning. “Understanding those mechanics could make us learn faster,” he said.

If I understand the findings here, it seems that the reported larger electrical charge of feedback negativity when an expected outcome does not arrive would also be implicated in memory reconsolidation. There a mismatch between expected and actual outcome is required to activate the implicit memory, making way for reconsolidation with new information.

I have to agree, as it would seem that neuroscience has provided a clear picture of the ACCs neuronal change from expected or predicted outcomes to accepting the reality of actual outcomes thereby letting go of old behaviour patterns and taking on the new, which does run in line with the mismatch used in Memory Reconsolidation. Created by Ecker & Hulley