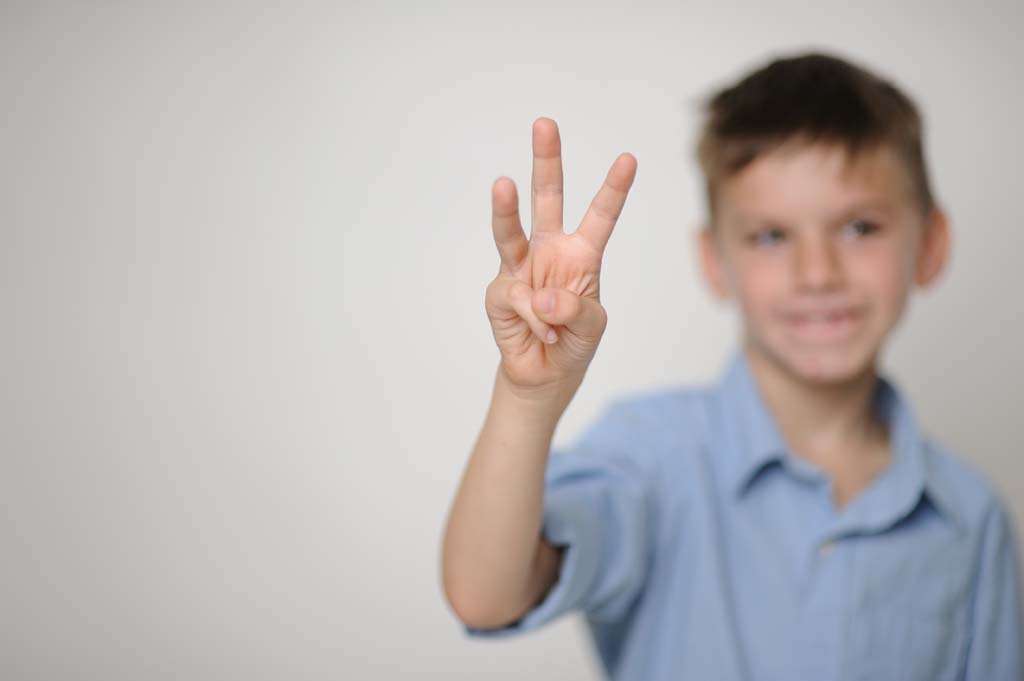 Ask toddlers how old they are, and they are likely to hold up the corresponding number of fingers and say, “this many.”

By the time children begin walking and talking, they’re accustomed to using their fingers to point, grab and even brace for a fall. Children also use their fingers for numerical representation and counting, a common practice for teaching and learning simple arithmetic, such as addition and subtraction.

While children likely won’t rely on finger counting much past the second grade, the practice has evolutionary and neural backgrounds that could have implications for understanding a child’s aptitude for math, according to Dr. Firat Soylu, an educational neuroscientist at The University of Alabama.

Soylu is interested in exploring embodied cognition – the relationship between the body and mind and how the body is related to learning and thinking. Soylu began studying the neural processes of numerical cognition and how we use bodily systems to learn math while deciding on a dissertation topic at Indiana University.

“We are trying to teach all these abstract things to kids – mathematics, English, science – and when you think about the learning process, we don’t really consider how the body plays a role,” Soylu said. “Human beings haven’t changed much in the last 100,000 years, so we’re still using systems that evolved to do other things, like coordinated behaviors of hunting and gathering.”

Soylu is exploring these relationships through campus’ Embodied Learning Design and Educational Neuroscience Lab, or ELDEN, and through collaborative studies across the country.

He is examining the relationship between finger sensorimotor development and numerical development and the implications of this research for mathematics education. He’s also collaborated on a fMRI, or Functional Magnetic Resonance Imaging, study with the Cognitive Neuroimaging Lab at Indiana University that looks at the neural and behavioral relations between finger sense and arithmetic ability in children ages 7 and 8. 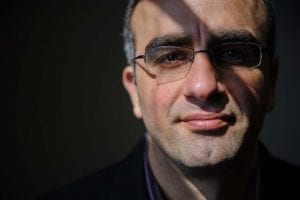 Finger sense, or the ability to distinguish between fingers, is a common test for neuropsychological disorders. The test can be as simple as closing your eyes and naming the finger that has been touched, or more complicated, like using the fingers on the right hand to repeat a pattern of someone touching fingers on the left hand.

Young children struggle with this task because their sensory motor skills aren’t fully learned and refined. Studies have shown finger sense either correlates or predicts math ability, but the results, particularly in behavioral associations, are conflicting, Soylu said.

An fMRI is a specialized brain scan of neural activity that could fill gaps in the literature and point researchers in new directions, even if it doesn’t provide a clear causal measure.

This might be from more efficient functioning of a more developed finger sensorimotor system, which overlaps with the network responsible for arithmetic. Activation in another cluster negatively correlated for only addition, even though it was active for both math tasks. This shows the association of the finger sensorimotor system and addition goes deeper, compared to subtraction, possibly because more intensive finger counting experiences with addition compared to subtraction.

The study supported the hypothesis that fingers provide a necessary scaffold for calculation.

The researchers assumed mathematics memories for addition and subtraction encode differently because of differences in learning experiences, he said.

“This is a part where embodied cognition plays a role in interpreting these results, because when you think about memory, according to the traditional information processing approaches, the content of the memory plays no role in how we store it,” Soylu said. “But according to the embodied interpretation of memory, the memory is actually a simulation of bodily states, so the content of the memory plays a role in how it’s stored in the brain.”

In a recently completed study focusing on how adult participants processed number gestures in his lab, Soylu found evidence for a specific association between conventional finger gestures to represent numbers and numerical magnitude representation in the brain.

The study provides further evidence finger configurations used for communicating number information and counting are associated with number representation in the brain. Further, the study showed the effects of these associations can be observed in adulthood.

To further understand the role of spatial processing in arithmetic, Soylu is collaborating on another fMRI study on how different types of play can affect arithmetic processing, like using blocks to develop visuospatial abilities.

“We can teach kids to count from one to 20, but it’s not number sense, it’s memorization,” Soylu said. “But if you stack or separate the blocks, it can represent quantity, and you develop an approximate number system.” 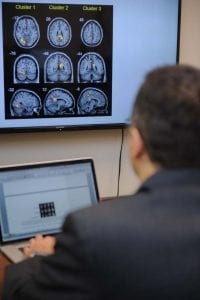 Educational neuroscience is a relatively new and slowly emerging field.

While the goal is to impact how math is taught, more scientific evidence is needed before diagnostic tools can be formed.

“We’re still understanding all of the mechanisms,” Soylu said. “There are no longitudinal studies that look at finger-related measures and math ability and see the causal relations. We don’t know if it’s finger sense that affects number counting or if finger counting has an affect on finger sense, or if it’s co-developing.”

“If development of the sensory motor system is so important for later math skills, we need to think about what type of interactions we need to provide for kids, so that these systems develop,” Soylu said. “I can comfortably say that people shouldn’t discourage the use of fingers for physical interaction when kids are doing math. We’re not computers, so you shouldn’t expect kids to do their computations like computers.”