The neurons in our nervous system “talk” to each other by sending and receiving chemical messages called neurotransmitters. This communication is facilitated by cell membrane proteins called receptors, which pick up neurotransmitters and relay them across cells. In a recent study published in Nature Communications, scientists from Japan report their findings on the dynamics of receptors, which can enable understanding of the processes of memory formation and learning.

The regulation of receptor movement and localization within the neuron is important for synaptic plasticity, an important process in the central nervous system. A specific type of glutamate receptor, known as AMPA-type glutamate receptor (AMPAR), undergoes a constant cycle of “trafficking”, being cycled in and out of the neuronal membrane.

“A precise regulation of this ‘trafficking’ process is associated with learning, memory formation, and development in neural circuits,“ says Professor Shigeki Kiyonaka from Nagoya University, Japan, who led the aforementioned study.

While methods to analyze the trafficking of AMPARs are available aplenty, each has its limitations. Biochemical approaches include “tagging” a receptor protein with biotin (a B vitamin). However, this requires purification of the proteins after tagging, hindering quantitative analysis. Another method which involves producing “fusion” receptor proteins labelled with a fluorescent protein may interfere with the trafficking process itself. “In most cases, these methods largely rely on the overexpression of target subunits. However, the overexpression of a single receptor subunit may interfere with the localization and/or trafficking of native receptors in neurons“, explains Prof. Kiyonaka.

To that end, researchers from Nagoya University, Kyoto University, and Keio University developed an AMPAR-selective reagent (a chemical agent that causes reactions) that allowed them to label AMPARs with chemical probes in cultured neurons in a two-step manner, combining affinity-based labeling with a biocompatible reaction. The new method, as anticipated by Prof. Kiyonaka, proved to be superior to the conventional ones: it allowed scientists to analyze receptor trafficking over both shorter as well as much longer periods (over 120 hours) and did not require extra purification steps after labeling.

The team’s analyses showed a three-fold higher concentration of AMPARs at synapses compared with dendrites as well as a half-life of 33 hours in neurons. Additionally, scientists used this technique to label and analyze the trafficking of NMDA-type glutamate receptors (NMDARs), and obtained a half-life of 22 hours in neurons. Interestingly, both half-life values were significantly longer than those reported in HEK293T (a kidney cell line). The researchers attributed this to the formation of large glutamate receptor protein complexes and–in the case of AMPARs–a difference in phosphorylation levels.

The team is excited by potential implications of their findings. “Our method can contribute to our understanding of the physiological and pathophysiological roles of glutamate receptor trafficking in neurons. This, in turn, can help us understand the molecular mechanism underlying memory formation and the process of learning,” says Prof. Kiyonaka.

The study provides a closer look at–and brings us a step closer to deciphering–the processes of memory and learning at the molecular level. 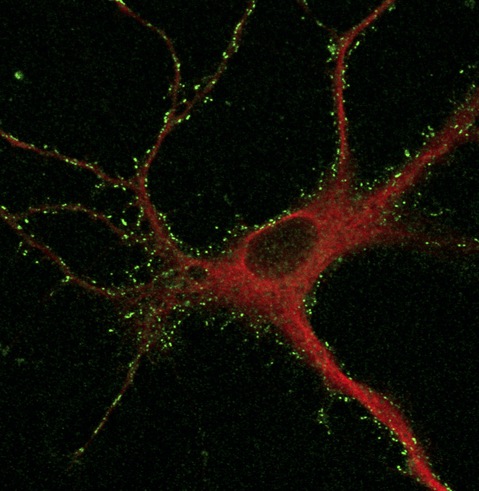