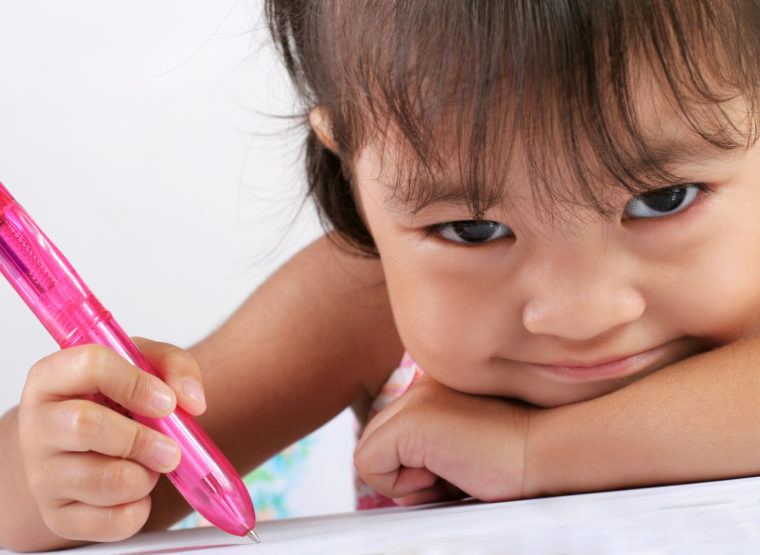 Even the proudest of parents may struggle to find some semblance of meaning behind the seemingly random mish-mash of letters that often emerge from a toddler’s first scribbled and scrawled attempts at putting words on paper.

But new research from Washington University in St. Louis suggests that children as young as 3 already are beginning to recognize and follow important rules and patterns governing how letters in the English language fit together to make words.

The study, published this month in the journal Child Development, provides new evidence that children start to learn about some aspects of reading and writing at a very early age.

“Our results show that children begin to learn about the statistics of written language, for example about which letters often appear together and which letters appear together less often, before they learn how letters represent the sounds of a language,” said study co-author Rebecca Treiman, a professor of psychological and brain sciences in Arts & Sciences.

An important part of learning to read and spell is learning about how the letters in written words reflect the sounds in spoken words. Children often begin to show this knowledge around 5 or 6 years of age when they produce spellings such as BO or BLO for “blow.”

We tend to think that learning to spell doesn’t really begin until children start inventing spellings that reflect the sounds in spoken words — spellings like C or KI for “climb”. These early invented spellings may not represent all of the sounds in a word, but children are clearly listening to the word and trying to use letters to symbolize some of the words within it, Treiman said.

“Many studies have examined how children’s invented spellings improve as they get older, but no previous studies have asked whether children’s spellings improve even before they are able to produce spellings that represent the sounds in words,” Treiman said. “Our study found improvements over this period, with spellings becoming more wordlike in appearance over the preschool years in a group of children who did not yet use letters to stand for sounds.” 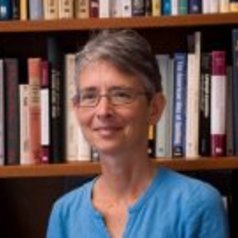 Treiman’s study analyzed the spellings of 179 children from the United States (age 3 years, 2 months to 5 years, 6 months) who were prephonological spellers. That is, when asked to try to write words, the children used letters that did not reflect the sounds in the words they were asked to spell, which is common and normal at this age.

The productions of older prephonological spellers also were more word-like on several objective measures, including length, use of different letters within words, and combinations of letters. For example:

“While neither spelling makes sense as an attempt to represent sounds, the older child’s effort shows that he or she knows more about the appearance of English words,” Treiman said.

The findings are important, Treiman said, because they show that exposure to written words during the 3-to-5-year age range may be important in getting children off to a strong start with their reading, writing and spelling skills.

“Our results show that there is change and improvement with age during this period before children produce spellings that make sense on the basis of sound.” Treiman said. “In many ways, the spellings produced during this period of time are more wordlike when children are older than when they are younger. That is, even though the spellings don’t represent the sounds of words, they start looking more like actual words.”

A 5-year-old who writes “fepiri” when asked to write the word “touch” might seem to know nothing about spelling, but this attempt looks more like a word than “fpbczs” as produced by a 4-year-old.

“This is pretty interesting, because it suggests that children are starting to learn about one aspect of spelling – what words look like – from an earlier point than we’d given them credit for,” she said. “It opens up the possibility that educators could get useful information from children’s early attempts to write– information that could help to show whether a child is on track for future success or whether there might be a problem.”

Other Washington University co-authors include Brett Kessler, a research scientist in psychological and brain sciences;  former Arts & Sciences undergraduates Hayley Clocksin and Zhengdao Chen;  and Kelly Boland, a former research assistant in Treiman’s reading lab who is now a psychology graduate student at the University of Missouri.