The Treatment of a 12-Year-Old with Trauma 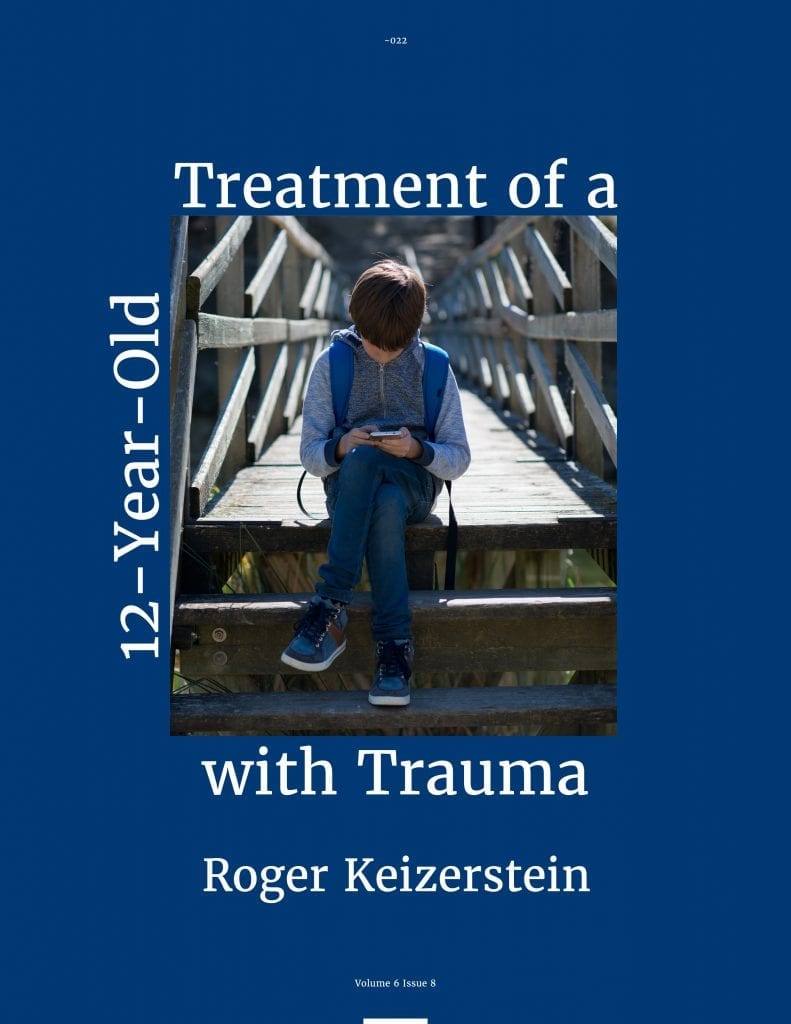 When Colin was 10 years old he was told that he had diabetes. In retrospect, his symptoms leading up to his diagnosis made complete sense, but since he had such a full, busy schedule, his parents and pediatrician believed that he was merely over-tired and needed some rest. But when Colin began to lose weight and muscle mass, his parents became alarmed and brought him to his doctor.

“You have diabetes,” the doctor blurted out. “Your blood sugar is so high I can’t believe you’re even standing.” Colin stood in stunned silence, unable to process what he was being told.

The doctor ushered Colin’s parents into the room. “His blood sugar is dangerously high. He needs to go to emergency.”

Two years after his initial diagnosis of diabetes, Colin’s parents came to see me for a consultation to discuss their son’s increasing feelings of anxiety and depression—feelings that Colin and his parents attributed to the stress associated with the management of his diabetes. Although Colin’s distress was related to his illness, I did a detailed social, developmental, and medical history even before discussing the presenting problem, all the while giving his parents the opportunity to get a sense of what I was like so that they could decide whether or not they wanted me to work with their son.

It turned out that Colin was an exceptional 12-year-old, achieving at high levels in all areas of his life. He was an A student, a competitive swimmer, an artist, and he had a busy social life. Other than the diabetes, his medical history was uneventful. He usually had a good appetite, slept soundly through the night, and responded well to physical affection. He made appropriate eye contact when spoken to. He was polite and courteous, and respectful toward his elders. Colin got along with everyone who came into his orbit.

But during the unstructured periods of his day, Colin was feeling increasingly anxious and depressed, and some of the more pleasurable methods of relieving his symptoms (such as video-game playing, skate boarding, or shooting hoops in the backyard) had lost their effectiveness. Colin’s new pediatrician offered a trial of antidepressant medication to treat his symptoms, but he and his parents decided to try therapy instead.

Colin presented as a tall, thin and lanky boy with a somewhat pale and drawn complexion. His parents introduced him to me and we shook hands. A few minutes later he told them that they could wait outside the room until the session was over. I reached behind my side table and raised a soft squishy round ball above my head. “Catch?” I smiled.

“Sure!” Colin laughed as if he was caught off guard.

“Tell me about your day. From the moment you wake up until you go to sleep.”

As we tossed the ball back and forth, Colin filled me in. “On school days I get up about 7:30, check my levels, and have something to eat. I get dressed, pack my lunch, make sure my insulin pump and pack are right, and catch the bus at 8:30.”

Colin went on to tell me that most school days went smoothly—he liked his teachers and enjoyed his special subjects, especially art and woodwork.

“Three nights a week I swim with the team and one night I have an art lesson.”

“How often do you compete?”

“We have meets every couple of weeks.” Colin’s parents had told me that the swim meets often involved early morning travel on weekends and they asked him if he wanted to take a break from it, but Colin declined because he loved being on the team.

“Most weekend nights I do homework and assignments, watch some TV, take a shower, and head off to bed,” Colin concluded.
“Thanks for filling me in,” I smiled.

During our next two sessions, I sought the answer to two important questions regarding having a chronic (although manageable) disease. Did Colin accept his diabetes, and did he feel confident in his self-care?

“I do accept it, but I’m hopeful that there will be a cure one day. I think I manage it pretty well, although checking my levels and adjusting what I eat is annoying. I get frustrated at times.”

“Have you had a scare in the past year and a half, regarding your sugar levels or your health?”

“Sounds like you’ve got things under control,” I replied. “And I too hope that there is a cure one day.”

At the next session I checked in with Colin on how well our sessions were going for him. He said he felt comfortable and positive. I then proceeded to review with him what he had told me the previous two sessions about his full and busy life and his acceptance and management of his diabetes. He reaffirmed that it was manageable. Consequently, I felt confident about my next intervention.

“But I was wondering,” I offered, “Why then do you think you’re feeling anxious and depressed?”

Colin looked away. “I don’t know.” Tears welled up in his eyes.

He removed his glasses and wiped his face.

Minutes later, Colin looked up at me, his weary brown eyes seeking an answer.

I leaned forward and gently asked, “Do you think you might be able to describe what happened in the doctor’s surgery when he told you that you had diabetes? Whatever you can remember.”

Colin nodded. “I can remember it like it was yesterday.”

“He said my blood sugar was so high he couldn’t believe I was standing. And he blurted out that I had diabetes! Just like that. When he told my parents, they turned white.”

I shook my head.

Since I was working on the hypothesis that Colin’s experience in the doctor’s surgery was likely a traumatic one, I did not encourage him to tell me more than he had already offered for fear of re-traumatizing him by over-exposing him to too much traumatic energy so early in the therapy. But I did feel confident enough to do some cognitive work. [Content protected for subscribers only]

Are you a member and don’t see the full article? You may need to log in.