The Neuroscience of Exercise 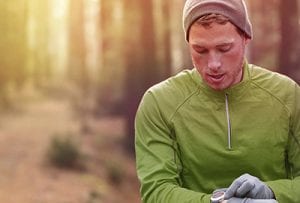 As the old cliché puts it — a healthy body equals a healthy mind. Everybody knows that exercise is good for both your physical and emotional wellbeing. It’s not just an old saying — exercise changes the structure and function of the brain, and being active increases brain volume. Exercise also promotes adult neurogenesis — the creation of new brain. So getting your daily exercise is important. The real question is: are some activities better than others?

Surprisingly enough, new research suggests that may be the case. It’s early days still — especially as the research was done using rats — but the results are fascinating. This is the first time scientists have compared the neurological effects of different kinds of exercise — and you might be pleased to hear that you don’t need the toughest exercises to get the best results.

In studies with animals, running has been found to double or even triple the number of new neurons in the animals’ hippocampus — a key area for learning and memory. Scientists believe that exercise has similar effects on people.

In the past, scientists have focused on running — after all, rats know how to run. That means other forms of exercise were not studied. But recently, researchers at the University of Jyvaskyla in Finland and other institutions gave different workout regimes to adult male rats. Some ran on wheels, others tried weight training. If you’re picturing rats lifting dumb bells, I’m sorry to disappoint you — the rats climbed walls with weights attached to their tails. A third group did high-intensity interval training. The rats were placed on wheels and made to run at a fast pace for three minutes, followed by two minutes of moderate jogging. This was repeated three times for a total of fifteen minutes — which is a pretty strenuous workout for a rodent. A fourth group of rats did no exercise at all — like many of us are prone to do.

Why running is the best at promoting the growth of new brain cells is not clear. Scientists speculate that sustained running stimulates the release of a brain-derived neurotrophic factor or BDNF, which is known to regulate neurogenesis. The more a rat runs, the more BDNF is released.

The findings are certainly intriguing and suggest that sustained aerobic exercise may be the most important for human brains too.

Of course, rats are not people — and since rats have a greater need to run than develop muscles, the results may not be reproduced with humans. Even so, adding a bit of running to your exercise regime is probably a good idea! 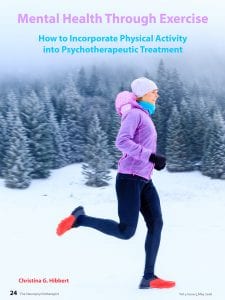 [From the article Mental Health Through Exercise…] Exercise is one of the best things we can do for our physical wellbeing; this has long been known. It has only been more recently, however, that research has demonstrated exercise is just as much, if not more, beneficial for our mental health. As therapists and clinicians, we hopefully already know about this link, but do we fully comprehend the remarkable ways exercise can change our body and mind? Do we recognize the value of exercise and include it in our clients’ treatment plans? Do we take it one step further and actually teach clients how to start and keep exercising for their mental health?
For most of us, I venture to guess, the answer is “No”. Yet exercise is quite literally one of the best things we can do for our body, mind, and spirit, and the research to back this up is prolific. While we may understand some of the benefits of exercise, we likely do not grasp its full potential. We may even recommend exercise to clients but forego the extra step to show them how to make exercise work for them. As we learn more about the link between exercise and mental health, and the tools to start and stick with it long-term, this can—and hopefully will—change…