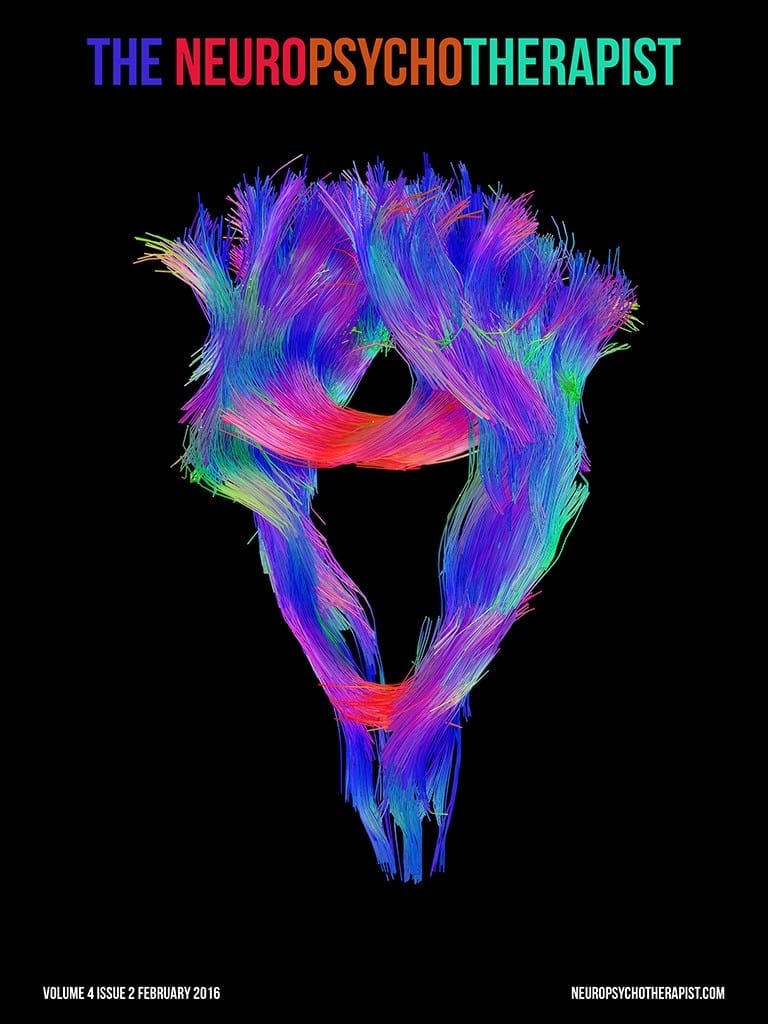 This month we are pleased to introduce a new series titled “The Psychotherapist’s Essential Guide to the Brain”—an introductory survey of brain architecture and function that will be of particular interest to the practising clinician. Familiarising ourselves with the various parts of the brain and what role they play can be a daunting task, and teasing out the most clinically relevant details can be difficult. Though few of you will be neuroscientists, most readers—myself certainly included—have a keen interest in how such science can inform their day-to-day practice of psychotherapy. So to this end, we aim to provide a rudimentary map that will give those setting out on the journey the orientation they need to go deeper into this fascinating and very complex world of our nervous system. Beginning the adventure into our neuroscape, we take a panoramic view of the major subdivisions of the brain and discover how marvellously they are interconnected.
This month also brings an interesting article by Robert Moss, “The Hippocampus and Memory: The Binding of Parallel Cortical Circuits”, in which Moss argues that the hippocampus is not a memory storage site but is involved in activating cortical networks to recall memories. On the compelling theme of memory reconsolidation, Paul Sibson and Robin Ticic describe the process of discovering emotional memories buried deep in the unconscious and using this knowledge to fundamentally change a client’s mind about a behaviour or perception (if you are not yet familiar with memory reconsolidation, this is an easy read and a great introduction to the subject). Finally we have our own Richard Hill sharing new thoughts on spirituality.
I do hope you enjoy our offerings this month.

The Hippocampus and Memory: The Binding of Parallel Cortical Circuits

Remembering in Order to Forget

Implicit emotional memories are at the root of the vast majority of clinical symptoms we encounter with our clients. Paul Sibson and Robin Ticic describe how the process of uncovering and releasing emotional memories that had been buried deep in the unconscious can free our clients from unwanted symptoms.