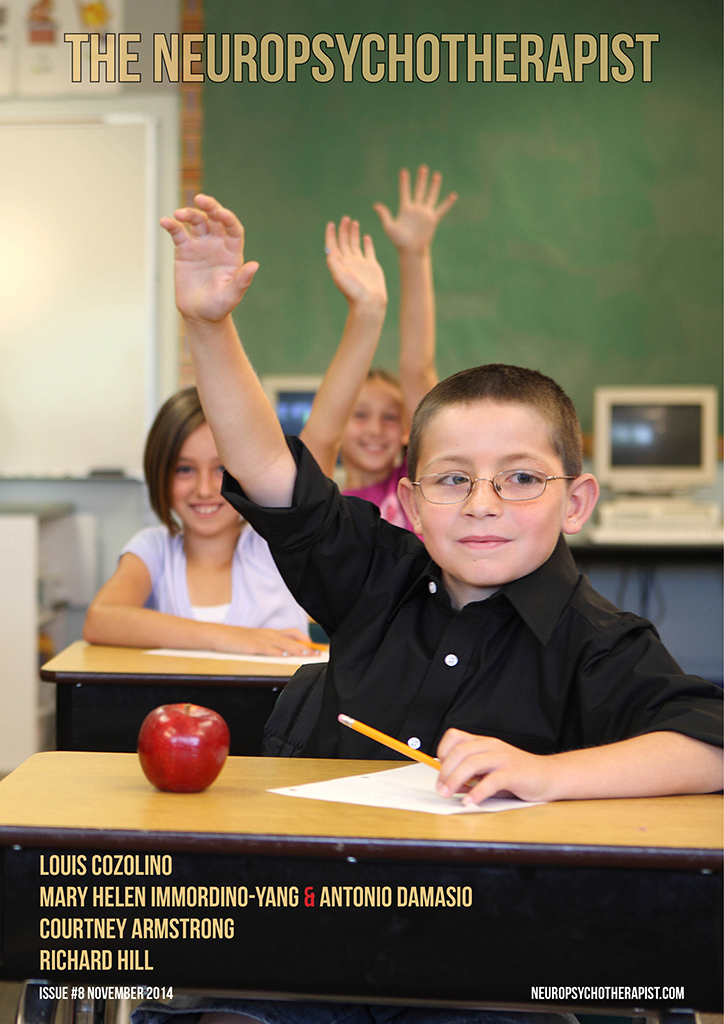 Download this article and the rest of this issue from our Academy.

EDUCATION IS FUNDAMENTAL TO OUR LIVES as individuals, families, communities and nations. How are modern Western education systems shaping up in light of recent neuroscientific findings? Not very well, as we read in Louis Cozolino’s recent works on the social brain and education. It seems that our Western bias toward individualism and competition between individuals is not optimal for our social brains’ need to be connected, attached—part of a tribe. This month we have an excerpt from Attachment-Based Teaching: Creating a Tribal Classroom by Louis Cozolino describing the social brain in the context of education, throwing a timely spotlight on some of the less than ideal ways the West has shaped the school setting.

Also on the theme of education we have an excerpt from Affective Educational Neuroscience: Embodied Brains, Social Minds, and the Art of Learning—a sneak-peak into a new book by Mary Helen Immordino- Yang due to be published in August 2015. In this excerpt, entitled Emotional Thought: Toward an Evidence-Based Framework, Immordino-Yang and Antonio Damasio describe a model of mental functioning that shows the relationship between cognition and emotion and its implications for education.

Richard Hill also weighs in on the topic of education with his ideas on how curiosity creates a mental state that opens up greater learning potential. Curious?

As a primer for our special January 2015 issue about memory reconsolidation we have clinician and author Courtney Armstrong exploring the basis of effective transformative change in “Creative Memory Reconsolidation”.

CREATIVE MEMORY RECONSOLIDATION
Is there a certain set of conditions that seems to facilitate therapeutic breakthroughs in sessions? Courtney Armstrong believes that there is and explains how memory reconsolidation may be at the core of therapeutic change.
Courtney Armstrong

OUR SOCIAL BRAINS
Moving away from the Western bias of individualism in education, Louis Cozolino explores
the colective, or rather the “tribe”, in the classroom setting as a better match for our social
brains. This excerpt from the book Attachment- Based Teaching, contrasts the concept of a tribal classroom with the typical Western school setting.
Louis Cozolino