That stinks! 1 in 15 Americans smell odors that aren’t there 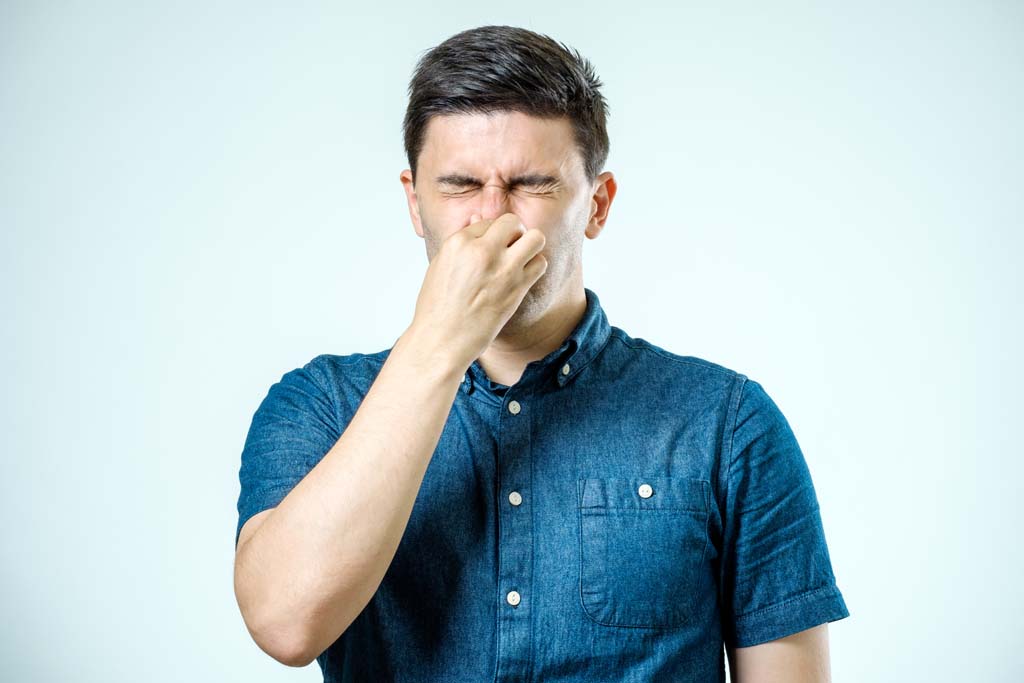 Imagine the foul smell of an ash tray or burning hair. Now imagine if these kinds of smells were present in your life, but without a source. A new study finds that 1 in 15 Americans (or 6.5 percent) over the age of 40 experiences phantom odors. The study, published in JAMA Otolaryngology-Head and Neck Surgery(link is external), is the first in the U.S. to use nationally representative data to examine the prevalence of and risk factors for phantom odor perception. The study could inform future research aiming to unlock the mysteries of phantom odors.

The study was led by Kathleen Bainbridge, Ph.D., of the Epidemiology and Biostatistics Program at the National Institute on Deafness and Other Communication Disorders (NIDCD), part of the National Institutes of Health. Bainbridge and her team used data from 7,417 participants over 40 years of age from the 2011-2014 National Health and Nutrition Examination Survey (NHANES)(link is external). The NHANES data were collected by the National Center for Health Statistics, which is part of the Centers for Disease Control and Prevention; data collection was partly funded by the NIDCD.

“Problems with the sense of smell are often overlooked, despite their importance. They can have a big impact on appetite, food preferences, and the ability to smell danger signals such as fire, gas leaks, and spoiled food,” said Judith A. Cooper, Ph.D., acting director of the NIDCD. 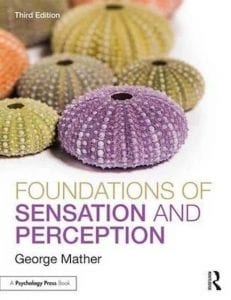 Foundations of Sensation and Perception

Donald Leopold, M.D., one of the study’s authors and clinical professor in the Department of Surgery at University of Vermont Medical Center, Burlington, adds that patients who perceive strong phantom odors often have a miserable quality of life, and sometimes cannot maintain a healthy weight.

Researchers used this NHANES survey question to determine whether participants had experienced phantom odor perception: “Do you sometimes smell an unpleasant, bad, or burning odor when nothing is there?” To explore the correlation between phantom odors and participant characteristics, the researchers looked at participants’ age, sex, education level, race/ethnicity, socio-economic status, certain health habits, and general health status.

The ability to identify odors in the environment is known to decrease with age. This study found that the prevalence of phantom odor perception also decreases with age and, interestingly, is not related to individuals’ ability to correctly identify odors. One previous study, using data from a community in Sweden, showed that 4.9 percent of people over the age of 60 experience phantom odors, with a higher prevalence in women than men. The present study found a similar prevalence in the over-60 age group, but in examining a broader age range, found an even higher prevalence in ages 40-60. The study also found that about twice as many women as men reported phantom odors, and that the female predominance was particularly striking for those under age 60.

Other risk factors for the onset of phantom odors include head injury, dry mouth, poor overall health, and low socio-economic status. Researchers hypothesized that people with lower socio-economic status may more commonly be exposed to environmental pollutants and toxins, or have health conditions that contribute to phantom odors, either directly or because of medications needed to treat their health conditions.

“The causes of phantom odor perception are not understood. The condition could be related to overactive odor sensing cells in the nasal cavity or perhaps a malfunction in the part of the brain that understands odor signals. A good first step in understanding any medical condition is a clear description of the phenomenon. From there, other researchers may form ideas about where to look further for possible causes and ultimately for ways to prevent or treat the condition,” said Bainbridge.

Thank you for listening to The Science of Psychotherapy. Please support us by becoming a subscriber.