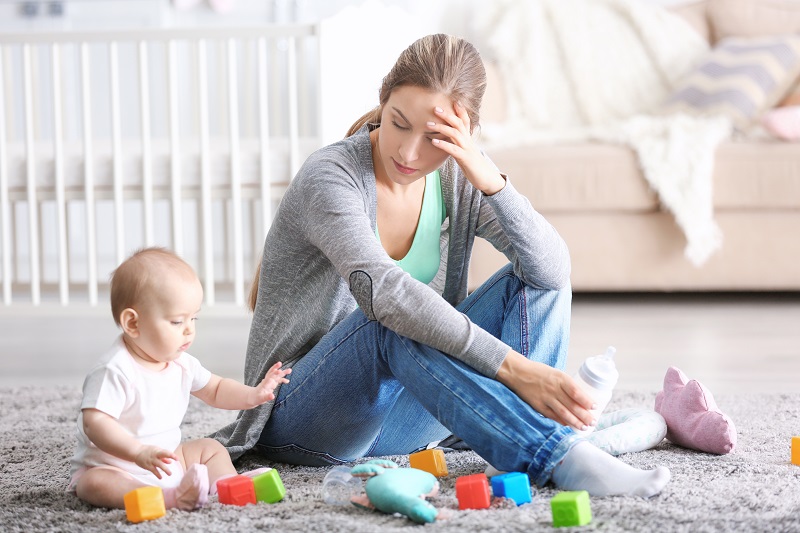 Researchers from the University of Auckland and Otago have found evidence that a probiotic given in pregnancy can help prevent or treat symptoms of postnatal depression and anxiety.

The Probiotics in Pregnancy Study is a two-centre study (Wellington and Auckland) funded by the Health Research Council and Fonterra Co-operative Group Limited, which is primarily examining the effect of a probiotic on the development of infant eczema.

A secondary aim of the study was to see if this probiotic affected symptoms of depression and anxiety at 1-2 months after the baby was born. The findings were recently published in the EBioMedicine.

This component of the study was led by Professor Ed Mitchell of the University’s Faculty and Health Sciences. He says postnatal depression is associated with persistent depression, and, in a few cases each year, suicide. It can also impact on the long term wellbeing of the baby.

The study aimed to evaluate the effect of a probiotic (specifically Lactobacillus rhamnosus HN001) given in pregnancy and postpartum on symptoms of maternal depression and anxiety in the postpartum period.

Probiotics are live microorganisms that when consumed in adequate amounts provide health benefits to the host. They are typically found in some yoghurts and other fermented foods.

“Depression and anxiety in pregnancy and after birth affects 10-15 per cent of women, although many are not recognised or treated,” Professor Mitchell says.

“There is mounting evidence from animal studies that the microbiome-gut-brain axis – the biochemical signalling that takes place between the gastrointestinal tract and the central nervous system – may be important for mental health.”

The study recruited 423 women in Auckland and Wellington between December 2012 and November 2014. They were all between 14 and 16 weeks pregnant.

Of that group, 212 women were given the probiotic, and 211 a placebo. The capsules were taken daily from enrolment until the birth of their baby, and then from birth for a further six months if breastfeeding.

Lead-author Dr Rebecca Slykerman of the University’s Faculty and Health Sciences says the results are significant as taking a probiotic to assist in postnatal depression is a potentially simple way to help mothers with their mental health.

“Woman are unable to access psychological therapy or are reluctant to take antidepressant medication in pregnancy or while breastfeeding. Furthermore it takes several weeks for the therapeutic effect of antidepressants to appear and there is a 15-30 per cent discontinuation rate. Safe and effective therapies to prevent and treat postnatal depression are needed.”

However, she urges caution. “The results must be replicated before recommending all pregnant women take probiotics.

“It is pleasing to see more evidence of the health benefits of Lactobacillus rhamnosus HN001, one of Fonterra’s two probiotics. As we know not all probiotics are created equal and there needs to be sound evidence for the benefits for each probiotic strain.

While the probiotic is not commercially available through Fonterra at the moment, it can be found in the Go Healthy “Go Derma Protect” product sold in some pharmacies.”

There are many unanswered questions, including the choice of probiotic, the dose and the duration of treatment. Could probiotics be used as the primary treatment for maternal mental health problems or should they be used as an adjuvant treatment to standard therapy?

These results are of considerable interest as probiotics may be a simple, safe, cost effective and easily implemented treatment of a common and important, but often not recognised condition.