A new paper by scholars at the University of Illinois suggests that the physiological and psychological effects of profanity and other taboo words on people who read or hear them may be due largely – but not entirely – to the context and individual audience members’ likelihood of being offended.

Taboo words are words that are restricted from societal use. Much of the prior research on taboo words’ effects involved recording participants’ reactions as they viewed isolated taboo or neutral words, rather than in natural communicative situations.

“In the real world, taboo words are uttered or written by people in specific situations,” said Kiel Christianson, a professor of educational psychologyat the university. “Depending on the identity of the speaker and the appropriateness of the situation in which they say it, a given taboo word may have stronger or weaker psychological and/or physiological effects on the listener.”

Christianson and his co-authors conducted two experiments in which they used eye-tracking software to monitor people’s attention levels and memory while they read sentences containing swear words or the euphemisms for such words. Their findings were published recently in the journal Acta Psychologica.

Christianson hypothesized that the more surprising the use of profanity was – as defined by the speaker or the situation – the more attention people would direct to it.  He also hypothesized that readers’ likelihood of being offended by taboo words would mediate their attention level, affecting how rapidly they read each sentence, their ability to recall a probe word preceding the taboo word in every sentence, or both.

Eighty native speakers of American English read a series of sentences on a computer monitor that depicted “saints” or “sinners” – people viewed as likely or unlikely to use either swear words or their socially acceptable euphemisms in specific circumstances where swearing might be viewed as appropriate or inappropriate. 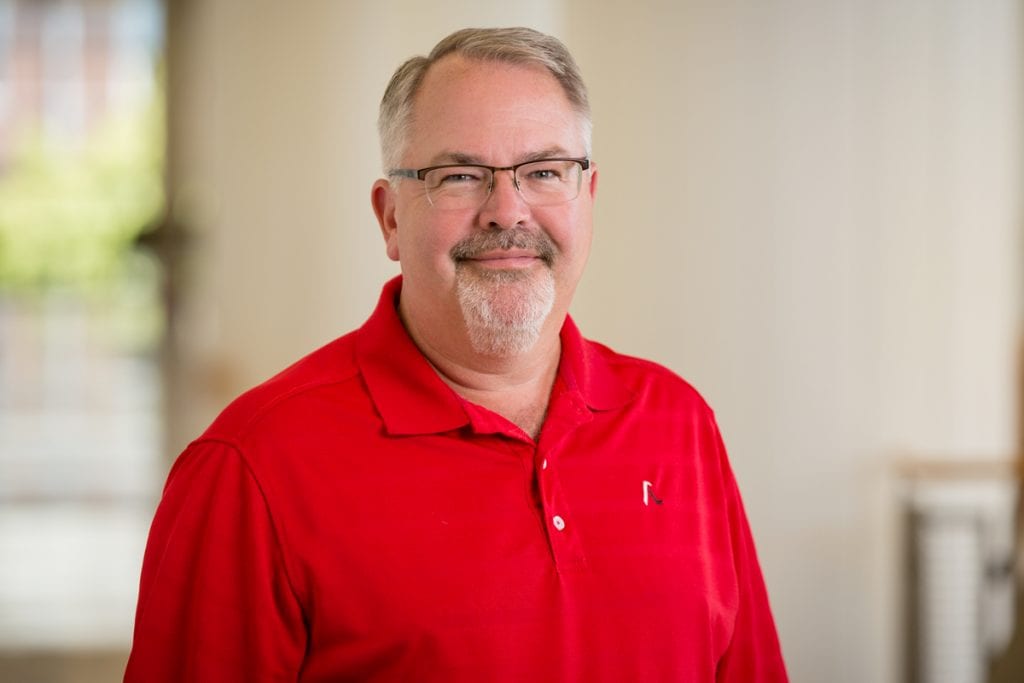 University of Illinois educational psychology professor Kiel Christianson found in a recent study that readers’ likelihood of being offended by taboo words and the context in which the words were used accounted for some – but not all – of these words’ impact on readers’ attention and memory. Photo by L. Brian Stauffer

Participants also completed a survey that assessed their attitudes toward people who swear, which was used as a measure of each person’s likelihood of being offended by profanity and the circumstances in which they might view it as acceptable.

“The eye-tracking software allowed us to see where and for how long readers’ attention was directed,” Christianson said. “According to binding theory, one of the two popular theories about taboo words’ effects, participants’ recall should have improved when they read sentences containing taboo words. However, according to global resource theory, the other current popular theory, their memory should have been poorer when a sentence included a taboo word.”

Readers devoted more attention to taboo rather than nontaboo words, the eye-tracking software showed. However, context mattered: When saints used taboo words in taboo-appropriate situations, readers spent more time reading both the sentence and the taboo word itself, and their accuracy in recalling the probe words improved.

“Taken together, the results seem to support both global resource theory and binding theory, but only to an extent,” Christianson said. “Our finding that a taboo word draws attention – either at the word or sentence level – when a ‘saint’ utters it in a taboo-appropriate situation is not accounted for by either theory.”

Christianson conducted a second experiment in which all of the speakers in the sentences were saints, and readers were alerted at the beginning of each sentence to the taboo status of an upcoming word, i.e., “Everyone was shocked when…”

In that experiment, the participants who were expected to be offended spent greater time focused on the probe words, and their ability to recall them improved – except in surprising contexts, when they spent more time looking at the taboo words or their euphemisms.

“Participants’ memory and attentional resources were diminished as their attention was increasingly allocated to the taboo word,” Christianson said. “Conversely, as their likelihood of taking offense decreased, the details became more memorable due to the emotionally conditioned but nonthreatening taboo word. An utterance’s shock value rises as a function of situational factors and an individual audience member’s propensity for offense.”

“Strictly speaking, the predictions need not be limited only to taboo words,” Christianson said. “However, given the pervasive negative associations and learning situations surrounding taboo words, they are the most likely type of words to display the interactive pattern of pragmatic and emotion-driven effects we found.”

U. of I. alumni Peiyun Zhou, Cassie Palmer and Adina Raizen, who collaborated on the research while they were students at the university, co-wrote the paper.