Maternal addiction and its effects on children is a major public health problem, often leading to high rates of child abuse, neglect and foster care placement. In a study published today in the journal Human Brain Mapping, researchers from Baylor College of Medicine and the University of Iowa found that a mother’s brain response to her own infant is modified in the presence of substance addiction.

“Unlike many mothers who find engaging with their infants to be a uniquely rewarding and gratifying experience, mothers with addictions, even when they are not actively using substances, may be less able to respond appropriately to their infants’ cues, finding them less intrinsically rewarding and more stress-provoking,” said Dr. Sohye Kim, assistant professor of obstetrics and gynecology at Baylor and lead author of the study.

In this study, 36 mothers were recruited from an inpatient treatment facility for substance use disorders, and their infants were videotaped five months after delivery. Mothers underwent functional MRI (fMRI) scanning six months after delivery, while viewing happy and sad face images of their own infant. 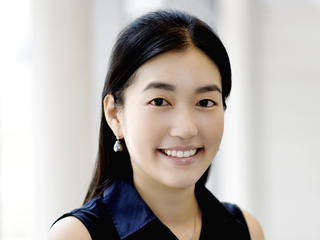 Typically, seeing the smiling faces of their own infant is rewarding to mothers. This reward experience is what underlies and promotes the mother-infant attachment, which essentially motivates the mother to continue to care for the infant even when being a mother is extremely exhausting, Kim said.

“Our results are particularly noteworthy in two respects: first, they were specific to cues from the mothers’ own infants and not unknown infants; and second, they were in response to what could arguably be considered the most rewarding cues from infants – their smiling faces. This is powerful because the smiling cue is probably the most rewarding cue one can get from one’s own infant, yet the key reward regions appear to be shut down in response to these cues in mothers with addictions,” Kim said.

The findings of this study suggest a neurobiological explanation of why mothers with addictions may find it difficult to comply with the demands of caring for their infants.

“The transition to motherhood is inherently stressful. It is the enhanced perceived reward value of infant cues, coupled with the sense of reward and pleasure experienced by the mother, that often help to sustain a mother’s attention and responsiveness to her infant during a critical developmental period,” Kim said. “When the functions of the dopamine- and oxytocin-associated maternal circuitry go awry, as our study has suggested here in the case of substance addictions, mothers may be compromised in their abilities to care for their infants, and the risk for abuse and neglect may rise.”

This is the first human study examining how the mother’s brain response to her own infant is modified in the presence of substance addiction. Other researchers involved in this investigation include Lane Strathearn from the University of Iowa, who was the senior author of the study, Udita Iyengar from King’s College in London, and Linda C. Mayes, Marc N. Potenza and Helen J. V. Rutherford all from Yale University. This study was funded by the NIDA, R01 DA026437, R01 DA06025, and R01 DA02446.