Study shows how memories ripple through the brain

Using an innovative “NeuroGrid” technology, scientists showed that sleep boosts communication between two brain regions whose connection is critical for the formation of memories. The work, published in Science, was partially funded by the Brain Research through Advancing Innovative Neurotechnologies (BRAIN) Initiative, a project of the National Institutes of Health devoted to accelerating the development of new approaches to probing the workings of the brain.

“Using new technologies advanced by the BRAIN Initiative, these researchers made a fundamental discovery about how the brain creates and stores new memories,” said Nick Langhals, Ph.D., program director at NIH’s National Institute of Neurological Disorders and Stroke.

A brain structure called the hippocampus is widely thought to turn new information into permanent memories while we sleep. Previous work by the new study’s senior author, New York University School of Medicine professor György Buzsáki, M.D., Ph.D., revealed high-frequency bursts of neural firing called ripples in the hippocampus during sleep and suggested they play a role in memory storage. The current study confirmed the presence of ripples in the hippocampus during sleep and found them in certain parts of association neocortex, an area on the brain’s surface involved in processing complex sensory information. 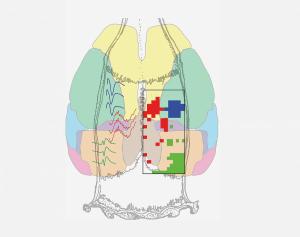 “When we first observed this, we thought it was incorrect because it had never been observed before,” said Dion Khodagholy, Ph.D., the study’s co-first author and assistant professor at Columbia University in New York.

Using a cutting-edge NeuroGrid system they invented, along with recording electrodes placed deeper into the brain, the researchers examined activity in several parts of rats’ brains during non-rapid eye movement (NREM) sleep, the longest stage of sleep. Their NeuroGrid consists of a collection of tiny electrodes linked together like the threads of a blanket, which is then laid across an area of the brain so that each electrode can continuously monitor the activity of a different set of neurons.

“This particular device allows us to look at multiple areas of the brain at the same time,” said Jennifer Gelinas, M.D., Ph.D., the study’s co-first author and assistant professor at Columbia University.

To test that idea, they examined brain activity during NREM sleep in rats trained to locate rewards in a maze and in rats that explored the maze in a random fashion. In the latter group of animals, the ripples in the hippocampus and cortex were no more synchronized before exploring the maze than afterwards. In the trained rats, the learning task increased the cross-talk between those areas, and a second training session boosted it even more, further suggesting that such communication is important for the creation and storage of memories.

The group hopes to use the NeuroGrid in people undergoing brain surgery for other reasons to determine if the same ripples occur in the human brain. The researchers also plan to investigate if manipulating that neural firing in animals can boost or suppress memory formation in order to confirm that ripples are important for that process.

“Identifying the specific neural patterns that go along with memory formation provides a way to better understand memory and potentially even address disorders of memory,” said Dr. Gelinas.