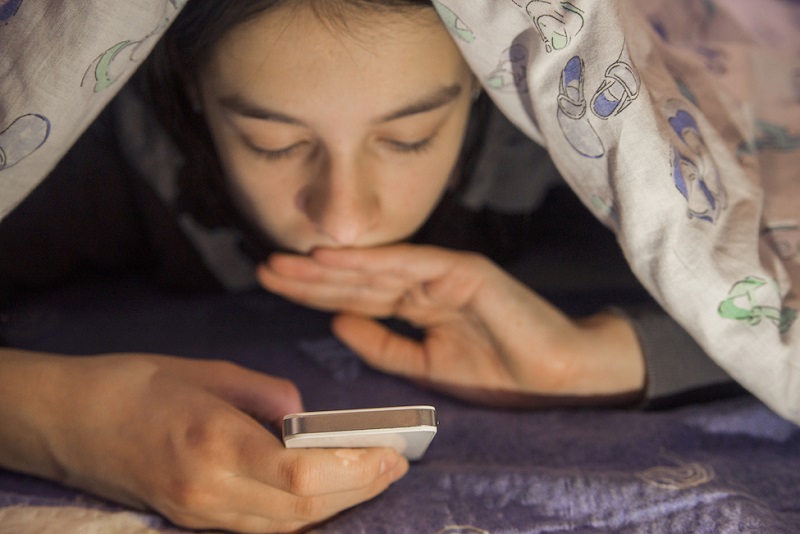 Adolescents harming themselves with cuts, scratches or burns has gained a lot of attention over the years not just because of the physical damage and internal turmoil, but also because it has been linked to suicide. More recently, a new form of self-harm in youth has emerged and is cause for concern, warns a researcher and bullying expert from Florida Atlantic University.

The behavior: “digital self-harm,” “self-trolling,” or “self-cyberbullying,” where adolescents post, send or share mean things about themselves anonymously online. The concern: it is happening at alarming rates and could be a cry for help.

A new FAU study is the first to examine the extent of this behavior and is the most comprehensive investigation of this understudied problem.

“The idea that someone would cyberbully themselves first gained public attention with the tragic suicide of 14-year-old Hannah Smith in 2013 after she anonymously sent herself hurtful messages on a social media platform just weeks before she took her own life,” said Sameer Hinduja, Ph.D., study author, a professor in FAU’s School of Criminology and Criminal Justice in the College for Design and Social Inquiry, and co-director of the Cyberbullying Research Center. “We knew we had to study this empirically, and I was stunned to discover that about 1 in 20 middle- and high-school-age students have bullied themselves online. This finding was totally unexpected, even though I’ve been studying cyberbullying for almost 15 years.”

Hinduja and his collaborator from the University of Wisconsin-Eau Claire, Justin W. Patchin, Ph.D., recently published results of their study in the Journal of Adolescent Health.

They used a nationally representative sample of 5,593 middle and high school students between the ages of 12 and 17 years old living in the United States to find out how many youth participated in digital self-harm, as well as their motivations for such behavior. They also examined if certain correlates of offline self-harm also applied to digital forms of self-harm.

Boys were more likely to participate in this behavior (7 percent) compared to girls (5 percent). Their reasons, however, varied dramatically. Boys described their behavior as a joke or a way to get attention while girls said they did it because they were depressed or psychologically hurt. This finding is especially worrisome for the researchers as there may be more of a possibility that this behavior among girls leads to attempted or completed suicide.

To ascertain motivations behind the behavior, the researchers included an open-ended question asking respondents to tell them why they had engaged in digital self-harm. Most comments centered around certain themes: self-hate; attention seeking; depressive symptoms; feeling suicidal; to be funny; and to see if anyone would react. Qualitative data from the study showed that many who had participated in digital self-harm were looking for a response.

Age and race of the respondents did not differentiate participation in digital self-harm, but other factors did. Teens who identified as non-heterosexual were three times more likely to bully themselves online. In addition, victims of cyberbullying were nearly 12 times as likely to have cyberbullied themselves compared to those who were not victims. Those who reported using drugs or participating in deviance, had depressive symptoms, or had previously engaged in self-harm behaviors offline were all significantly more likely to have engaged in digital self-harm.

“Prior research has shown that self-harm and depression are linked to increased risk for suicide and so, like physical self-harm and depression, we need to closely look at the possibility that digital self-harm behaviors might precede suicide attempts,” said Hinduja. “We need to refrain from demonizing those who bully, and come to terms with the troubling fact that in certain cases the aggressor and target may be one and the same. What is more, their self-cyberbullying behavior may indicate a deep need for social and clinical support.”