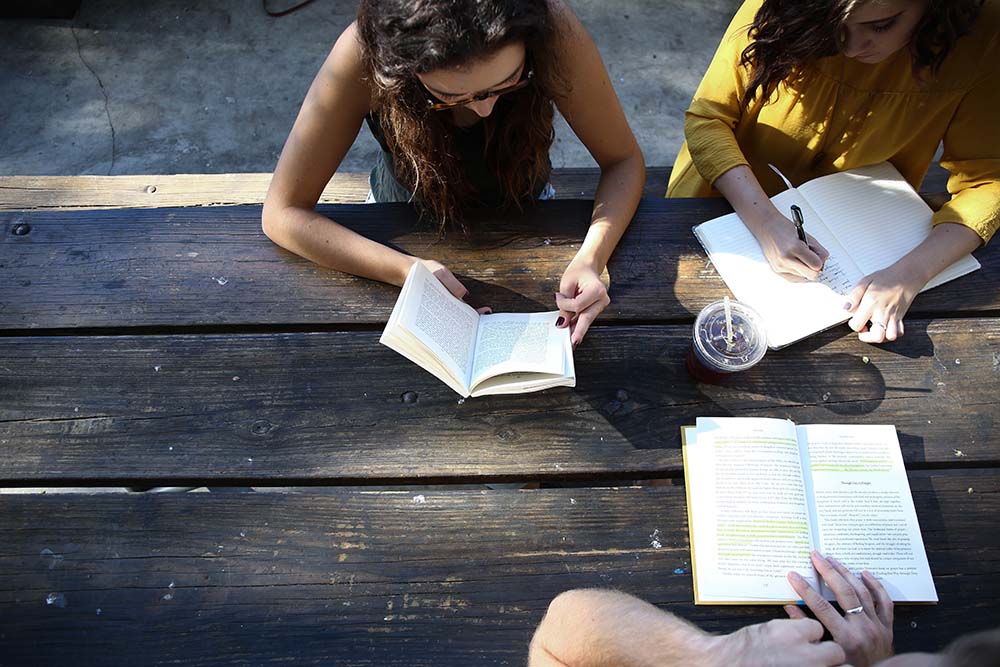 Photo by Alexis Brown on Unsplash

New research from cognitive neuroscientists at Brown and Radboud Universities has pinpointed how stimulants such as Ritalin and Adderall can change people’s motivation to complete difficult tasks.

Yet a new study from a team led in part by Brown University researchers shows that these medications — usually prescribed to individuals diagnosed with attention deficit hyperactivity disorder, but often used by otherwise healthy people as a “study aid” — actually work by directing the brain to fix its attention on the benefits, rather than the costs, of completing difficult tasks.

The study, published in the journal Science, marks the first time that scientists have examined precisely how stimulants such as Ritalin alter cognitive function. Their research could open opportunities for further studies to help medical professionals better understand how to identify and treat ADHD, depression, anxiety and other mental disorders.

“People tend to think, ‘Ritalin and Adderall help me focus,’” said Michael Frank, the study’s co-senior author and a professor of cognitive, linguistic and psychological sciences at Brown. “And they do, in some sense. But what this study shows is that they do so by increasing your cognitive motivation: Your perceived benefits of performing a demanding task are elevated, while the perceived costs are reduced. This effect is separate from any changes in actual ability.”

According to Frank, stimulants such as Ritalin increase the amount of dopamine released in the striatum, a key region in the brain related to motivation, action and cognition. Previous research has shown that dopamine, a “chemical messenger” that ferries information between neurons, can greatly influence cognitive and physical behavior. Several past studies have found, for example, that both rodents and humans are more motivated to perform physically demanding tasks with higher dopamine.

What has remained unknown, though, is whether dopamine can have similar motivational effects on cognition — and that’s what a new collaborative project between Frank, Brown postdoctoral researcher Andrew Westbrook and Dutch neuropsychiatry scholar Roshan Cools set out to understand.

“We’ve known for a long time that when you give people these types of stimulants, you get enhanced performance,” said Westbrook, the study’s lead author. “But is that due to an increased ability, or is it due to increased motivation? We didn’t know which of these two factors were contributing and to what degree.”

Frank’s team had previously developed mathematical models suggesting that dopamine alters the degree to which the striatum emphasizes the benefits, rather than the costs, of completing physical and mental actions. Drawing upon these models, Westbrook worked with Frank and Cools to develop an experiment that examined how stimulants that elevated dopamine levels affected people’s mental cost-benefit analyses.

The researchers worked with 50 healthy women and men ages 18 to 43 in a lab at Radboud University in the Netherlands. First, they measured the natural dopamine levels in each subject’s striatum using brain imaging technology. Then, they asked the subjects whether they would take part in a series of cognitively demanding tests, some easier and others more difficult, in exchange for certain amounts of money. Subjects who agreed to take the hardest tests stood to make the most money.

Each of the subjects completed the experiment three times — once after taking a placebo; once after taking methylphenidate, the generic version of Ritalin; and once after taking sulpiride, an antipsychotic that elevates dopamine levels when taken in low doses and is often used to treat symptoms of schizophrenia and major depressive disorder at much higher doses. The researchers used a double-blind experiment design, where neither they nor the subjects knew which pill was being given to each subject.

The results largely matched Westbrook’s computer-modeled predictions. Those with lower dopamine levels made decisions that indicated they were more focused on avoiding difficult cognitive work — in other words, they were more sensitive to the potential costs of completing the task. Those with higher dopamine levels, on the other hand, made decisions that showed they were more sensitive to differences in the amount of money they could earn by choosing the harder test — in other words, they focused more on the potential benefits. Westbrook said the latter held true whether the subjects’ dopamine levels were naturally higher or whether they had been artificially elevated by medications.

Westbrook said the results support the idea that, medication or no medication, dopamine typically acts as a motivation regulator for human brains.

“The thoughts that pop into our head, and the amount of time we spend thinking about them, are regulated by this underlying cost-benefit decision-making system,” Westbrook said. “Our brains have been honed to orient us toward the tasks that will have the greatest payoff and the least cost over time.”

All of us have slightly different base levels of dopamine, said Frank, who is affiliated with the Carney Institute for Brain Science at Brown. Those who have lower levels tend to be more risk-averse, because they spend more time focusing on the potential costs of completing a difficult task. Those with higher levels tend to be more impulsive and active, because they focus more on the benefits.

No single dopamine level is inherently better than another, Frank said — an active, high-dopamine person may take fulfilling, happiness-boosting risks but may also be more prone to injury; a risk-averse, low-dopamine person may avoid injuries and disappointments but may also miss out on adventures. And dopamine levels don’t necessarily stay the same from one day to the next: They may decrease in response to danger or lack of sleep, and they may increase when people feel safe and supported.

In other words, Westbrook said, most people can trust natural dopamine levels to guide them toward the right decisions. Of course, previous experiments have made it clear that many people with particularly low dopamine levels — including those who are diagnosed with depression or ADHD — can benefit from dopamine-boosting stimulant medications. But he said those medications are never certain to improve the lives of those who are healthy and who choose to use them recreationally. Doing so could, in fact, lead some to make poorer decisions.

“When you raise dopamine in someone who already has a high dopamine level, every decision seems like it has benefit, which could distract from the real beneficial tasks,” Westbrook said. “People might behave in ways that aren’t consistent with their goals, like taking part in impulsive gambling or risky sex behaviors.”

Westbrook and Frank hope their study helps future researchers and medical professionals better understand cognitive mechanisms, allowing them to identify connections between dopamine levels and disorders such as anxiety, depression, ADHD and schizophrenia.

“We want to know, what are the drivers of what changes cognitive ability and function?” Frank said. “Our research is focused on carving nature at its joints, so to speak — disentangling neural and cognitive functions to understand people’s different thought processes and evaluate what’s best for their needs, whether it’s therapy or medication.”

Alas, another study that proves that there is no scientific basis to the diagnosis ADHD.
Being unmotivated to engage a task or activity that one has little interest in is not a brain disorder: it is an annoyance.
Kindness, patience understanding and acceptance are the remedy.