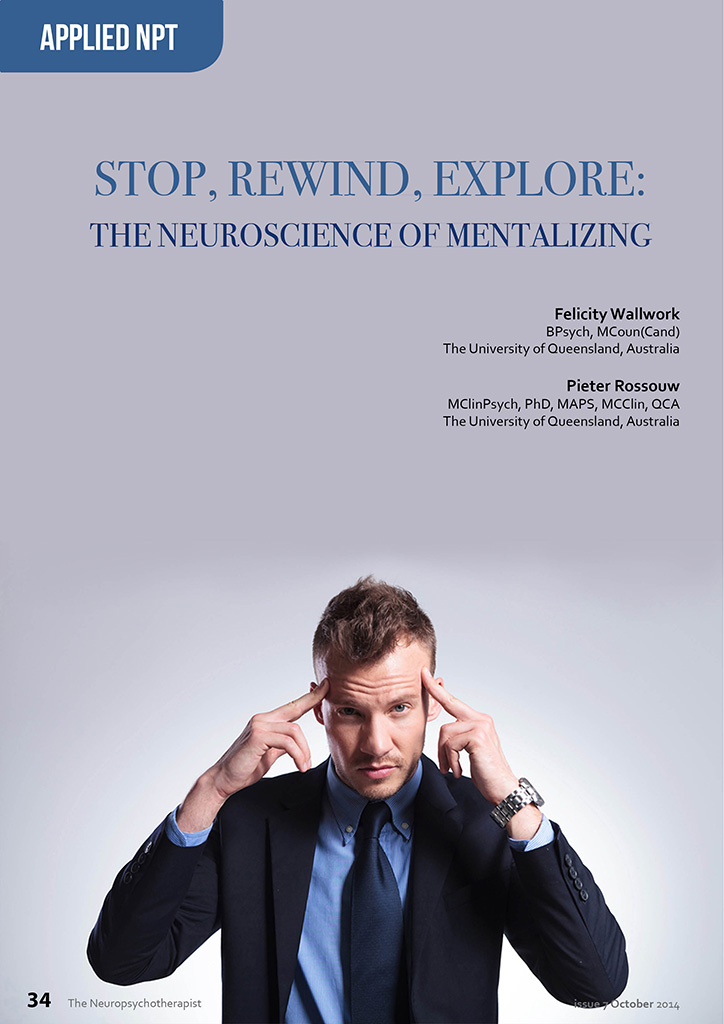 The Neuroscience of Mentalizing

Over the past two decades, the concept of mentalizing has received growing interest in the social cognition, neuroscientific, psychological, developmental, genetic, and philosophical literature (Achim, Ouellet, Roy, & Jackson, 2012; Bateman & Fonagy, 2013). This review will provide an overview of the concept of mentalizing and explain the significance of implicit mentalizing as opposed to explicit mentalizing. The development of the ability to mentalize will be examined from both a theoretical and neuropsychological aspect. The impact on mentalizing ability of abuse, trauma and poor attachment will then be discussed. In addition, psychological disorders including schizophrenia, autism, and borderline personality disorder will be examined with regard to their association with mentalizing dysfunction. The approach to treatment based on the mentalizing literature will be reviewed with respect to strengths, limitations and overall usefulness for practice. The issues and debates according to the literature in each of these areas will be presented incorporating our own questions and issues regarding mentalizing research. Finally, a discussion of the impact of writing this review on my (Wallwork’s) current practice and experience as a counselling student on practicum will be presented. This review will argue that the concept of mentalizing, despite requiring further empirical evidence for treatment outcomes and mechanisms of change, is a theoretically based, versatile and practical approach suitable for use in a counselling setting…

Download this issue from our Academy. [wlm_private “NPT Basic|3 Year Subscription|Standard Membership|Staff|NPT Premium|Standard Monthly”]  Members CLICK HERE to get this download for free (you must be registered for our academy). [/wlm_private]