Starvation: What Does it Do to the Brain?

Before we start looking at current trials using nutrients to treat mental health outcomes, we thought we would revisit the past once more to see how knowledge gained by our predecessors may be helpful for our current challenges.

As part of our training to become researchers, both Bonnie and Julia were taught about many scientific studies conducted prior to the existence of research ethics committees. There are quite a few that are notorious for how they treated humans and animals, and it is obvious that they would never get approved by an ethics committee in this day and age. These types of experiments can’t be replicated, nor would we want to, given the suffering involved with no foreseeable benefit; however, we can still learn a lot from them, particularly about the role that nutrition plays in mental health. One of those studies was the Minnesota Starvation Experiment.

The Minnesota Starvation Experiment was conducted at the University of Minnesota during the Second World War, between November 19, 1944 and December 20, 1945. The main goal of the study was to determine the physiological and psychological effects of severe and prolonged dietary restriction.

The study was developed in coordination with the Civilian Public Service (CPS), an organization that provided conscientious objectors in the United States an alternative to military service during World War II. Out of 400 volunteers, Ancel Keys, the primary investigator, chose 36 men. The study was divided into three phases:

In 1950, Ancel Keys and his colleagues published the results of the Minnesota Starvation Experiment in a two-volume, 1,385 page text entitled The Biology of Human Starvation (University of Minnesota Press).

Here is a summary of what they found:

For those of you who work in the field of mental health, many of these symptoms will sound familiar – they are symptoms of anxiety and mood disorders as well as symptoms of eating disorders. It really should not be a surprise to this audience that the brain’s functioning is highly compromised when the body is being starved of food (and nutrients). What we wonder is whether eating a diet of primarily highly processed foods low in nutrients has similar effects. 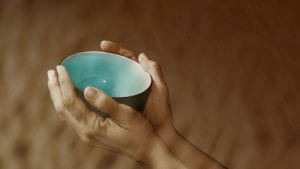 In addition to the work of Keys, many of you may also know of the role of poor nutrition and starvation in the expression of mental health symptoms from tragic naturalistic experiences of famine. The Dutch Hunger Winter Famine, caused by a Nazi blockade of occupied western Holland from October 1944 to May 1945 (around the time that Ancel Keyes was deliberately semi-starving conscientious objectors to the war), taught us a lot about the importance of good nutrition during pregnancy. There have now been a number of publications looking at the long-term effect that this famine had on the offspring of women exposed to the famine during pregnancy. For example, Susser and colleagues looked at the impact that this acute food deprivation during the first trimester of pregnancy had on the risk of developing schizophrenia in the offspring. They tracked the rate of hospitalizations for schizophrenia between 1978 and 1989 and determined there was a two-fold increase in schizophrenia in both men and women exposed to the prenatal famine as compared with an unexposed birth cohort. This finding has since been replicated based on data collected after the China Famine in the late 1950s.

If we do eat nutrient-deficient food (either due to starvation or food choices), does the brain receive what it needs to function effectively and optimally? Could some of our current population be suffering from the effects of semi-starvation?

This is so interesting! I work as a personal trainer at a gym in Norway. I really would like to know what happens to a person, specially the brains functions when you starve yourself and use several diets in this Fitness world. Too many People attend this competitions when they starve themself for weeks to get skinny enough. I am really worried About youth and Young People that not understand the negative affects of doing semi-¨starvation. And do we know if they got longterm “injuries”? Will they have difficulties to function normally in the society with friends, in job, at school, have a Family and so on….