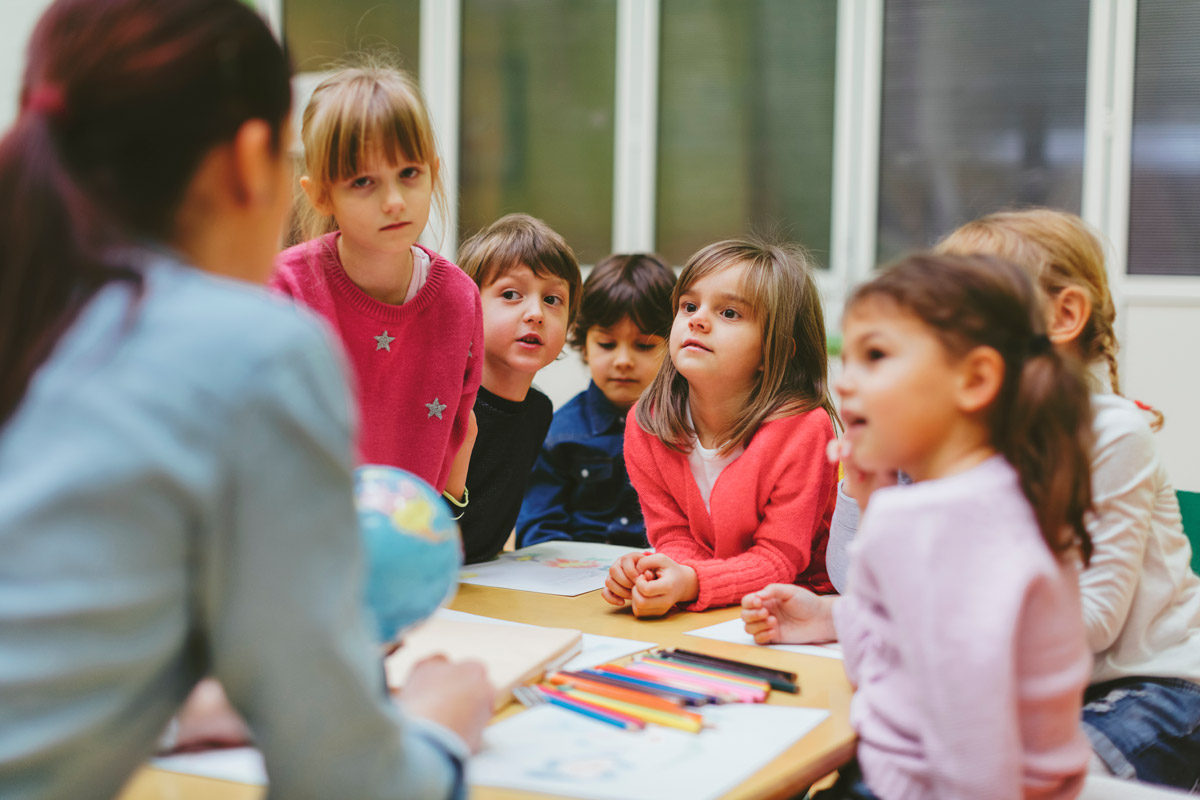 Children age 6 to 7, and even as young as 4 years old, can under certain conditions identify when they are presented with information that is misleading – but technically true – according to a new study from Stanford psychologists.

The study, which appeared in Child Development this week, sheds new light on how young children learn and how they judge their teachers.

“That children become sensitive to the quality of their informants bodes well for their future learning,” said Hyowon Gweon, assistant professor of psychology and the study’s lead author. “We, as adults, frequently omit information to children when something is unnecessary, redundant, too hard, and even when we want them to know ‘the truth, but not the whole truth.’

“Because omission can either be useful or misleading depending on the context, parents and educators should be mindful of children’s sensitivity to ‘informativeness’ and understand when omitting information is helpful and when it can be a ‘sin.’”

For example, if someone said, “I ate some of the cookies” – when, in fact, that person ate all the cookies – the statement would be technically correct, but certainly misleading.  Similarly, like in Gweon’s study, when a teacher demonstrates just one function of a toy – when in fact it has four –  this omission can mislead the learner to think the toy has just a single function. In Gweon’s words, “the teacher committed a sin of omission.”

Children’s ability to recognize that subtlety is important because “it is critical for young learners to decide whom to approach and trust for information, and whom to avoid or discredit,” the researchers said in the study, which was co-authored by psychology graduate student Mika Asaba.

The study included four experiments, beginning with children age 6 and 7. Participants first learned about two toys: one had only one function while the other had four functions.

Then, participants viewed corresponding videos with puppets demonstrating those toys’ functions to Elmo, the Sesame Street character. The key was that both “puppet teachers” demonstrated only one of the toy’s functions, making one teacher fully informative (showing one function of a single-function toy) and the other under-informative (demonstrating one of four). Again, the under-informative puppet technically did not lie; it just did not show the additional three functions.

The children were then asked to rate the puppet teachers based on how helpful they were to Elmo and how good a job they did teaching him. Replicating an earlier study, Gweon found that the 6- and 7-year-olds gave lower ratings to the under-informative teacher. The effect on the children was the same regardless of which video – informative or under-informative – they viewed first.

But the order made a significant difference when Gweon conducted the same experiment on 4- and 5-year-olds. Only the children who viewed the informative teacher first noticed the under-informative teacher’s sins of omission. Further experiments ruled out alternative explanations, showing that “younger children (4-5 years old) are limited in evaluating teachers when they do not have a good comparison in mind,” Gweon said.

Conversely, Gweon said that the 6- to 7-year-olds are “already attuned to the informativeness dimension,” meaning their definition of “helpful” is more refined.

The study’s final experiment, however, showed promise for the youngest participants. Testing only 4-year-olds this time, participants were asked to rate the teachers after viewing them back-to-back—not as in the earlier experiments where the teachers were rated in separate trials. In this context, 72 percent of children preferred the informative teacher regardless of the order they were viewed.

“This was very exciting for us to see,” said Gweon, principal investigator at Stanford’s Social Learning Lab. “We had previously shown the results in older children. If this study had been conducted in the same way – asking separate groups of children to rate each teacher – one might have concluded that the 4- and 5-year-olds do not have this ability yet. But by asking children to evaluate two teachers in sequence, we were able to find this limited, yet remarkable ability in young children.”

Previous examinations of children’s sensitivity to “informativeness” have been mostly in pragmatics, a branch in linguistics that concerns how language is used in social context. Gweon hopes her study in social learning encourages future research that brings the two fields together to provide a more holistic view of how children learn to communicate with others.

“The key hypothesis in our study was motivated by prior work in pragmatics, and the results align well with recent developmental studies in this field,” Gweon said. “I see this study as a way for the literature on children’s social reasoning in pedagogical contexts to connect with linguistics.”