Stanford researchers learn how the brain decides what to learn 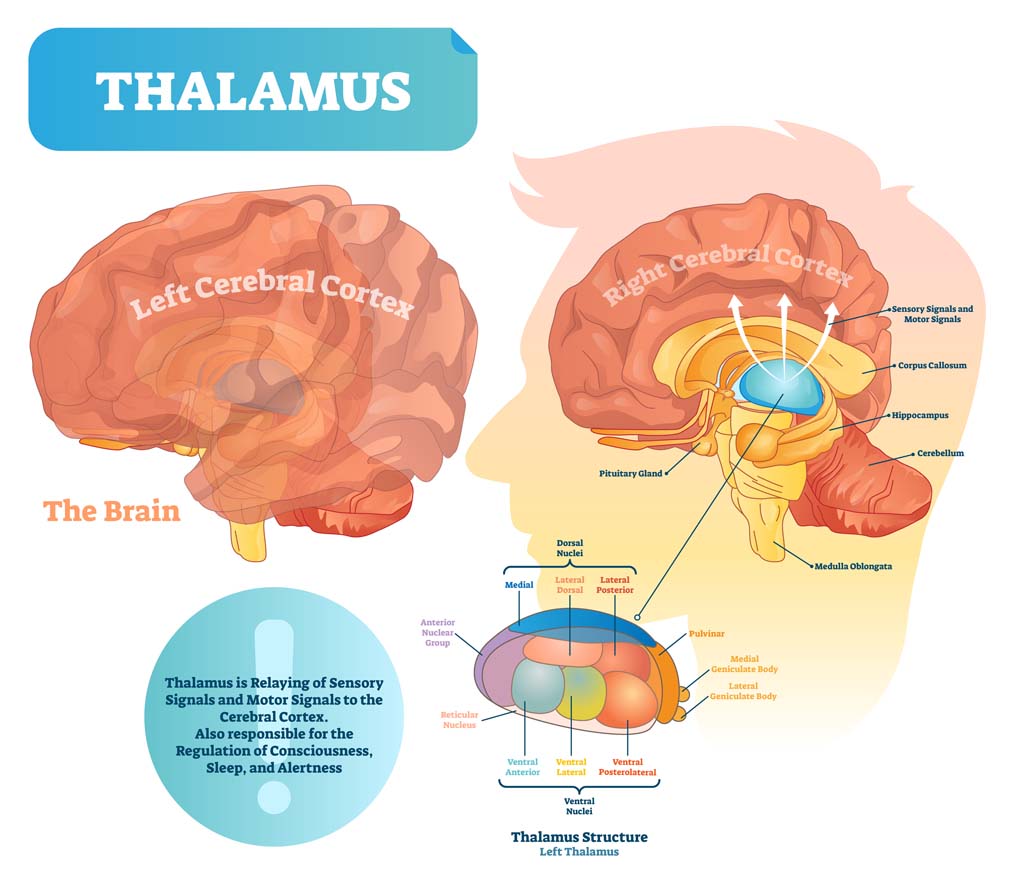 Neuroscientists know a lot about how our brains learn new things, but not much about how they choose what to focus on while they learn. Now, Stanford researchers have traced that ability to an unexpected place.

-AMAZONPOLLY-ONLYWORDS-END-
In order to learn about the world, an animal needs to do more than just pay attention to its surroundings. It also needs to learn which sights, sounds and sensations in its environment are the most important and monitor how the importance of those details change over time. Yet how humans and other animals track those details has remained a mystery. 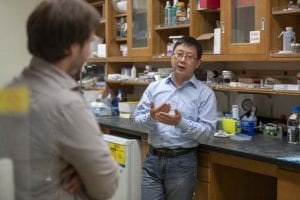 Assistant Professor Xiaoke Chen, right, discusses the functions of the paraventricular thalamus with researcher Greg Nachtrab, one of his co-authors on a new paper. (Image credit: L.A. Cicero)

Now, Stanford biologists report, they think they’ve figured out how animals sort through the details. A part of the brain called the paraventricular thalamus, or P.V.T., serves as a kind of gatekeeper, making sure that the brain identifies and tracks the most salient details of a situation. Although the research, funded in part by the Wu Tsai Neurosciences Institute’s Neurochoice Initiative, is confined to mice for now, the results could one day help researchers better understand how humans learn or even help treat drug addiction, said senior author Xiaoke Chen, an assistant professor of biology.

The results are a surprise, Chen said, in part because few had suspected the thalamus could do something so sophisticated. “We showed thalamic cells play a very important role in keeping track of the behavioral significance of stimuli, which nobody had done before,” said Chen, who is also a member of Stanford Bio-X and the Wu Tsai Neurosciences Institute.

Deciding what to learn

In its most basic form, learning comes down to feedback. For example, if you have a headache and take a drug, you expect the drug will make your headache go away. If you’re right, you’ll take that drug the next time you have a headache. If you’re wrong, you’ll try something else. Psychologists and neuroscientists have studied this aspect of learning extensively and even traced it to specific parts of the brain that process feedback and drive learning.

Still, that picture of learning is incomplete, Chen said. Even in relatively uncomplicated laboratory experiments, let alone life in the real world, humans and other animals need to figure out what to learn from – essentially, what’s feedback and what’s noise. Despite that need, it’s an issue psychologists and neuroscientists have not paid as much attention to.

To start to remedy that, Chen and colleagues taught mice to associate particular odors with good and bad outcomes. One odor signaled a sip of water was coming, while another signaled the mouse was about to get a puff of air to the face.

Later, the researchers replaced the air puff with a mild electric shock – something that would presumably command a bit more attention. The team found that neurons in the PVT tracked that change. During the air-puff phase, two-thirds of PVT neurons responded to both odors while an additional 30 percent were activated only by the odor signaling water. In other words, during this phase the PVT responded to both good and bad outcomes, but there was greater response to good. 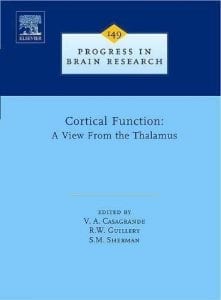 Cortical Function: a View from the Thalamus

During the electric-shock phase, however, the balance shifted. Almost all PVT neurons responded to the shock, while about three quarters of them responded to both good and bad outcomes.

A similar shift happened when mice had had their fill of water. Now that water mattered less to the mice, the PVT was less responsive to water and more responsive to air puffs, meaning it became more responsive to bad outcomes and less so to good ones. Taken together, the results showed the PVT tracks what was most important in the moment – the good outcome when that outweighed the bad, and vice versa.

A new place to look, and to tweak

The results point to several broader conclusions, Chen said. Perhaps most important, other researchers now have a place to look – the PVT – when they want to study how paying attention to different details affects how and what animals learn.

Neuroscientists also now have a new way to control learning, Chen said. In additional experiments with mice genetically modified so the team could control PVT activity with light, the researchers found they could inhibit or enhance learning – for example, they could more quickly teach mice that an odor no longer reliably signaled water was coming, or that another odor had switched from signaling water to signaling a shock.

Those results could point to new ways to modulate learning – in mice, for the time being – by stimulating or suppressing PVT activity as appropriate. They also point, in the long run, to ways to help treat drug addiction, Chen said, by helping addicts unlearn the association between taking a drug and the subsequent high.