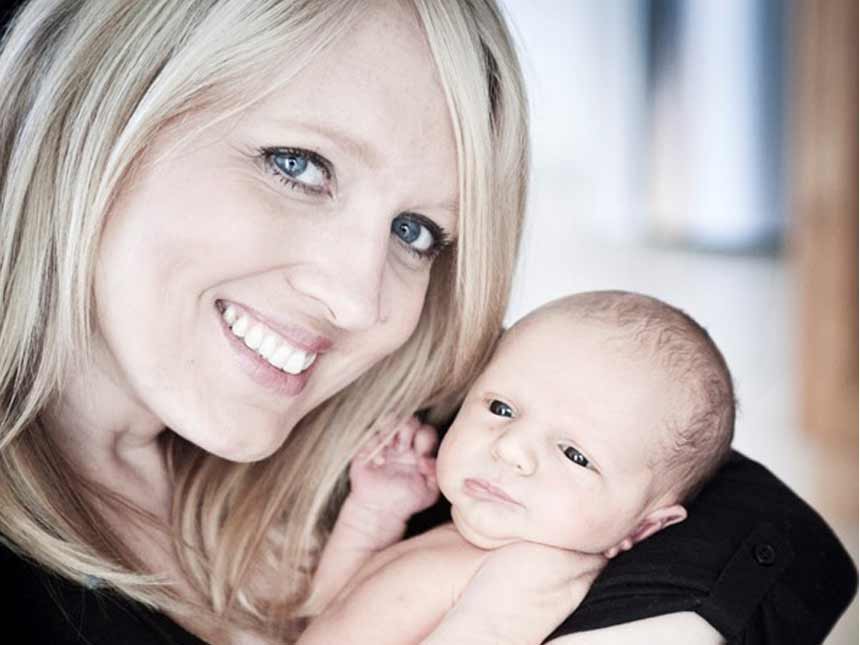 International research involving the University of Adelaide has uncovered a developmental abnormality in babies – especially in premature babies and in boys – that for the first time has been directly linked to cases of sudden infant death syndrome (SIDS).

Researchers believe this abnormality, in the brain’s control of head and neck movement, breathing, heartbeat and the body’s responses to deprivation of oxygen supply, could be the reason why some babies sleeping on their front are more at risk of SIDS.

The results of the study, which investigated 55 SIDS cases in the United States, are now published in the journal PLOS ONE.

“One of the reasons why SIDS is so devastating for families is that death often occurs with no warning and no obvious signs of illness,” says Dr Fiona Bright, Research Associate in the Adelaide Medical School, University of Adelaide, who conducted her work at Harvard and Adelaide as part of her PhD studies.

“While the exact cause of death in SIDS has not been identified, multiple studies have pointed to a subset of SIDS babies that are not entirely ‘normal’ before death. These infants all seem to have some form of underlying vulnerability, exposing them to increased risk.

The abnormality is in the transmission in the brain of a neuro-peptide, known as “substance P”, and its binding with an associated neuroreceptor, “neurokinin-1” (NK1R). Until now, worldwide investigations of the role of substance P in SIDS have been inconsistent and inconclusive.

“Substance P and the NK1R neuroreceptor play a critical role in the brain’s control of the respiratory system, the cardiovascular system, and in how the body responds to hypoxia – that is, deprivation of oxygen at the cell level,” Dr Bright says.

“An infant with this abnormality is likely to have impaired respiratory and motor responses to life-threatening challenges during sleep. While they may be otherwise healthy looking, there is an inability for that child’s brain and body to respond appropriately to an event in which the child is deprived of oxygen in some way.”

Study supervisor Professor Roger Byard, Professor of Pathology at the University of Adelaide, says this abnormality is a key reason why it is more dangerous for babies to sleep on their front.

“We’ve known for many years that babies sleeping face down places them at greater risk of SIDS – now we have a much better understanding as to why,” Professor Byard says.

“If a child has this underlying vulnerability in its brain chemistry, and its breathing becomes compromised by sleeping on its front, that child is at greater risk of death because its body simply can’t respond in the normal way. The baby can’t lift its head, and its breathing and heartbeat will be compromised,” he says.

The study has shown that the abnormality in substance P is significantly influenced by prematurity and male sex, which may explain the increased risk of SIDS in premature and male infants.

“This demonstrated deficiency in substance P highlights that the problem in SIDS infants is much more complex than was once thought, and most likely involves the interactions of a number of chemicals, including serotonin,” Dr Bright says.

“Ultimately, we hope that future research could lead to the development of screening techniques or biomarkers to identify infants who may be at risk of SIDS,” she says.

This research was funded under a Fellowship established by the River’s Gift SIDS charity. River’s Gift was founded in 2011 by two devastated parents who were searching for answers around the sudden death of their healthy four-month-old son, River. River’s Gift has now evolved into a global movement, with fundraisers and supporters worldwide.

“The main objective of River’s Gift is to fund world-leading SIDS research, to make a major contribution to the discovery of a cure for this heart-breaking loss of life,” says River’s Gift General Manager Karl Waddell.

“We are excited about these latest research findings, which show tangible evidence as to the underlying cause of SIDS in a number of cases. We hope this research will eventually assist in the quest to stamp out SIDS,” he says.