“We are seeing a growing number of people who are seeking help because of self-perceived cognitive problems, but have no objective signs of disease despite thorough investigation,” says Marie Eckerström, PhD at the Institute of Neuroscience and Physiology and licensed psychologist at the Memory Unit of Sahlgrenska University Hospital.

The influx of this particular group of patients, which currently represents one-third of the individuals who come to the unit, has increased the need for knowledge of who they are. In her work, Marie Eckerström followed a few hundred of them, both women and men, over an average of four years.

They are usually highly educated professionals who are relatively young in this context, between the ages of 50 and 60. When tested at the hospital, their memory functions are intact. But, in their everyday environment where they are under pressure to constantly learn new things, they think things just are not working right.

Stress is a common factor

The correlation between self-perceived memory problems and stress proved to be strong. Seven out of ten in the group had experiences of severe stress, clinical burnout, or depression.

“We found that problems with stress were very common. Patients often tell us they are living or have lived with severe stress for a prolonged period of time and this has affected their cognitive functions to such an extent that they feel like they are sick and are worried about it. In some cases, this is combined with a close family member with dementia, giving the patient more knowledge but also increasing their concern,” says Marie Eckerström.

The memory unit investigates suspicions of the early stages of dementia in those who seek help. Research is conducted in parallel to this.

“We primarily investigate suspected dementia. If we are able to rule this out, then the patient does not remain with us. But, there are not so many places such patients can turn and they seem to fall between the cracks.”

The majority were stable 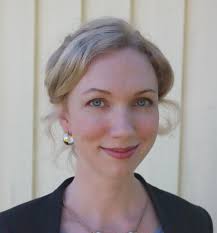 Perceived memory problems are common and may be an early sign of future development of dementia. For those in the studied group who also had deviating biomarkers in their cerebrospinal fluid (beta-amyloid, total-tau and phospho-tau), the risk of deteriorating and developing dementia was more than double. However, the majority demonstrated no signs of deterioration after four years.

“These individuals have no objective signs of dementia. The issue instead is usually stress, anxiety or depression,” says Marie Eckerström.

One out of ten with only self-perceived memory problems developed dementia during the investigated period. According to Marie Eckerström, this is a higher percentage than the population in general, but is still low.

“It is not a matter of just anyone who has occasional memory problems in everyday life. It is more a matter of individuals who sought medical attention to investigate whether they are developing serious problems,” states Marie Eckerström.