Low levels of serotonin in the brain are seen as a possible cause of depression and many antidepressants act by blocking a protein that transports serotonin away from the nerve cells. A brain imaging study at Karolinska Institutet now shows that the average level of the serotonin transporter increased in a group of 17 individuals who recovered from depression after cognitive behavioural therapy. The results are published in the journal Translational Psychiatry. 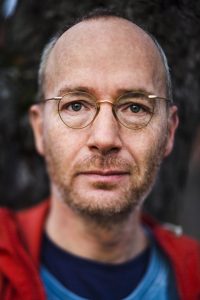 “Our results suggest that changes to the serotonin system are part of the biology of depression and that this change is related to the episode rather than a static feature – a state rather than a trait,” says the study’s last author Johan Lundberg, researcher at the Department of Clinical Neuroscience, Karolinska Institutet. “The finding raises many questions about the function of the serotonin system in depression and opens up for lines of research that could challenge the prevailing concept of serotonin and depression.”

Serotonin is a neurotransmitter that affects, amongst other things, mood and emotion. Its transporter protein, 5-HTT, is considered to play a critical part in depression, as it pumps serotonin away from the cerebral neuron synapses, thus regulating the amount of active serotonin the brain.

Many modern antidepressant drugs inhibit this transporter, which increases the concentration of serotonin in the synapses. However, the effect of these drugs can be delayed by several weeks and in certain cases they have no effect at all, so the need for new or improved drug therapies is pressing. To achieve this, more knowledge is needed about the biological causes of the disease.

Earlier studies have shown that depressed individuals have lower levels of 5-HTT in the brain than healthy individuals. This finding is somewhat surprising given the dominant theory of serotonin function in depression, “the serotonin hypothesis.” This theory dictates that low levels of synaptic serotonin causes depressive symptoms, and since the function of 5-HTT is to reduce the concentration of serotonin, high levels of the protein could be expected in depressed individuals. To better understand these findings a longitudinal or post-treatment study design can be used to answer the question of whether 5-HTT is temporarily or chronically low in people with depression.

In this study, the researchers sought to investigate how the serotonin transporter changes when a depressed person is successfully treated. To do this, they measured levels of 5-HTT in 17 individuals with depression before and after a course of internet-based cognitive behavioural therapy. The measurements were achieved with positron emission tomography (PET), a brain imaging technique in which scientists can gauge levels of different substances in the brain using radioactive tracers.

The researchers found that levels of 5-HTT were on average 10 percent higher after three months’ treatment, when 13 of the 17 patients reported a significant improvement in their symptoms. Prior to treatment, the individuals with depression had roughly the same average level of 5-HTT as a control group of 17 healthy individuals. 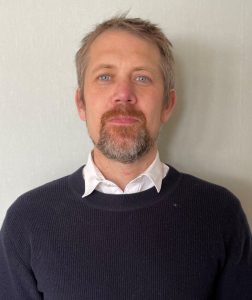 “Instead of lower levels of serotonin transporter when depression had been treated, we found the opposite – more transporter after improved symptoms,” says Jonas Svensson, postdoc researcher in Dr Lundberg’s group. “One possible interpretation is that the serotonin system doesn’t cause depression but is part of the brain’s defence mechanism for protecting itself against depression. One might hypothesize, for example, that the level of 5-HTT drops when an individual is subjected to stress, such as during a depressive state, and that the level rises or normalises when this stress goes away. It’s important to point out, however, that even if these ideas are raised by our study, its design doesn’t allow us to draw any conclusions about why levels of 5-HTT change.”

The study had some limitations, such as that it only included 17 individuals with depression, which is a heterogeneous state, and that the control group was examined only once.

The researchers are now designing new studies to test whether the dynamic function of the serotonin system can be part of a stress-defence system.

The study was supported by grants from the Swedish Research Council, Region Stockholm, the Swedish Mental Health Foundation, the Swedish Society for Medical Research, the Lundbeck Foundation and a private donor.