In the work of Sebern Fisher, neurofeedback has been revolutionary in resolving complex trauma for many of her clients. She’s also written a brilliant book on the subject called Neurofeedback in the treatment of developmental trauma: Calming the fear-driven brain (published by Norton).

We talk to her today about her neurofeedback practice, what got her into it, and how effective is it.

You can find out more about Sebern on her website where she has other resources https://www.sebernfisher.com/

Sebern attended Smith College, Columbia University (including the Film School) and received her Bachelor of Science from the University of Massachusetts in 1976. She graduated from Antioch New England with a Masters in Counseling Psychology in 1978.

Sebern was one of the founders of the Family Planning Council of Western Massachusetts (now Tapestry Health) which began with one rural clinic in 1973. She started her work there as a family planning counselor and by the time she left that organization in 1979, she was the Director of Training and Education. During her tenure, she mounted three major conferences: Men, Women and Rape in 1976 featuring Susan Brownmiller, Ann Burgess and Nicholas Groff; On Sex Education and the Family in 1977; and the third, Women on the Conditions of Women with Anne Alonzo, Marsha Linehan and Dusty Miller in 1979.

From 1980 to 1997, Sebern was the clinical director of a residential treatment program for severely disturbed adolescents in western Massachusetts. At that time, it was considered to be one of the best programs in the state and the treatment outcomes were, at best, troubling.  In an effort to better understand these children and to enhance treatment outcomes, she introduced attachment theory in the mid-eighties, and Dialectical Behavior Therapy in 1991. Her center became the first in the nation to adopt and implement DBT in a residential milieu. 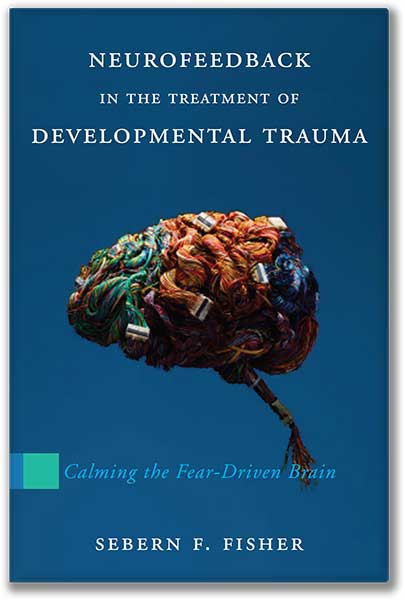 Sebern was introduced to neurofeedback in the spring of 1996, when her friend, Kathy Zilberman asked her if she would be her first ‘subject’.  She recounts the experience of a weekend of neurofeedback training in the introduction to her book, Neurofeedback in the Treatment of Developmental Trauma: Calming the Fear-driven Brain.  When she went into private practice in 1997, she began to integrate neurofeedback with psychodynamic psychotherapy in the treatment of her traumatized patients.  Her book, published by Norton in 2014 (now also available on Audible) is a direct result of what she learned in working with her own brain and with those of her patients.

Sebern maintains a part-time private practice focused on the treatment of adults suffering the aftermath of neglect and assault in childhood in Northampton, Massachusetts. She trains and consults both nationally and internationally in the use of neurofeedback in the treatment of developmental trauma, on the central role of fear in those who have suffered these histories and on the integration of psychotherapy and neurofeedback. She has written and presented two webinars: the first 16-part webinar was called Training Trauma: New Thinking, New Treatment, New Challenges and covered the impacts of developmental trauma on the brain and the integration of neurofeedback with psychotherapy. The second, The Nature of Forgetting: The Treatment of Dissociation, Repression and Regression with Psychotherapy and Neurofeedback will be presented live February 16th-March 23rd, 2020.