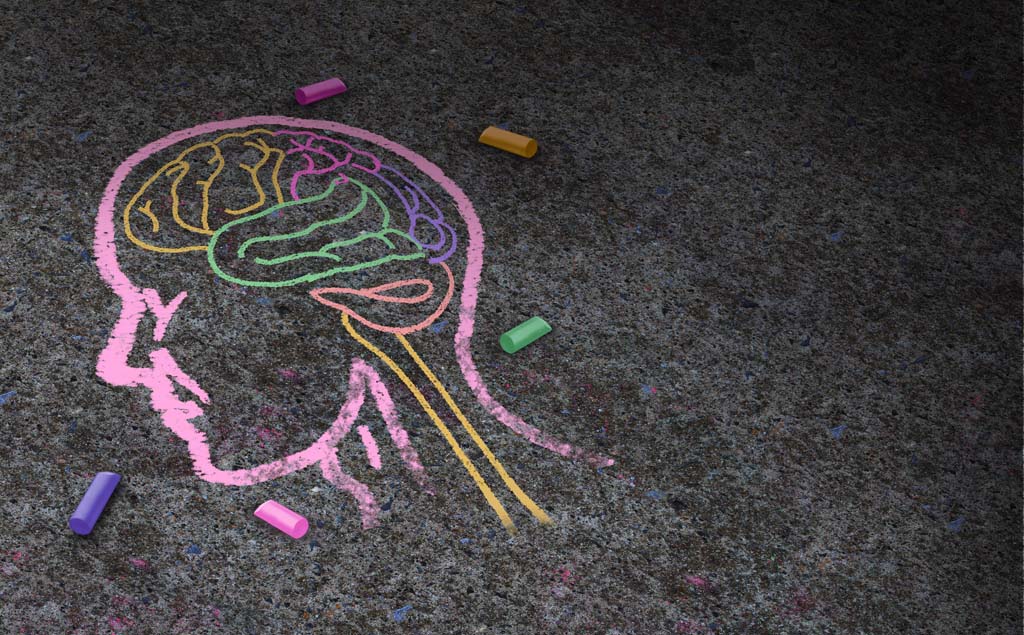 A study has uncovered a brain-signaling pathway that can be pharmacologically manipulated in mice to reverse an autism-related pathway.

-AMAZONPOLLY-ONLYWORDS-END-
A team of scientists at Florida Atlantic University has uncovered a brain-signaling pathway that can be pharmacologically manipulated in genetically engineered mice to reverse an autism-related pathway. Using an investigational drug targeting this pathway, the researchers normalized the disrupted physiology and behavior of these mice. Moreover, effects were seen in adult mice, suggesting a possible route to medication development for adults with autism spectrum disorder (ASD).

Currently, there are no FDA-approved medications that improve the core symptoms of ASD. Findings from this study, published in the Proceedings of the National Academy of Sciences (PNAS), suggest a novel approach to treating this disorder in some people by targeting an enzyme normally associated with stress and inflammation.
-AMAZONPOLLY-ONLYWORDS-START-

“Even though the first connections between serotonin and ASD were made more than 50 years ago, how we might tap into these observations for potential treatments hasn’t been clear.”

-AMAZONPOLLY-ONLYWORDS-END-
The study was based on decades of research by the team on serotonin, a mood-regulating molecule in the brain that regulates many brain synapses – the gaps between nerve cells where signals are sent and received. The supply of serotonin is tightly regulated by a protein called the serotonin transporter (SERT), which sweeps away serotonin from synapses to limit its action. Shifts in the transporter’s activity can have significant consequences on the ability of serotonin to act in the brain.

While evidence shows that changes in SERT expression and function may underlie risk for neuropsychiatric disorders, exactly how SERTs are normally regulated in the brain and whether this regulation can be a target for improved medications, and for what disorders, has been unclear.

Randy Blakely, Ph.D., senior author, executive director of FAU’s Brain Institute, and a professor of biomedical science in FAU’s Schmidt College of Medicine, first identified and cloned the human SERT gene about 25 years ago and established the ability of SERT to be blocked by the major antidepressant medications such as Prozac®, Zoloft® and Lexapro®. Recognizing the limits of these medications, Blakely hypothesized that resetting the normal regulation of SERT, rather than eliminating its function altogether, might be a more  subtle and effective way to modify brain serotonin signaling.

“We suspected that normally as serotonin signaling changes, neurons turn up or down the activity of this transporter keeping serotonin levels finely balanced,” said Blakely. “We generated evidence for this idea using cultured cells that expressed SERT, but what these observations meant for the brain or brain disorders was unclear.”

In 2005, Blakely and collaborators at Vanderbilt University reported multiple mutations in SERT in children with ASD. Remarkably, all of these mutations made the transporter hyperactive all of the time, like an out-of-control vacuum cleaner sucking the air out of a room.
-AMAZONPOLLY-ONLYWORDS-START-

“Our years of studying SERT gave us a clue as to how to tone down SERT hyperactivity without eliminating the protein’s normal function,” said Blakely.

A few years before their mutation discovery, Blakely’s team identified an enzyme, p38α MAPK, as a key SERT regulator. This enzyme is well known to be a contributor to inflammatory responses, but work from multiple laboratories suggests that the enzyme plays a role in the normal control of serotonin signaling. Importantly, changes in molecules linked to p38α MAPK signaling have been reported in brain samples from ASD subjects. Focusing on the most common of the SERT mutations, Ala56, the group set out to test their theory that SERT was being shoved into “high gear” by the enzyme.

With genetic engineering approaches, the team introduced the Ala56 mutation into the genome of a mouse, where brain biochemistry, physiology and behavior could carefully be examined. As predicted, SERT was found to be modified excessively by p38α MAPK. Moreover, they found changes in the behavior of the mice that were reminiscent of some features of ASD. These changes included excessive repetitive behaviors, deficits in communication, and diminished social interactions. In addition, they found elevated serotonin levels in the blood of the mice, a change seen in 25-30 percent of subjects with ASD – the first time the trait had been reproduced in animals generated to mimic ASD.

“The studies primarily told us that Ala56 wasn’t a benign mutation and possibly that the mice might provide a testbed for developing novel serotoninergic medications,” said Blakely. 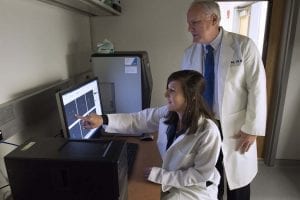 -AMAZONPOLLY-ONLYWORDS-END-To test this idea, Blakely needed a drug that could attack brain p38α MAPK potently and specifically. Biochemist D. Martin Watterson, Ph.D., at the Department of Pharmacology at Northwestern University Feinberg School of Medicine and a co-author, came up with the needed tool known as MW150.

“Marty’s drug was really key to our efforts, as it gets into the brain very well, has good selectivity for p38α MAPK, and previously had been demonstrated to be safe to use in animals,” said Matthew J. Robson, Ph.D., first author and an assistant professor in the James L. Winkle College of Pharmacy at the University of Cincinnati. “Remarkably, giving the drug once a day for a week reversed many of the changes induced by the SERT Ala56 mutation.”

Encouraged by these findings, yet knowing that drugs can sometimes act on other targets, Blakely’s team sought another approach to confirm that the drug’s effects were due to blockade of brain p38α MAPK. They decided to eliminate the enzyme only from brain serotonin neurons using a genetic approach called “conditional gene deletion.” The effects with animals lacking a functional p38α MAPK gene mirrored their findings with MW150.

“Although serotonin and SERT are active in the brain throughout development, one key finding of our study is that the effects we saw with MW150 were found in adult mice,” said Robson. “When people think about treating ASD, they generally think about medications for children. While we do not know if our strategy will lead to new medications, treatments that can help adults with ASD is clearly a huge unmet need.”

The diagnostic features of ASD are behavioral in nature, yet medical comorbidities are common, including bowel problems such as constipation. In 2016, Blakely and a team of researchers at Columbia University led by Kara Margolis, M.D. and Michael Gershon, M.D., co-authors, demonstrated that in addition to behavioral problems, the SERT Ala56 mice showed poor development of the nerve cells that line the colon and support gut contractions. Astonishingly, Blakely’s study demonstrated that MW150 also could treat physiological changes linked to gut function in the mice. 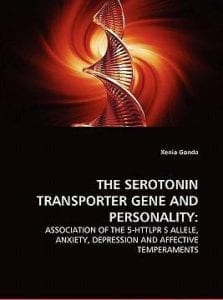 The Serotonin Transporter Gene and Personality

-AMAZONPOLLY-ONLYWORDS-END-“Even though the first connections between serotonin and ASD were made more than 50 years ago, how we might tap into these observations for potential treatments hasn’t been clear,” said Blakely. “We think our study suggests a new direction for medication development, particularly if we can identify those patients where changes in brain serotonin make a difference.”

The SERT Ala56 mutation is relatively rare and found in only about 1 percent of the U.S. population. Even though Blakely’s human studies found the DNA change to be associated with traits of ASD, other individuals in the study who carried the variant did not have ASD.

“We don’t think the variant is a cause for ASD in many people; only in those where other genetic or environmental changes have occurred. The bigger message is that serotonin’s role in brain disorders likely goes far beyond depression,” said Blakely.

Blakely suggests the use of brain-imaging techniques that can scan for changes in SERT levels, or changes in serotonin signaling, could be a possible aid in identifying the right patients for treatment.

Recent estimates indicate a prevalence of ASD in the U.S. of 1 in 59 children with a well-established 4:1 male predominance. Individual costs for care are estimated at about $2.4 million, yielding a societal burden that is expected to exceed $400 billion by 2025.

“It’s been a long road with our research efforts,” said Blakely. “Although our studies so far have used mice, and there is still much to do to understand the full significance of the work, I am glad we haven’t veered from the path. I’m hopeful that our work will prove meaningful beyond the laboratory.”