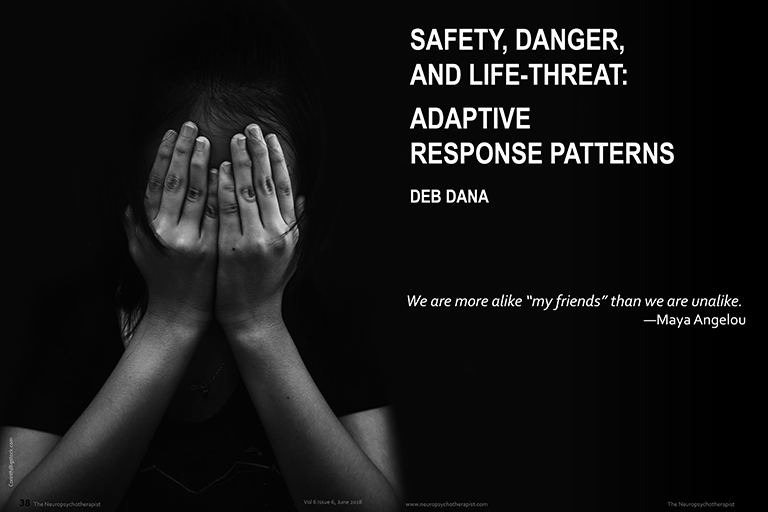 The autonomic nervous system is a common denominator in the human family. We all share the same biobehavioral platform. The job of the autonomic nervous system is to ensure we survive in moments of danger and thrive in times of safety. Survival requires threat detection and the activation of a survival response. Thriving demands the opposite—the inhibition of a survival response so that social engagement can happen. Without the capacity for activation, inhibition, and flexibility of response, we suffer.

If we think of trauma as Robert Macy (president of the International Trauma Center) defined it, “an overwhelming demand placed upon the physiological human system,” then we immediately consider the autonomic nervous system. Whether an isolated traumatic incident or recurring traumatic events, trauma and the autonomic nervous system are linked. Without ongoing opportunities for people to be anchored in systems of safety and to appropriately exercise the neural circuits of activation and inhibition, the ability of their autonomic nervous systems to engage, disengage, and reengage efficiently is impaired.

Within the framework of interpersonal neurobiology (Siegel, 2010), mental health diagnoses can be viewed as related to either a hyperaroused or hypoaroused state, and through a polyvagal perspective this makes sense. Without the ability to inhibit defense responses, the nervous system is in a continual state of activated mobilization (hyperaroused) or immobilization (hypoaroused) survival strategies. While a client’s longing is for autonomic regulation, reaching the embodied state of safety necessary for regulation is often out of reach. Clients are dismayed at their dysregulation and their inability to either individually or interactively regulate. The result of this ongoing dysregulation is felt in physical illnesses, distressed relationships, altered cognitive capacities, and an ongoing search for safety and relief from the intensity of inhabiting a system so out of balance. Pharmacology targets the autonomic nervous system in an attempt to either calm overactive parts or excite underactive parts and move the system back toward regulation. Psychotherapy works similarly, albeit without the use of drugs, instead engaging the natural capacities of the nervous system. Therapy provides safe opportunities to experiment with co-regulation, to add skills for individual regulation, and to practice exercising the neural circuits of social engagement.

Humans carry an autonomic legacy: echoes of older pathways still present in our physiology today. Hardwired into our modern autonomic nervous system are features of risk and safety we have in common with other vertebrates (Porges, 2011). Our primitive dorsal vagal circuit, 500 million years old, protects through immobilization, shutting down body systems to conserve energy, similar to the way that animals feign death in response to life-threat (“playing possum”). The sympathetic nervous system, next to evolve 400 million years ago, creates the possibility of survival through movement and the ability to actively engage or avoid (fight or flight). The newest system is our uniquely mammalian ventral vagal circuit, which evolved 200 million years ago and gives us the capacity to co-regulate (social engagement).

The sympathetic nervous system originates in spinal nerves (nerves that arise from the spinal cord) and is our system of mobilization. Sympathetic nerves are located in the middle of the back in the thoracic and lumbar regions of the spinal cord. To get a sense of this, try moving your hands around to your back, one hand gently reaching from your neck down and the other from your waist up. The space between your hands is approximately where the neurons of your sympathetic nervous system start before extending out to reach their target organs (e.g., eyes, heart, lungs, stomach, and bladder).

Through two mobilization systems, the sympathetic adrenal medullary (SAM) system and the hypothalamic–pituitary–adrenal (HPA) axis, the sympathetic nervous system prepares our body for action. The SAM system is activated quickly, bringing a burst of adrenaline for a fast response to a stressor. The startle response happens within 100 milliseconds! SAM activation brings a short-term, rapid response followed by a return to regulation. The HPA axis takes over when this quick, adrenaline-fueled surge of energy doesn’t resolve the distress. The HPA axis releases cortisol, commonly called the stress hormone. This release takes longer and is slower to take effect, requiring minutes rather than seconds. Using SAM and the HPA axis the sympathetic nervous system can stimulate individual actions (pupil dilation, sweating), progressively increase reactions (breathing and heart rates), or mobilize a massive full-body response (fight or flight).

The vagus has been called a “conduit of connection” – This wonderful wandering nerve is a mixed nerve communicating bidirectionally between the body and the brain.

The parasympathetic nervous system originates in cranial nerves (nerves that emerge directly from the brain). We have 12 pairs of cranial nerves, and the vagus nerve (cranial nerve X), the longest of the cranial nerves, is the main component of the parasympathetic nervous system. Through the actions of the vagus nerve, the parasympathetic nervous system is both our system of immobilization and our system of connection. The vagus is in fact not a single nerve but rather a bundle of nerve fibers woven together inside a sheath. A helpful image is an electrical wire that contains a number of wires inside its outer covering. Vagus comes from the Latin word vagary meaning “wanderer,” and this nerve is truly a vagabond. The vagus travels downward from the brain stem to the heart and stomach and upward to the face through its connection with other cranial nerves. Because of this architecture, the vagus has been called a “conduit of connection.” This wonderful wandering nerve is a mixed nerve communicating bidirectionally between the body and the brain. Eighty percent of its fibers are sensory (afferent), sending information from the body to the brain, and 20% are motor (efferent), sending action information back from the brain to the body. To trace the vagal pathway, place a hand on your cheek and a hand over your heart. Then move one hand to your abdomen. Experiment with moving your hands between these three positions and imagine the vagal fibers connecting these physical locations. 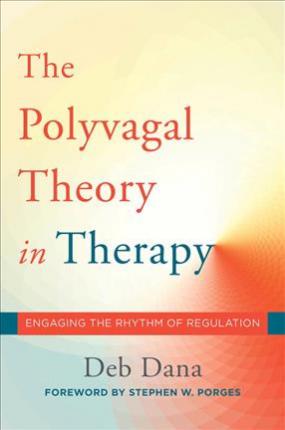 This article is chapter one from The Polyvagal Theory in Therapy: Engaging the Rhythm of Regulation, by Deb A. Dana. Reprinted with permission of the publisher, W. W. Norton & Co. You can purchase a copy from the Book Depository by clicking the book cover.

Through these three unique pathways (ventral vagus, sympathetic nervous system, dorsal vagus), we react “in service of survival.” Each autonomic state brings a characteristic range of responses through its own pattern of protection or connection. When the dorsal vagus comes to the rescue, there is not enough energy to run the system: the system is drained, and the client is numbed. In a sympathetic nervous system response, there is too much energy in the system, and the client is flooded. In a ventral vagal state, the system is regulated, open to connection, and the client is ready to engage. In Polyvagal Theory the three states of the autonomic response hierarchy are named (from newest to oldest) socially engaged, mobilized, and immobilized, or safe, danger, and life-threat. As clients become familiar with their personal response hierarchy, invite them to create their own labels. Many of my clients name their states safe, scared, and shut down. One client uses connected, stormy, and lost to identify her states. And another client, in what feels intensely evocative of the experience, named his states devoted, driven, and devoid.

To follow the autonomic hierarchy, envision your stomach and its digestive processes as the ancient dorsal vagus, move up to the middle of your back as the next layer in the evolution of the system with the sympathetic nervous system and its spinal nerves, and then move to your heart and face and the newest part of the autonomic nervous system, the ventral vagus.

This has been an excerpt from The Neuropsychotherapist Volume 6 issue 6. If you would like to read more of this article and other great content about the science of psychotherapy, please consider subscribing.