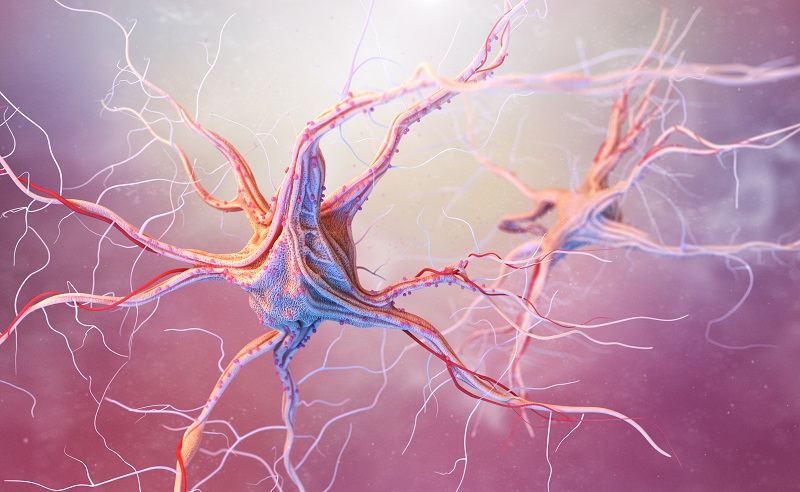 Immune cells are normally associated with fighting infection but in a new study, scientists have discovered how they also help the nervous system clear debris, clearing the way for nerve regeneration after injury. In a study published in the Journal of Neuroscience, researchers from Case Western Reserve University School of Medicine showed certain immune cells—neutrophils—can clean up nerve debris, while previous models have attributed nerve cell damage control to other cells entirely.

“This finding is quite surprising and raises an important question: do neutrophils play a significant role in nerve disorders?” said Richard Zigmond, PhD, senior author on the study and professor of neurosciences, neurosurgery, and pathology at Case Western Reserve University School of Medicine. Neutrophils are one of the most common types of immune cells and known to engulf microorganisms, but they are not normally associated with peripheral nerve damage, such as that caused by diabetes or trauma.

In the new study, Zigmond and colleagues found damaged nerve cells produce a stream of molecular lures that specifically attract neutrophils to injury sites in mice. Damaged mouse sciatic nerves produced hundreds of times the normal amount of two “chemoattractant” molecules, Cxcl1 and Cxcl2, which attach to the surfaces of neutrophils and draw the immune cells into injured tissue. Once at the injury site, the neutrophils engulf cellular debris caused by the nerve damage, tidying up the area so the cells can repair themselves. The process is akin to clearing debris caused by a tornado before rebuilding a power grid. Without the cellular clearance mechanism, nerves can’t properly regenerate after injury.

Previous studies have pointed to immune cells called macrophages as the primary immune cell responsible for engulfing and breaking down nerve debris. The Zigmond laboratory had been studying macrophages in mouse models. Specifically, the team was studying mice genetically modified to lack a receptor on the surface of macrophages—CCR2—that helps macrophages hone in on injury sites. Zigmond asked his graduate student, PhD candidate Jane Lindborg, to look for clearance of nerve cell debris in these mice. “We expected that the clearance would be dramatically inhibited without the receptor. To our amazement, the clearance was unchanged from that in normal mice. The mystery Lindborg had to solve was how nerve cell debris is cleared in these mutant animals,” Zigmond said.

“We came up with a list of potential cellular candidates that could be compensating for the loss of these specific macrophages and used several different tests to determine which cells were clearing away the nerve debris after injury,” Lindborg said. The experiments included sorting immune cells found at injury sites by molecules on their cellular surfaces, and many hours looking at mouse cells through the microscope. “Though it turns out that several different cells pick up the slack in the absence of macrophages, it was the neutrophil that emerged as a major contributor to debris removal. We also discovered that when we depleted neutrophils, nerve debris clearance was significantly halted in both normal mice and mice lacking a major population of macrophages.” Without neutrophils, nerve cells could not properly clear debris.

The findings could open the door for new therapeutics designed to help repair nerve cells damaged by neurodegenerative disease. Said Zigmond, “The clearance of debris after an injury is necessary to allow for effective nerve regeneration. Therefore, if one would want to enhance this clearance in patients, one would need to know what cells to target.” Results from the new study suggest immunostimulant molecules that target neutrophils at nerve injury sites might enhance clean-up and promote nerve cell repair. Immunostimulant molecules are often used to treat chronic infections and immunodeficiencies, but additional studies will be needed to determine their specificity and effectiveness in the context of neuropathies.

Said Lindborg, “We have identified a novel and beneficial role for neutrophils in facilitating debris removal after injury, which has been shown to be an important step in promoting regeneration of the severed nerve. We look forward to exploring exactly how these neutrophils work in concert with other cells to accomplish nerve regeneration.”