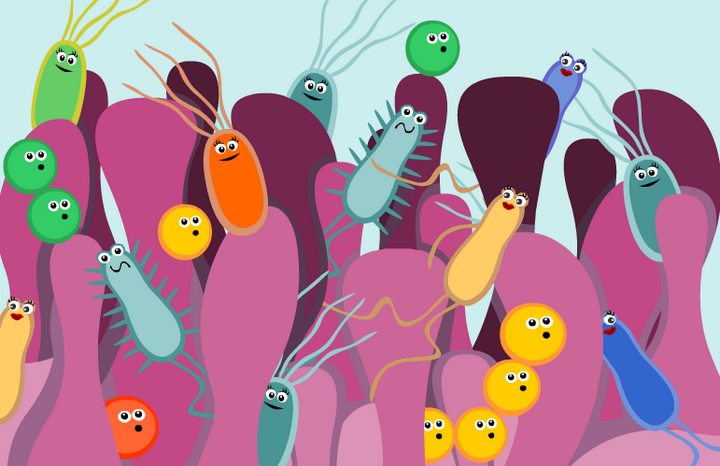 Researchers have identified gut microbiota that interact with brain regions associated with mood and behavior. This may be the first time that behavioral and neurobiological differences associated with microbial composition in healthy humans have been identified.

Brain-gut-microbiota interactions may play an important role in human health and behavior. Previous research suggests that microbiota, a community of microorganisms in the gut, can influence behavior and emotion. Rodent models have demonstrated the effects of gut microbiota on emotional and social behaviors, such as anxiety and depression. There is, however, little evidence of this in humans.

For this study the researchers sought to identify brain and behavioral characteristics of healthy women clustered by gut microbiota profiles.

Forty women supplied fecal samples for profiling, and magnetic resonance images were taken of their brains as they viewed images of individuals, activities or things that evoked emotional responses. The women were divided by their gut bacteria composition into two groups: 33 had more of a bacterium called Bacteroides; the remaining seven had more of the Prevotella bacteria. The Bacteroides group showed greater thickness of the gray matter in the frontal cortex and insula, brain regions involved with complex processing of information. They also had larger volumes of the hippocampus, a region involved in memory processing. The Prevotella group, by contrast, showed more connections between emotional, attentional and sensory brain regions and lower brain volumes in several regions, such as the hippocampus. This group’s hippocampus was less active while the women were viewing negative images. They also rated higher levels of negative feelings such as anxiety, distress and irritability after looking at photos with negative images than did the Bacteroides group.

These results support the concept of brain-gut-microbiota interactions in healthy humans. Researchers do not yet know whether bacteria in the gut influence the development of the brain and its activity when unpleasant emotional content is encountered, or if existing differences in the brain influence the type of bacteria that reside in the gut. Both possibilities, however, could lead to important changes in how one thinks about human emotions.

This study was published by the peer-reviewed journal Psychosomatic Medicine: Journal of Behavioral Medicine.

I am a true believer!!! All my life I have auffered with this uneasy gut feeling as immediately upon waking and I have been quite and drepresses moat of my life. There was one moment 2 years ago when I took out sugar, fungus and yeast from my diet and felt relef and HAPPINESS on a random day. All of my brain fog and pain were gone. However such a trying lifestyle to stick too that I am back to feeling tired, keep to myself, and achy.

Wish I could be apart if such A study, I am a great patient and verly selfless, will always put in ? for others.