I had just attended my first American Psychiatric Association (APA) meeting even though it has been going for 168 years. I was invited to join a symposium on vitamin-mineral combinations as primary treatment of psychiatric symptoms. It was booked on the last day at the last time slot.

This conference is huge. Fourteen thousand attendees. There are over 500 different sessions with 150 rooms being used to accommodate the meeting. Topics vary greatly although I have been surprised about how few there are describing new and innovative treatments.

There was one talk I decided to attend, not because I was particularly interested in the topic, but because it would give me an opportunity to ask a question. 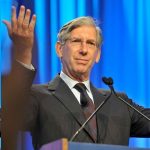 After having listened to the CBC interview between Michael Enright and Dr Jeffery Lieberman where Dr Lieberman publically dismissed Robert Whitaker as a “menace to society,” I decided to attend his talk entitled “The Notorious Past and Bright Future of Psychiatry.” It was held in a massive room (I guess they expected a huge attendance), maybe 200 people attended. Dr Lieberman faithfully went through the history of psychiatry, reminiscing about some of the torturous treatments psychiatrists used to engage in like ice pick lobotomies and insulin shock. He then pointed to the year 1973 as a turning point for the profession. In this year, at the APA meeting, it was apparently stated that “our profession has been brought to the edge of extinction.”

This fear of extinction apparently led to an uprising of scientific endeavours including imaging, genetics, drugs, and neuroscience. DSM became “scientifically driven” with Robert Spitzer at the head and Lieberman stated that the profession was entering a golden era with “hope and change for our medical colleagues.” He said that despite the bad portrayals in the media and the constant unfair criticism the profession was receiving from journalists, he is inspired by the path psychiatry is on, discussed specific cases of lives turned around by psychiatry and medications. He ended by stating that “our time has come, the golden age of our field.”

I nervously went up to the microphone, was first in line, and I asked something like: “Dr Lieberman, thank you for your talk. You have ended with a discussion of the bright future of medications and how many people they have helped. Of course we know that the published studies show benefit of medications over placebo in the short term. But what about the long-term effects of medications? Are there any published studies that show that in the long term people maintain these initial benefits?” For those who have read Robert Whitaker’s blog on MIA, this was the question (or a variation of it), that Bob asked publicly of Lieberman after his CBC radio interview in 2015.

Here was Lieberman’s reply. He first asked who I was; I replied, a clinical psychologist. He stated he thought I couldn’t be a psychiatrist as all psychiatrists would know from clinical practice that patients stay well in the long-term. He asked if I had read Elyn Saks’s book about her marvellous recovery with psychiatric medications from schizophrenia and then stated that it was unethical to do a study of medications in the long-term. 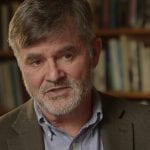 I then gently brought to his attention the many studies that have been published, mentioning Harrow’s work, and Mulder’s analysis of the last 50 years of treatment with antidepressants showing that relapse rates and recovery rates are no better now than they were 50 years before the advent of medications, to which he responded that such a comparison is simply not justified, implying that they can’t tell us anything about the efficacy of antidepressants. I mentioned Wunderink’s study and longterm studies of stimulants. He had no studies to cite that showed longterm benefit of drugs, except anecdote and vast clinical experience. And those studies I mentioned? He dismissed them.

So there you go, Robert Whitaker, your question has been answered.

More interesting, however, was the number of people who came up to me afterwards to thank me for asking the question. Does no one ask this question within the profession?

Ultimately it would be nice if we could bring down the barriers of profession and really focus on one of the most important questions facing all health care professionals and society at large – how do we help those people who don’t want or don’t respond to medications? We know there are lots of them out there, they need a voice, and it is a voice that needs to be heard.

Interesting. You get the same kind of bull headed responses from the ADHD adherents when asked to offer a scientific underpinning of the “diagnosis.” For a comical illustration of this please source Alan Schwartz’s book ADHD NATION. When a distinguished panel of psychiatrists and psychologists—the World’s leading experts in the field—were asked what a child with ADHD looked like, they couldn’t come up with an answer.
It isn’t that anyone is 100% right or wrong, but to be called a menace is an attempt to shut down all discussion on the topic—a form of bullying—that Is in conflict with the very principals of scientific exploration.

I find it interesting there should be talk of 1973. It would seem to be a pivotal year in the direction which Psychiatry took perhaps for the worse if the experiences of myself and many others, your account, and that of Dr Abram Hoffer are to be believed. My own still-modest research and writing skills soon after I had benefited greatly from the work of his successors led me to write this on the subject: https://biochemicalhealth.org/

Embarassingly this comment was by mistake added as a reply to Roger instead of Julia.

Hi! Quick question that’s totally off topic. Do you know how to make your site mobile
friendly? My blog looks weird when viewing from my apple iphone.

I’m trying to find a theme or plugin that might be able to
fix this issue. If you have any recommendations, please share.
Many thanks!