Q&A: The triune brain and the importance of language. 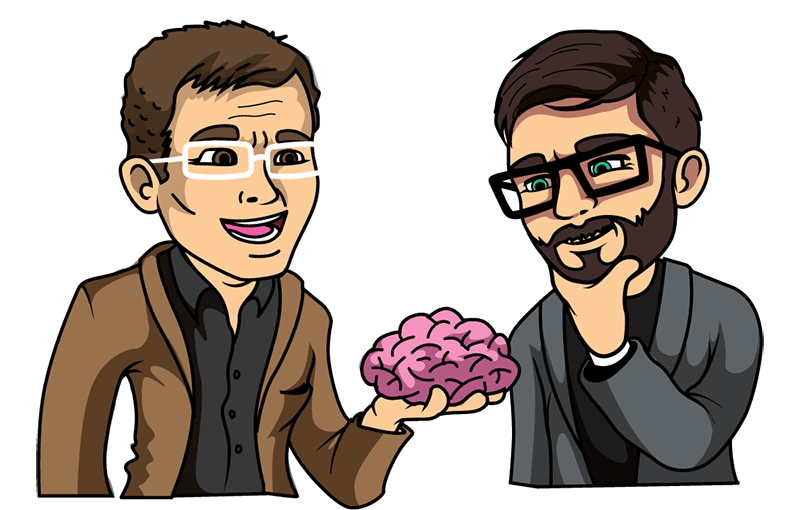 In our first question and answer episode we discuss a few questions from listeners. First up we have a question from physician Alexander von Essen in Berlin, Germany.

Alexander asks: “I am very interested in the concept of the ‘triune brain’ and I would love to hear something about it in your podcast. I consider the concept quite useful.”

Matthew gives a brief overview of the triune brain model that was developed by American neuroscientist Paul D. MacLean back in the 1960s and became a popular concept in the 1990s after MacLean wrote about it in his book The Triune Brain in Evolution.

The idea became more popular through Carl Sagan’s book The Dragons of Eden – a speculative look at the evolution of human intelligence and through writings such as Jaac Panksepp’s 2003 book The Evolutionary Neuroethology of Paul MacLean: Convergences and Frontiers.

So the model proposes 3 brain regions: 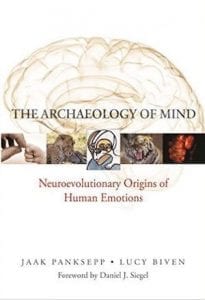 The Archaeology of Mind : Neuroevolutionary Origins of Human Emotions

The model is a little simplistic from a neuroscience perspective and it’s evolutionary foundations are a little shaky. Nevertheless it makes for a good shorthand when describing some brain functions to clients.

Next we have Marc who asks

“I wonder how our feelings inform our choice of words?”

And Dale who also asks

“I’m just drafting a paper on using AEDP in psychotherapy with men. Part of what I want to explore is how language that is accurate and true can reduce shame and increase wellbeing and responsibility.

Much of my work over the years has been with men who use violence in intimate relationships.  When I man says something like, “I lost it with her and probably did some things I wish I hadn’t.” I might invite him into an an experiment by saying, “Would you be willing to describe that again and use words that describe your actions while also taking out “probably.”  He may reply with something like, “I slapped her hard across her face. I scared her and broke her trust of me.” After describing his aggression in an accurate and responsible way I often notice a sigh (which I assume to be relief) and a change in the quality of his eyes, more present, not vacant.
What I’d like to understand is what part of the brain is changing in these moments. The feeling in the room is very different.”

Some of the resources that Richard talks about are:

https://youtu.be/k61nJkx5aDQ – Nature video based on research by where it is shown that words and their meaning are distributed all over the brain. Not only single words, but single words in different places in relation to the meaning changes. 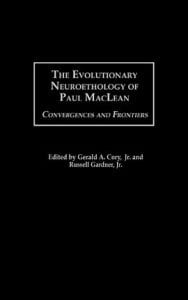 The Evolutionary Neuroethology of Paul MacLean : Convergences and Frontiers

http://gallantlab.org/huth2016/ interactive website where you can explore the research

For example, on the left-hand side of the brain, above the ear, is one of the tiny regions that represents the word “victim”. The same region responds to “killed”, “convicted”, “murdered” and “confessed”. On the brain’s right-hand side, near the top of the head, is one of the brain spots activated by family terms: “wife”, “husband”, “children”, “parents”.

Utka Eskimos have no linguistic concept of “Anger.” The Tahitians have no linguistic concept of “Sadness.” This last item is very difficult for Westerners to accept… life without sadness? Really? When Tahitians are in a situation that a Westerner would describe as sad, they feel ill, troubled, fatigued, or unenthusiastic, all of which are covered by their broader term pe’ape’a.

Benefits of speaking your emotions (writing too) – Look at the work of Matthew Lieberman. And check out this study from the University of California, Los Angeles. “Putting Feelings Into Words Produces Therapeutic Effects In The Brain.” ScienceDaily. ScienceDaily, 22 June 2007. <www.sciencedaily.com/releases/2007/06/070622090727.htm>.

Please leave an honest review on iTunes and please subscribe to our show.

You can also find our podcast at: The Science of Psychotherapy Podcast Homepage

If you want more great science of Psychotherapy please visit our website thescienceofpsychotherapy.com