School, health and behavior suffer when children have TV, video games in bedroom 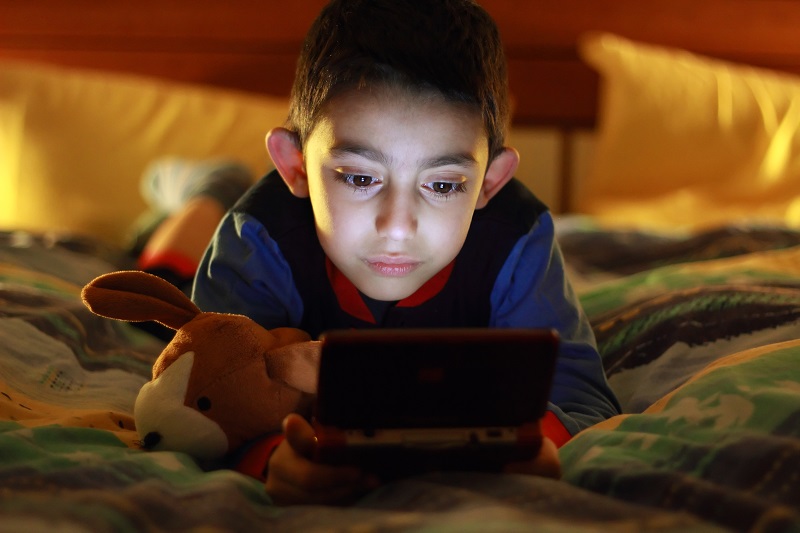 A new Iowa State University study is one of the first to demonstrate the consequences of allowing children to have a TV or video game system in their bedroom.

Douglas Gentile, lead author and professor of psychology, says the research shows location really does matter. When there was a TV or video games in the bedroom, children spent less time reading, sleeping or participating in other activities, which had a ripple effect on several outcomes. As a result, these children did not do as well in school and were at greater risk for obesity and video game addiction, Gentile said.

Researchers were able to track these effects over a period of six months to two years. The study, published in the journal Developmental Psychology, also found children with bedroom media watched programs and played video games that were more violent, which increased levels of physical aggression. Gentile says it stands to reason that most parents are not fully aware of what is happening behind closed doors.

“When most children turn on the TV alone in their bedroom, they’re probably not watching educational shows or playing educational games,” Gentile said. “Putting a TV in the bedroom gives children 24-hour access and privatizes it in a sense, so as a parent you monitor less and control their use of it less.”

The study utilizes data from Gentile’s previous studies on screen time and media content. While some of the results mirror the findings in those studies, Gentile says they found that having bedroom media significantly changes the amount of time children spend with media, changes the content they view, but also changes what children do not do, such as reading.

Several studies have tracked changes in children’s screen time. Gentile says that number continues to trend upward, nearing close to 60 hours a week that children spend in front of screens. National studies show that more than 40 percent of children, ages 4-6, have a TV in their bedroom, and a substantial majority of children 8 and older have a TV or video game console in their bedrooms.

While this study looked specifically at TVs and video games in the bedroom, Gentile expects the effects to be the same, if not stronger, given the access children now have to digital devices. He has talked with parents worried about their child’s digital media use or how best to set limits. Their concerns range from children accessing questionable content to responding in the middle of the night to text messages or social media alerts, he said.

It is a challenge Gentile says he too has faced as a parent, but he encourages others to keep media out of their children’s bedroom. It may cause a battle in the short term, but will benefit children in the long term.

“It’s a lot easier for parents to never allow a TV in the bedroom than it is to take it out,” he said. “It’s a question every parent must face, but there is a simple two-letter answer. That two-letter answer is tough, but it is worth it.”

It may be natural for parents to wonder why a TV in the bedroom is any different from any other room in the home. Gentile says it comes down to ease of access. There is no direct link between the physical presence of a TV and poor grades. Rather, bedroom media makes it easier for children to spend more time watching or playing, which displaces other beneficial and healthful activities.

“We know from decades of research on addiction that the No. 1 predictor of addiction is access. You can’t be addicted to gambling, if there is no place to gamble,” Gentile said. “Access is certainly the gateway to a wide range of effects, both positive and negative.”