Postpartum depression can be common for mothers — but what about fathers? 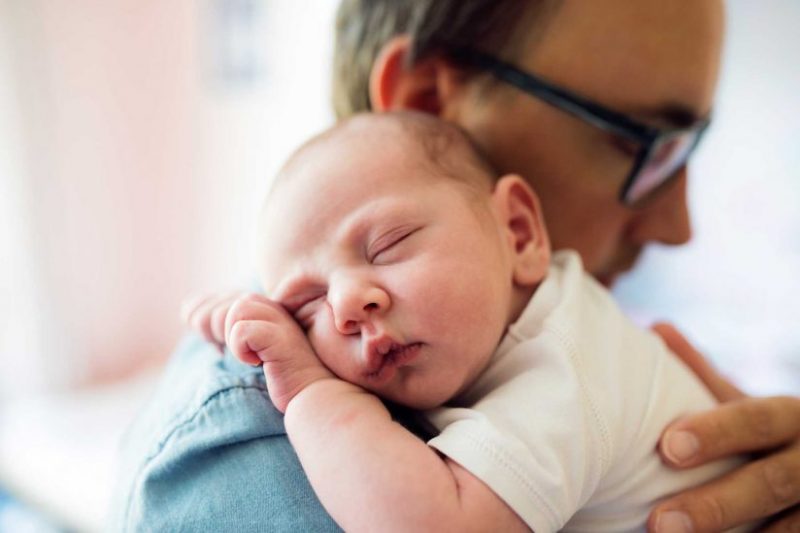 Postpartum depression is often associated with mothers, but a new study shows that fathers face a higher risk of experiencing it if their testosterone levels are low nine months after their children are born.

The same study revealed that a father’s low testosterone may also affect his partner — but in an unexpectedly positive way. Women whose partners had lower levels of testosterone postpartum reported fewer symptoms of depression themselves nine and 15 months after birth.

High testosterone levels had the opposite effect. Fathers whose levels were high faced a greater risk of experiencing stress due to parenting and a greater risk of acting hostile — such as showing emotional, verbal or physical aggression — toward their partners.

The study, published in the journal Hormones and Behavior, supports earlier studies that show men have biological responses to fatherhood, said Darby Saxbe, the study’s lead author and an assistant professor of psychology at the USC Dornsife College of Letters, Arts and Sciences.

“We often think of motherhood as biologically driven because many mothers have biological connections to their babies through breastfeeding and pregnancy,” Saxbe said. “We don’t usually think of fatherhood in the same biological terms. We are still figuring out the biology of what makes dads tick.

“We know that fathers contribute a lot to child-rearing and that on the whole, kids do better if they are raised in households with a father present,” she added. “So, it is important to figure out how to support fathers and what factors explain why some fathers are very involved in raising their children while some are absent.”

Saxbe worked with a team of researchers from USC, UCLA and Northwestern University.

A snapshot of paternal postpartum depression

For the study, the researchers examined data from 149 couples in the Community Child Health Research Network. The study by the National Institute for Child Health and Human Development involves sites across the country, but the data for this study came from Lake County, Ill., north of Chicago.

Mothers in the study were 18 to 40 years old; African-American, white or Latina; and low-income. They were recruited when they gave birth to their first, second or third child. Mothers could invite the baby’s father to participate in the study as well. Of the fathers who participated and provided testosterone data, 95 percent were living with the mothers.

Participants responded to questions about depressive symptoms based on a widely used measure, the Edinburgh Postnatal Depression. They also reported on their relationship satisfaction, parenting stress and whether they were experiencing any intimate partner aggression. Higher scores on those measures signaled greater depression, more stress, more dissatisfaction and greater aggression.

Relatively few participants — fathers and mothers — were identified as clinically depressed, which is typical of a community sample that reflects the general population. Instead of using clinical diagnoses, the researchers looked at the number of depressive symptoms endorsed by each participant.

Men’s testosterone levels were linked with both their own and their partners’ depressive symptoms, but in opposing directions for men and for women.

“It may be that the fathers with lower testosterone were spending more time caring for the baby or that they had hormone profiles that were more synced up with mothers,” she said. “For mothers, we know that social support buffers the risk of postpartum depression.”

To measure parenting stress, parents were asked how strongly they related to a set of 36 items from the Parenting Stress Index-Short Form. They responded to statements such as “I feel trapped by my responsibilities as a parent” and “My child makes more demands on me than most children.” A high number of “yes” responses signaled stress.

Mothers also answered questions from another scientific questionnaire, the HITS (Hurts, Insults, and Threats Scale), reporting whether they had experienced any physical hurt, insult, threats and screaming over the past year. They also were asked if their partners restricted activities such as spending money, visiting family or friends or going places that they needed to go.

“Those are risk factors that can contribute to depression over the long term,” Saxbe said.

Although doctors may try to address postpartum depression in fathers by providing testosterone supplements, Saxbe said that the study’s findings indicate a boost could worsen the family’s stress.

“One takeaway from this study is that supplementing is not a good idea for treating fathers with postpartum depression,” she said. “Low testosterone during the postpartum period may be a normal and natural adaptation to parenthood.”

She said studies have shown that physical fitness and adequate sleep can improve both mood and help balance hormone levels.

In addition, both mothers and fathers should be aware of the signs of postpartum depression and be willing to seek support and care, Saxbe said. Talk therapy can help dads — or moms — gain insight into their emotions and find better strategies for managing their moods.

“We tend to think of postpartum depression as a mom thing,” Saxbe said. “It’s not. It’s a real condition that might be linked to hormones and biology.”