Scientists at George Washington University in Washington D.C, have uncovered a potential on/off switch relating to consciousness. The original study, appearing in Epilepsy and Behavior, may have unlocked a vital ‘key’ through electrical stimulation.

This was an accidental discovery that was uncovered while probing a 54-year old epileptic patient. Researchers were tracing electrical signals within the woman, attempting to determine the source of her seizures.

While they were trying to locate the source, they accidentally stimulated the claustrum. This part of the brain is a thin ‘sheet-like’ area of neurons that is only a millimetre deep. It had never been stimulated before, creating a surprising discovery.

During this accidental discovery, the woman lost consciousness. Once the claustrum was stimulated, she had stopped speaking, was unable to move, and exhibited a decreased respiratory rate. She was completely unresponsive, unable to respond to visual and auditory cues. Once stimulation subsided, she regained consciousness without any memory of the event.

Researchers repeated this stimulation thinking that the woman had lost motor and linguistic capabilities. They instructed the woman to repeatedly snap her fingers or repeat a single word. If it was her motor skills and speech that were impaired, they expected the woman to abruptly stop responding when stimulation was applied. This was not what they found.

Upon the second stimulation, the woman began to gradually decrease her movement and speech. Dr. Mohamad Koubeissi was the head researcher, explaining that the claustrum may very well play a vital role when examining consciousness. 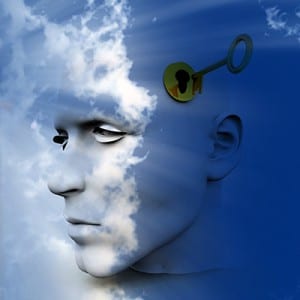 He reported to New Scientist, saying, “I would liken it to a car. A car on the road has many parts that facilitate its movement – the gas, the transmission, the engine – but there’s only one spot where you turn the key and it all switches on and works together. So while consciousness is a complicated process created via many structures and networks – we may have found the key.”

The woman that participated in the study did not exhibit a ‘normal’ brain according to Anil Seth, a researcher at the University of Sussex, UK. The participant had part of her hippocampus removed prior to this study. This prior surgery attempted to treat her epilepsy.

Although this is only one patient, the results have now potentially unlocked a vital clue regarding human consciousness. Additional research will be needed, but Koubeissi explained that this research can be difficult because probing the brain solely for research purposes is out of the question.

These findings may provide crucial information regarding epilepsy and patients who are in a semi-conscious state. These findings are just the beginning as research is still in a very early stage. In the mean time, Koubeissi plans on utilizing this new information to stimulate the claustrum and surrounding area. He is interested in using this information to reduce seizures in animals. Due to this exciting information, you are sure to read more about this in the upcoming months and years.