A new study from the University of Cambridge is suggesting that poor connectivity between “hubs” in the brain are more strongly related to childhood learning difficulties than problems within regions themselves.

There are many learning difficulties experienced by children and are often associated with cognitive and/or behavioural problems. Some of these children who struggle at learning receive a formal diagnosis of a specific learning difficulty or disability, such as dyslexia, dyscalculia or developmental language disorder, or of a developmental disorder such as attention deficit and hyperactivity disorder (ADHD), dyspraxia, or autism spectrum disorder.

There have been different brain regions and collections of regions that have been associated with certain learning difficulties. ADHD, for example, has been linked to the anterior cingulate cortex, caudate nucleus, pallidum, striatum, cerebellum, prefrontal cortex, the premotor cortex and most parts of the parietal lobe. A team of scientists at the MRC Cognition and Brain Sciences Unit, University of Cambridge are proposing that there are, in fact, no specific brain areas that cause these difficulties but rather its the connections between regions causing the problem.

To test their hypothesis, the researchers used machine learning to map the brain differences across a group of almost 479 children, 337 of whom had been referred with learning-related cognitive problems and 142 from a comparison sample. The algorithm interpreted data taken from a large battery of cognitive, learning, and behavioural measures, as well as from brain scans taken using magnetic resonance imaging (MRI). (You can find the reference to the study below).

The researchers found that the brain differences did not map onto any labels the children had been given—in other words, there were no brain regions that predicted having ASD or ADHD, for example. More surprisingly, they found that the different brain regions did not even predict specific cognitive difficulties – there was no specific brain deficit for language problems or memory difficulties, for example.

Instead, the team found that the children’s brains were organised around hubs, like an efficient traffic system or social network. Children who had well-connected brain hubs had either very specific cognitive difficulties, such as poor listening skills, or had no cognitive difficulties at all. By contrast, children with poorly connected hubs – like a train station with few or poor connections – had widespread and severe cognitive problems.

“Scientists have argued for decades that there are specific brain regions that predict having a particular learning disorder or difficulty, but we’ve shown that this isn’t the case,” said Dr Duncan Astle, senior author on the study. “In fact, it’s much more important to consider how these brain areas are connected – specifically, whether they are connected via hubs. The severity of learning difficulties was strongly associated with the connectedness of these hubs, we think because these hubs play a key role in sharing information between brain areas.” 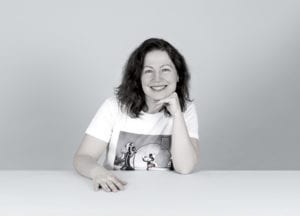 Dr Astle said that one implication of their work is that it suggests that interventions should be less reliant on diagnostic labels.

“Receiving a diagnosis is important for families. It can give professional recognition for a child’s difficulties and open the door to specialist support. But in terms of specific interventions, for example from the child’s teachers, they can be a distraction.

“It’s better to look at their areas of cognitive difficulties and how these can be supported, for example using specific interventions to improve listening skills or language competencies, or at interventions that would be good for the whole class, like how to how to reduce working memory demands during learning.”

The findings may explain why drugs treatments have not proven effective for developmental disorders. Methylphenidate (Ritalin), for example, which is used to treat ADHD, appears to reduce hyperactivity, but does not remediate cognitive difficulties or improve educational progress. Drugs tend to target specific types of nerve cells, but would have little impact on a ‘hub-based’ organisation that has emerged over many years.

While this is the first time that hubs and their connections have been shown to play a key role in learning difficulties and developmental disorders, their importance in brain disorders is becoming increasingly clear in recent years. Cambridge researchers have previously shown that they also play an important role in mental health disorders that begin to emerge during adolescence, such as schizophrenia.