Play games with your kids this summer to boost their brains 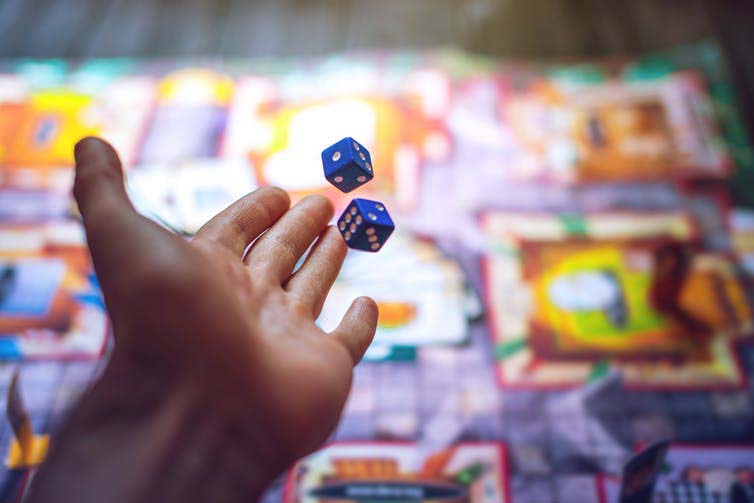 Many board games strengthen the hippocampus and prefrontal cortex of the brains of players. This results in improved cognitive functions such as IQ, memory, information retention and problem-solving.
(Shutterstock)

Research shows that playing games can enhance our personal, social and emotional well-being, as well as our mental acuity.

A study conducted at Harvard Medical School in 2017 points out that loneliness can be more detrimental to health than smoking. Happiness, on the other hand, is strongly correlated with close relationships with family members and friends.

Playing both board games and video games with family members provide opportunities to get together and develop these relationships. They stimulate players physically, mentally and emotionally.

The nucleus accumbens is an area of the brain responsible for processing environmental stimuli related to rewarding or unpleasant experiences. Its functioning is based on the neurotransmitters dopamine, which promotes desire, and serotonin, which promotes satiety and inhibition.

Increase in gray matter in the nucleus accumbens leads to more positive experiences and enthusiasm.

The amygdala is an almond-shaped set of neurons located deep in the brain’s medial temporal lobe. It is part of the limbic system and responsible for processing emotions. A decrease in gray matter in the amygdala leads to stress reduction and increased calmness.

Research also shows that action video game experts have more grey matter and enhanced functional connectivity in the insula subregions of their brains.

The insula is a small portion of the cerebral cortex, responsible for self-awareness and present moment awareness. Increase in gray matter in the insula of the brain facilitates better decision-making.

Many board games also strengthen the hippocampus and prefrontal cortex of the brains of players. This results in improved cognitive functions such as IQ, memory, information retention and problem-solving.

Human brains have two hippocampi, located in each of the temporal lobes below the cerebral cortex. These are mainly responsible for memory consolidation along with spatial navigation and orientation. An increase in gray matter in the hippocampus is desired for better memory and for prevention of dementia.

The prefrontal cortex is located at the very front of the brain and is responsible for performing “executive functions” such as reason, logic, problem-solving, planning, memory, directing attention, developing and pursuing goals and inhibiting counterproductive impulses. 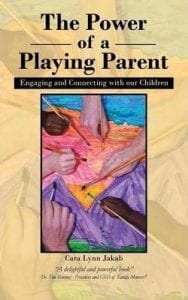 The Power of a Playing Parent : Engaging and Connecting with Our Children

A study published in Frontier Human Neuroscience in 2015 documented the results of using a “Virtual Week (VW)” training game with older adults. This was a computerized game that simulated the schedule of a day on the circuits of the board, engaging participants in events such as choosing what to eat for meals or how to interact with others. The game also asked them to remember to do things on time — for example to take medication at breakfast, or deliver a message to colleagues.

Participants were trained to play the game for 12 sessions of one hour, over a period of a month. This resulted in cognitive and neural plasticity, improving the “prospective memory” of the participants — the ability to remember and successfully execute intentions and planned activities.

Playing collaborative strategic board games in an informal and interactional context has also been found to improve computational thinking — including skills such as conditional logic, distributed processing, debugging, simulation and algorithm building.

Research has also found that playing video games with family or friends can reduce the risk of mental health problems such as schizophrenia, post-traumatic stress disorder (PTSD) and neurodegenerative diseases such as Alzheimer’s among adults.

One study, published in 2014 in the American Psychological Association also reported that playing video games could help children with dyslexia.

Then benefits of playing games can be increased by metacognition (thinking about thinking) and meditation sessions. Although there is ample research evidence to show that playing board and video games substantially affect the brain positively, adults need to stimulate metacognition in children — encouraging them to explain why they made certain decisions during the game.

This type of probing can make video and board games more powerful tools for developing mental acuity among kids.

Combining game sessions with short meditation sessions may also enhance the quality of time spent together with family and friends in a purposeful, joyous manner.

Balance board games and video games

Games do come with many cognitive benefits but striking a balance is the key. Too much of anything can be detrimental.

Research shows that kids need to be encouraged to participate in social games as well as instructional and video games, but the negative consequences of getting addicted to these should also be explained to them.

As adults also we need to keep a watch on how much time we spend playing games, and on the type of games played.

very interesting and helpful information.people can improve their abilities, they will strong mentally as well as physically by playing games
thanks for sharing nice information