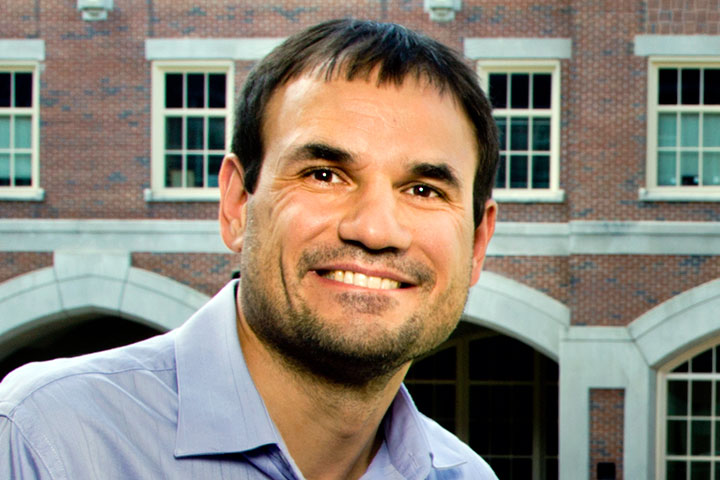 Antonio Terracciano, associate professor at the FSU College of Medicine

For years, scientists and physicians have been debating whether personality and behavior changes might appear prior to the onset of Alzheimer’s disease and related dementias.

Now, the findings of a new and comprehensive study from FSU College of Medicine Associate Professor Antonio Terracciano and colleagues, published today in the journal JAMA Psychiatry, has found no evidence to support the idea that personality changes begin before the clinical onset of mild cognitive impairment (MCI) or dementia.

“We further found that personality remained stable even within the last few years before the onset of mild cognitive impairment,” Terracciano said.

Terracciano, College of Medicine Associate Professor Angelina Sutin and co-authors from the National Institute on Aging examined data from the Baltimore Longitudinal Study of Aging. The study looked at personality and clinical assessments obtained between 1980 and July 2016 from more than 2,000 individuals who initially showed no cognitive impairment.

About 18 percent of study participants later developed MCI or dementia.

“We compared whether personality change in people who later developed dementia differed from those who remained cognitively normal,” Terracciano said. “Unlike previous research, this study examined multiple waves of self-rated personality data collected up to 36 years before participants developed any sign of dementia.”

What the researchers found is that the trajectory of personality traits did not differ between those who would later develop dementia and those who did not.

While personality change was not an early sign of dementia, Terracciano’s study provides further support that personality traits (including high levels of neuroticism and low levels of conscientiousness) are risk factors for dementia.

For physicians and loved ones, personality changes remain an important consideration in the care of those who have already experienced the clinical onset of MCI or dementia. Increasing apathy, irritability, mood changes and other behavioral symptoms impact quality of life for both patients and their caregivers.