Today we talk to Dr Pat Ogden, whom many of you in the trauma field will be familiar with. She’s been on the leading edge of somatic trauma therapy for years and her Sensorimotor Psychotherapy® has been a wonderful addition to the trauma therapists intervention options. We loved catching up with Pat, getting a little bit of history, and talking about her work.

COUPON CODE: 02012021. (Click on the advertisement below for more information and registration) 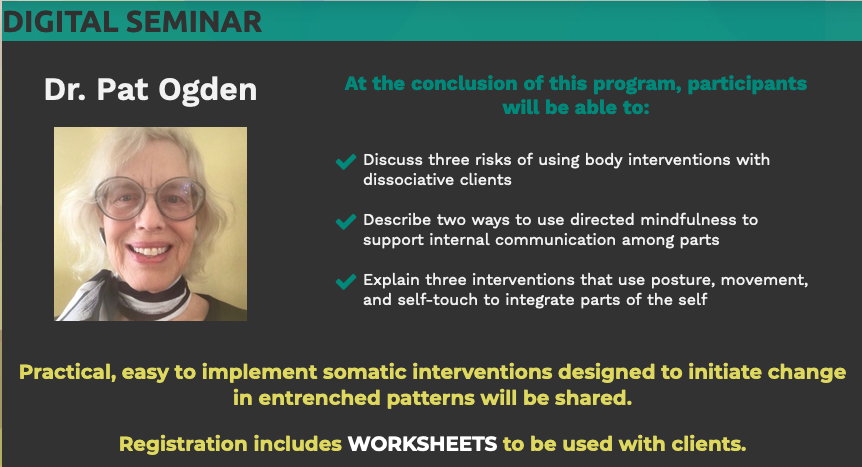 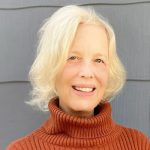 Biography: In the early 1970s, while working as a technician and yoga/dance teacher at a short-term psychiatric hospital, Pat Ogden became interested in the correlation between her clients’ disconnection from their bodies, their physical patterns and their psychological issues. Before the Diagnosis of Post-Traumatic Stress Disorder was included in the Diagnostic and Statistical Manual of Mental Disorders (DSM), Dr. Ogden recognized first-hand the way in which many of her patients were at the mercy of reliving the past, and that current treatment methods only seemed to trigger traumatic reminders. Recognizing the link between the body and psychological issues, she began to form the foundations of Sensorimotor Psychotherapy® by joining somatic therapy and psychotherapy into a comprehensive method for healing this disconnection between body and mind. In 1981, after co-founding the Hakomi Institute, pioneered by Ron Kurtz, Dr. Ogden founded her own school, a branch of the Hakomi Institute, which is known today as the Sensorimotor Psychotherapy Institute (SPI).