Oxytocin Turns Up the Volume of Your Social Environment 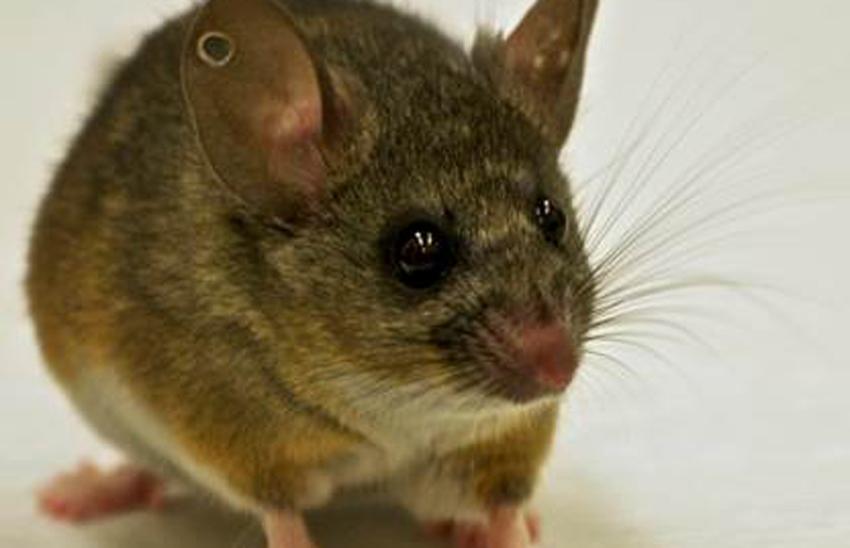 California mouse (Peromyscus californicus): Working with females of this species, UC Davis researchers found a form of social anxiety that can be a model for human stress and anxiety disorders. (Sarah Laredo/UC Davis photo)

efore you shop for the “cuddle” hormone oxytocin to relieve stress and enhance your social life, read this: A new study from the University of California, Davis, suggests that sometimes, blocking the action of oxytocin in the brain may be a better option. The results are published online in the journal Biological Psychiatry.

Sometimes popularly called the “love hormone,” oxytocin is a hormone released in the brain that plays a major role in social relationships. The new work by behavioral neuroscientists Natalia Duque-Wilckens and Brian Trainor shows that after negative social interactions, oxytocin promotes avoidance of unfamiliar social situations.

Trainor and Duque-Wilckens worked with female California mice. When stressed, these mice can show a form of social anxiety, staying away from unfamiliar mice instead of approaching. The new study shows that a single dose of a drug that blocks the activity of oxytocin restored normal social behavior in stressed females.

The result is exciting because “for antidepressants like Prozac to have this same effect, it takes a month of daily treatment,” said Trainor, a professor in the UC Davis Department of Psychology, College of Letters and Science.

This outcome was expected based on a previous study from the lab, which showed that social stress increased the activity of oxytocin-producing cells in the brain and that females given intranasal oxytocin avoided new social contexts. 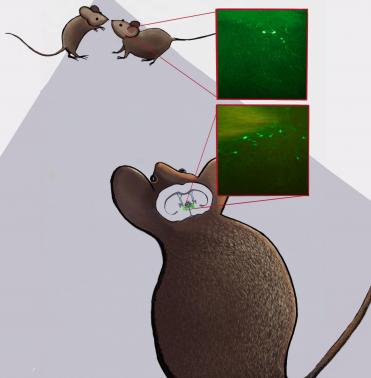 In a positive context, such as with family or friends, oxytocin could promote social approach behavior (hence the “cuddling” hormone). However, in a negative context, like bullying, oxytocin could promote social avoidance. One question left unanswered by this theory is how the same hormone could have such different effects on behavior. The new study led by Duque-Wilckens provides an explanation.

Trainor said a consistent theme in oxytocin research is that experience and the surrounding environment have important effects on how oxytocin affects behavior.

“Stressful social experiences appear to change which parts of the brain use oxytocin,” he said. “Understanding how this works in a mouse gives us new ideas on how we could use drugs targeting oxytocin to reduce social anxiety.”