The brain’s mu opioid receptors, the same receptors targeted by morphine, are responsible for the depression-relieving effects of an antidepressant called tianeptine, reports a new study from researchers at Columbia University Medical Center.

The antidepressant also relieves pain, the researchers found, but without causing withdrawal symptoms associated with morphine and other opioids. The research, which was conducted in mouse models, appears online in advance of publication in the journal Neuropsychopharmacology.

Depression is one of the leading causes of disability, yet available treatments fail to help more than one-third of patients. The majority of drugs for depression (SSRIs) act on the brain’s serotonin system, and very few new drugs have been brought to market in recent years.

Tianeptine is approved for use in Europe, Asia, and South America, but the way in which it produces antidepressant effects was previously unknown. The drug works as well as SSRI treatment but without the sexual side effects of SSRIs. 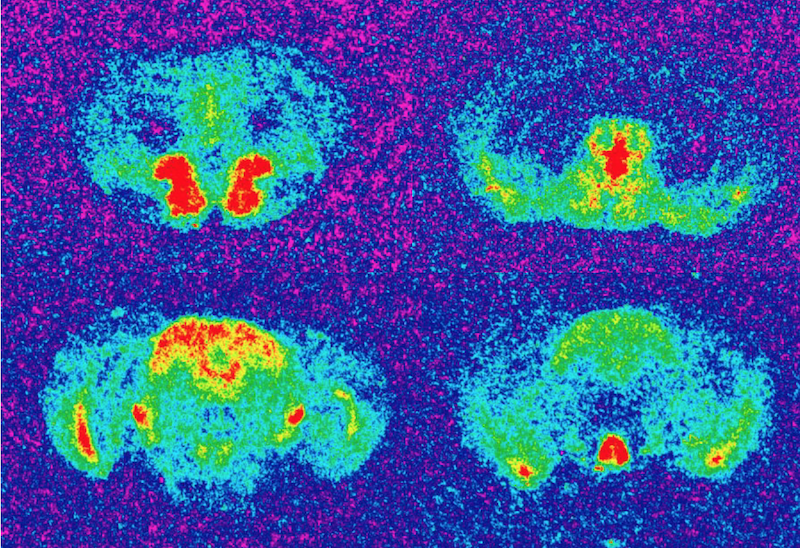 The researchers found that tianeptine fails to produce an antidepressant effect in mice when the mu opioid receptor is blocked with antagonists or genetically removed. A metabolite of tianeptine, called MC5, is probably the drug’s active ingredient and could be used to develop a more effective version of the antidepressant. (Medication adherence is low with tianeptine, as patients must take three doses of tianeptine per day.)

The best known agonist of the mu opioid receptor is morphine, which is a very effective pain killer but also a drug of abuse. The researchers found that tianeptine also reduces pain but does not result in tolerance or withdrawal like morphine. Tianeptine may have potential as a painkiller, but it has yet to be studied in that capacity.

“Our work highlights a novel way to provide antidepressant treatment and provides a new avenue for the development of potentially more effective antidepressants that offer relief to patients who do not respond to current treatments,” says René Hen, PhD, professor of neuroscience and pharmacology (in psychiatry) and senior author of the study.

Jeffrey Lieberman, MD, chair of psychiatry and psychiatrist in chief of New York Presbyterian Hospital/Columbia University Medical Center, says “the research could open the door to the first major innovation in antidepressant pharmacology in many years, and along with the emerging use of ketamine, signals major advances in the treatment of one of the world’s most painful and costly illnesses.”