The onset of Alzheimer’s disease: the importance of family history 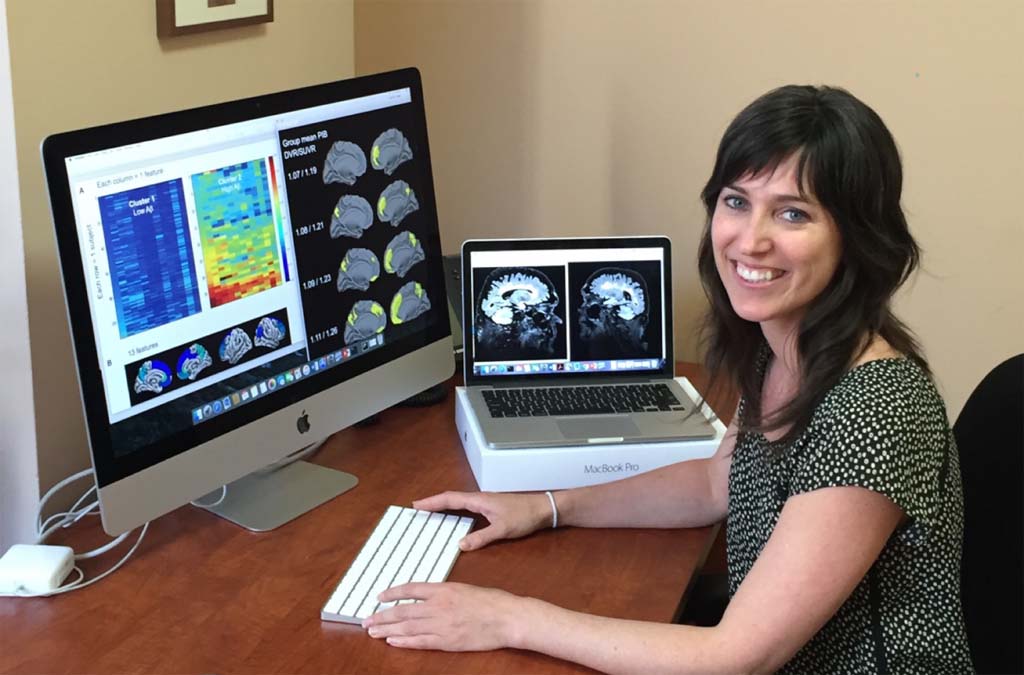 You’re about to turn 60, and you’re fretting. Your mother has had Alzheimer’s disease since the age of 65. At what age will the disease strike you?

A Canadian study published in JAMA Neurology shows that the closer a person gets to the age at which their parent exhibited the first signs of Alzheimer’s, the more likely they are to have amyloid plaques, the cause of the cognitive decline associated with the disease, in their brain.

In this study involving a cohort of 101 individuals, researcher Sylvia Villeneuve (Douglas Mental Health University Institute; CIUSSS de l’Ouest-de-l’Île-de-Montréal) shows that the difference between a person’s age and the age of their parent at the onset of the disease is a more important risk factor than their actual age.

Her team of scientists also found that the genetic impact of Alzheimer’s disease is much greater than previously thought.

“Upon examining changes in the amyloid biomarker in the cerebrospinal fluid samples from our subjects, we noticed that this link between parental age and amyloid deposits is stronger in women than in men. The link is also stronger in carriers of the ApoE4 gene, the so-called ‘Alzheimer’s gene’,” says Villeneuve.

Towards earlier detection of the disease

“Upon examining changes in the amyloid biomarker in the cerebrospinal fluid samples from our subjects, we noticed that this link between parental age and amyloid deposits is stronger in women than in men.

Their study is paving the way for the development of inexpensive methods for the early identification of people at risk for Alzheimer’s disease. According to the Alzheimer Society of Canada, 564,000 Canadians currently have Alzheimer’s disease or another form of dementia. The figure will be 937,000 within 15 years. Presently, there is no truly effective treatment for this disease.